March 2016 was true to form, plenty of wind and rain mixed in with some gloriously fine days aboard My Way. The fishing, when able to get out was generally very good for early season, with some great spurdog fishing available when the weather allowed for travel a little further afield.

One weekend saw My Way take part in an invitation Spring Challenge match between anglers representing Wales, Scotland and the hosts the RAF sea angling section. 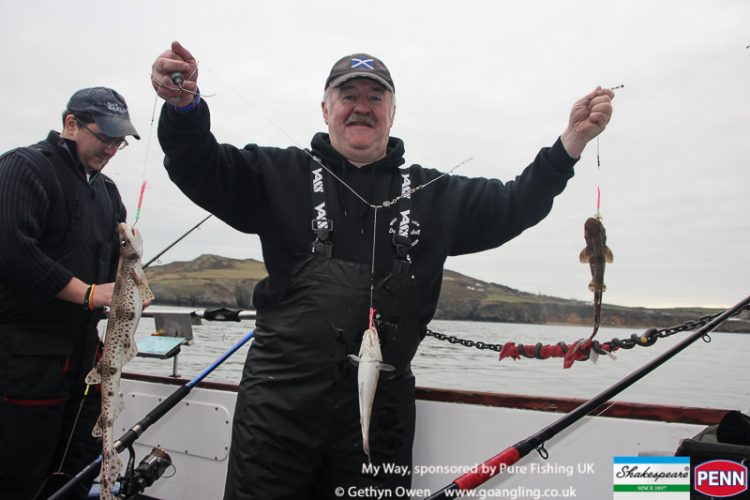 This is the second year of which is now set to become a regular early season outing to blow away the winter cobwebs for these keen match anglers before the season gets into full swing.

All week the forecast was showing a great weekend ahead of us, with light winds and sunshine seemingly the order for the duration of the match. However, things started to change on late Thursday resulting in a change of plans on the Saturday morning as the anglers were greeted to a Force 5-6 southerly blow in Holyhead Bay. Church Bay has fished quite well on the few occasions we’ve been out the past weeks. Nothing too special but ideal match fishing with dogfish, whiting, small huss and other bits species making up respectable numbers. Not too many or too few, just enough really to force tactics and ideas to be thought out properly to maximise the returns. 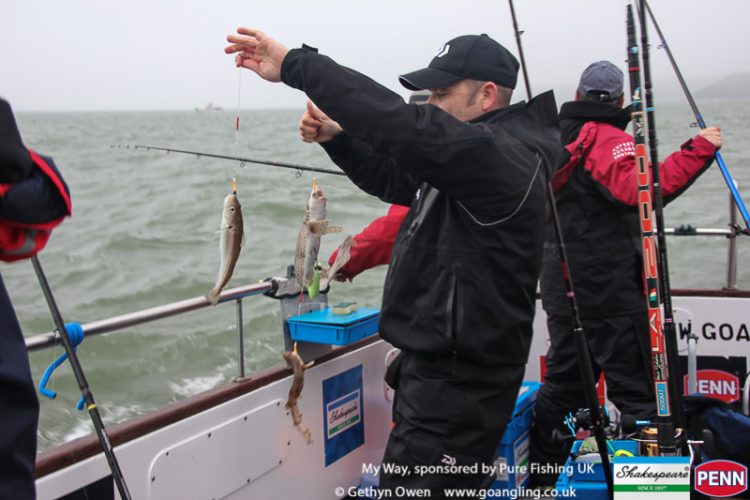 After Church Bay, a move inshore out of the wind, which was blowing across the tide resulted in a good number of whiting falling to all the rods aboard the boat. Again mixed in with some pretty small huss, a few it was suggested that were barely 6 months old.

Back out after the inshore mark, just outside the harbour in search of more fish and maybe a ray. We managed a couple small thornies to add to the numbers. By the end of day one our anglers had amassed a fairly respectable 350 fish between the eight on board, with Scottish International Scott Gibson, pipping his newly appointed Scottish counterpart Scott Rennie across the finishing line. 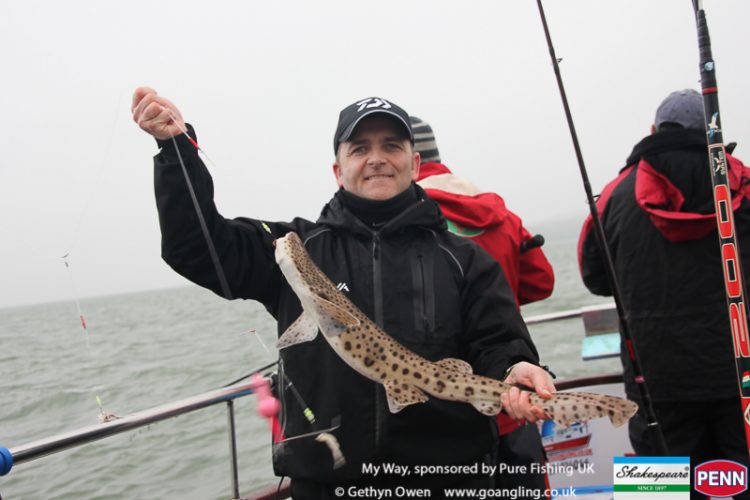 Day two and the atrocious conditions of day one had abated, leaving a glorious blue sky and calm seas. With Wales leading after the day one, and with only 100 points separating all the teams, everything was still to play for. Fishing though was harder than the previous day, despite calmer conditions. I think the extremely murky waters played apart in keeping the fish away from the hooks, with catches at our first mark down drastically on day one. Moving off a couple miles onto the mussel beds things changed, with a strong and cleaner tide the dogs, huss and whiting came out to play with the lads managing the odd brace and triple shot for the score sheet. 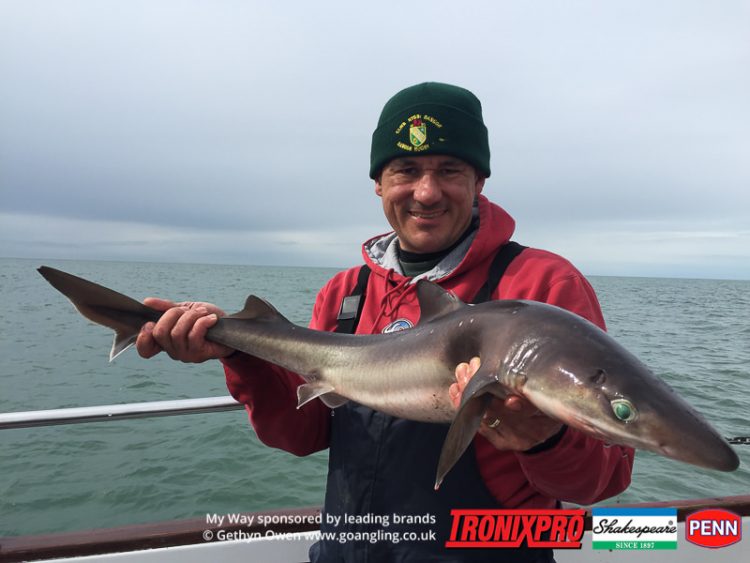 Our general fishing trips in March tend to centre on our mainstay species, dogfish, whiting, codling and huss. These are caught in abundance with rays, coalies, pollack, dabs, congers and a few others making an appearance.

When the weather permitted, we travelled to areas of Holyhead Deep and encounter some fantastic sport from the packs of spurdogs passing through our waters. Normally the Deeps needs a neap tide to be fished successfully. When the weather is great early season the area we fish in the Deeps the tide size is not so critical. Granted the smaller tides give us longer at anchor, but a spring tide can also offer over 2hrs of good fishing. 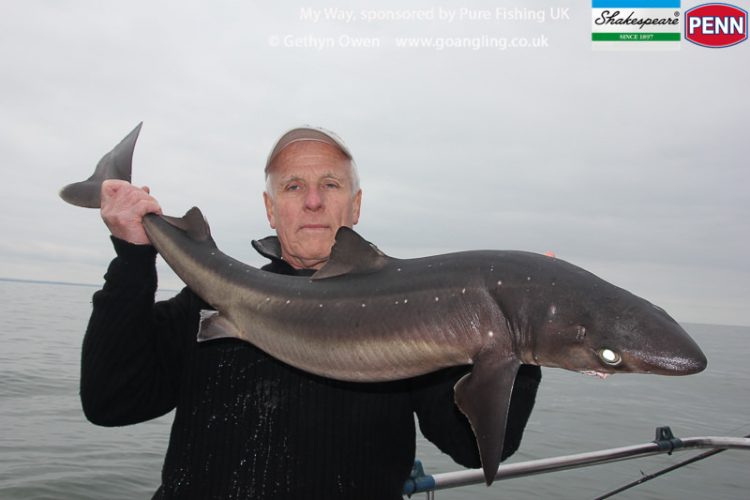 The vast majority of the spurs have been well into double figures, with the biggest falling to Burnley angler Bernard Casey, a fantastic species of 20lb 13oz, 1lb over the current Welsh Record boat caught spur. She was weighed, and released after a quick photograph.

For trip bookings contact the skipper Gethyn Owen on 07971 924046 or visit his website where a handy calendar displays the boat availability for each month.