If you like to see redfish pound surface lures, the last few weeks has been outstanding. The fish are feeding aggressively on the mullet schools as they move south through the region. Mullet are thick both inshore in the Lagoons and along the Atlantic coast beaches. Lures that mimic this baitfish such as the DOA Baitbuster or the 5.5 BFL have been catching plenty of fish.

Inshore, the large amount of thick grass can often be the determining factor in which lure to use. Use a retrieve just fast enough to keep the shallow running Baitbuster on the surface and it will not only draw ferocious strike from redfish and trout but it will skim over most floating grass. In the video below, Jeff used the Baitbuster the entire day and got double digit redfish. Watch some of this slow motion action below in you will become a believer.

Redfish are schooling in groups of up to several hundred fish and can be found in both shallow and deep waters of the Lagoons. The larger fish are in spawning groups and need to be handled with care to protect the future of the resource. The redfish schools can be spotted finning and tailing from long distances on calm days. Cast well beyond the school and quickly reel up to the edge before slowing your retrieve. Schools of ladyfish can be found busting mullet as well and can provide some fast paced ligh tackle action. One may still encounter both large and small tarpon inshore until the first cold fromt arrives. Having heavier tackle is a must for a chance at landing the big ones. 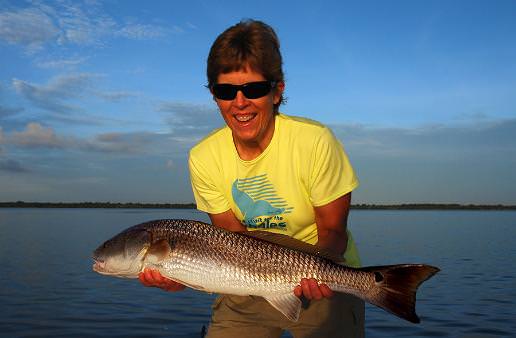 When seas allow, fishing along the Atlantic beaches can result in a myriad of species which are following the mullet as they move south for the winter. This fishing is most easily done from a boat but shore anglers can have some great action as well. Species include tarpon, sharks, redfish, snook, jack crevalle, bluefish, mackerel, and more. The above mentioned mullet imitating lures work well unless the toothy fish such as blues and mackerel outnumber the tarpon, redfish and jacks. Stout tackle is a must for some of these fish as tarpon can easily top 100 pounds and hard fighting crevalle over 30. 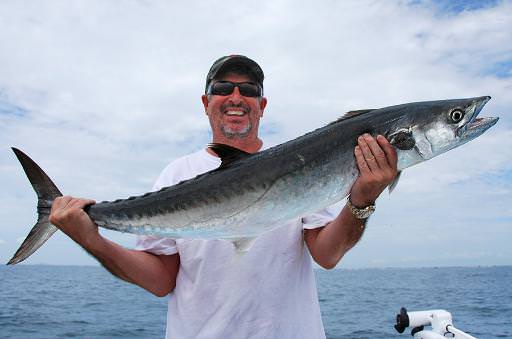 The mullet run will remain steady through the end of the month and fish will be feeding heavily in anticipation of winter which will be arriving soon. If you have never fished the mullet run, it can be some of the easiest and most entertaining catching you have ever had.

For more infromation on Chris’ charters visit his website.

The current government shutdown has resulted in the closure of all national parks and wildlife refuges. The entire Mosquito Lagoon and half of the north Indian River Lagoon is closed both land and water. While you surely may have heard of others still fishing these waters, they will be given a warning for the first offense and are subject to fines for subsequent violations. Areas that remain open are the entire west shore of the Indian River north of the railroad bridge out to the center posts in the river. All waters south of the Titusville bridge are open but the Banana River NMZ is closed.