Island angler Geoff Peterson headed down to the popular pier on West Loch Tarbet, Harris for an evening session yesterday. His whole mackerel bait was picked up by this quality male common skate that measured 81 x 62 inches which equates to 140lb. Geoff used a Century TTLD rod couple with a Penn 525 Mag reel spooled with 100lb Berkeley crystal braid. The trace featured pennel rigged 14/0 and 12/0 Mustad hooks on 5 foot of 200lb mono with a 100gm barrel lead. The rig was cast around 70-80 yards off the end of the productive mark where Joe Campbell from Stornoway recently landed a large female that was missing a large part of its tail. 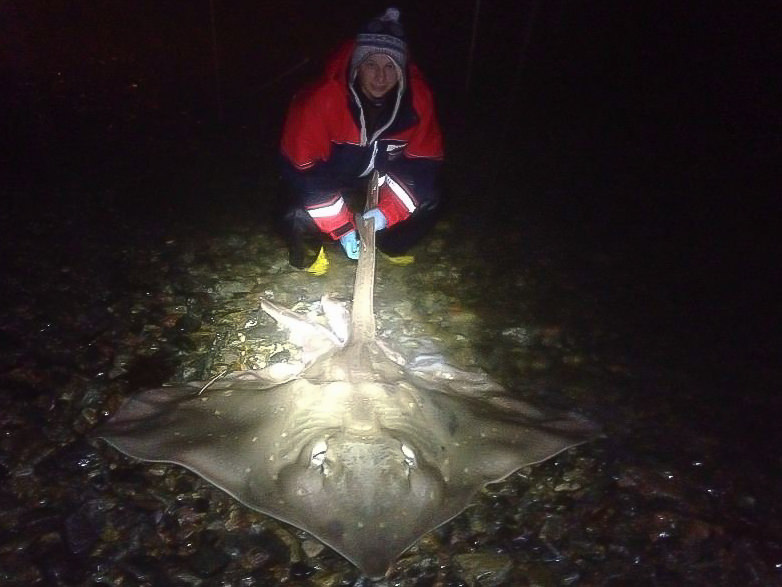 Geoff and Joe’s fish were followed up by this male skate, landed by 16 year old Josh Campbell, Joe’s son. Josh’s fish measured out at 130lb and was the third fish in a very productive start to 2014.