Shore sport has died down a little bit over the last few days with very windy conditions seeing few anglers venture out. Most of the Region’s piers have been almost unfishable due to the wind, but on days when conditions have been a little better, the usual small whiting, flatties, and the odd sized flounder or smaller cod have been taken. The strong westerly winds put a bit of a bump on the sea that is only noticeable when fishing the beach marks, and it is from here that any bigger sized cod continue to be taken particularly on nighttime sessions. Distance casting is often more productive from the clean ground beach marks where these occasional cod have been landed amongst the whiting. The low water marks along the Durham beaches and those between Roker and South Shields have also seen the odd better cod showing. Some beach marks, and even some of the regions piers can fish well in such conditions for those anglers who know where to go, but generally any size cod will be hard to find until a good northerly sea arrives.

Andy Copeland of Moonfleet Angling fished Roker Pier the other morning between 6am and midday. He had loads of quality whiting, the best being 1lb 10oz, with most over the pound together with half a dozen codling to 2½lb. 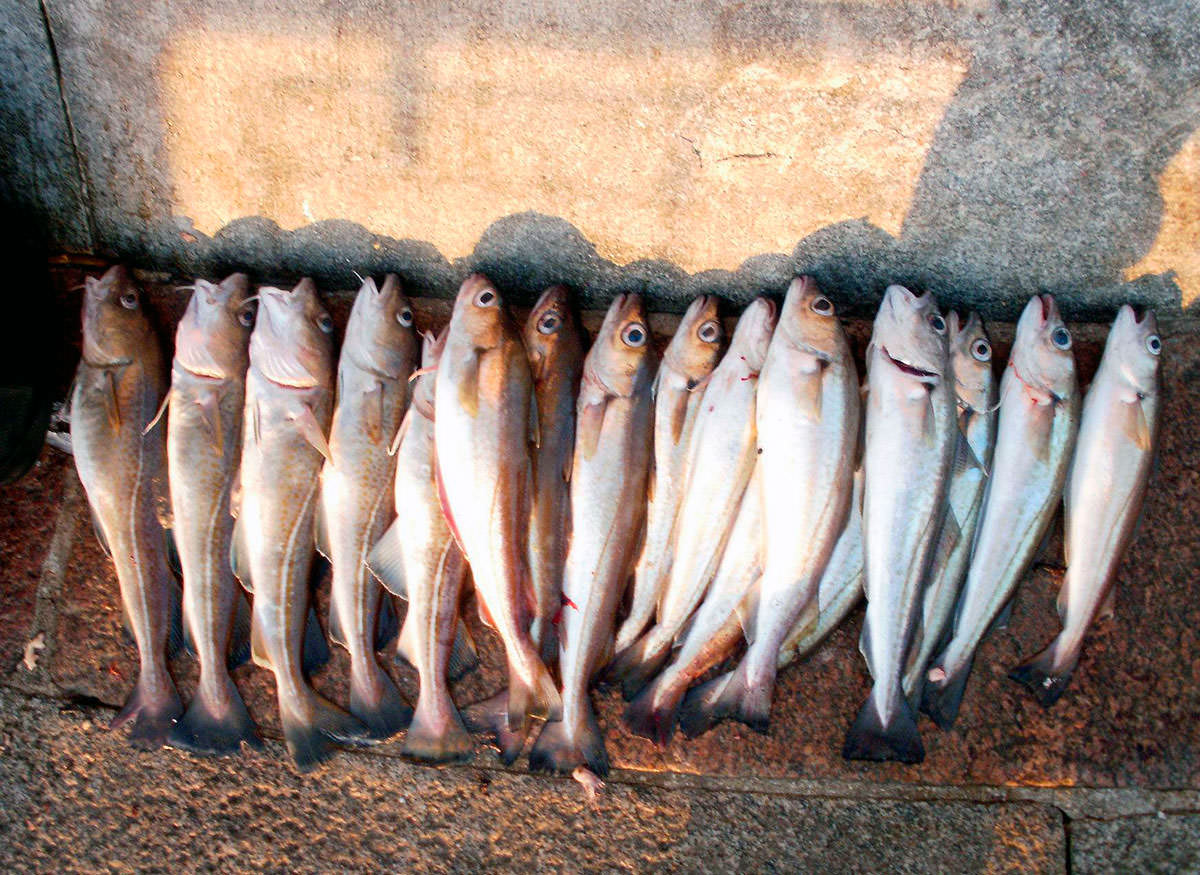 The Tyne and Wear have been popular for those wanting to get out, and the sheltered upriver marks have produced some big bags of mainly small winter flounders with worm and mackerel baits the most productive. The lower river marks at the Rathouse Corner in the Wear and the Walkway in the Tyne have all produced at least some in size whiting, flounders, small codling and coalies. The rock edges north of the Tyne have been surprisingly quiet with just the odd cod around the 2lb mark reported from Newbiggin and Beadnell.

A Tynemouth match saw 22 out of the 50 anglers weigh in mixed bags from the lower Tyne where Shaun Brandon won with two cod, the best weighing 2lb 2oz, a whiting and a pouting for a toatl weight of 5lb 2oz, followed by Norman Douglas with six whiting and one dab weighing 5lb 1oz. A Cleadon match saw most anglers head for the sheltered rock edges at Marsden looking for the better cod. Steve Taarland won with a single cod of 4lb 5oz this mark while the runner-up, Bob Heslop, braved South Shields pier to land a single cod of 4lb 2oz. Third placed Rob Wells was back at Marsden with a cod of 4lb. Andy Robson fished the Tyne to win an East End match with 10 whiting totalling 8lb 14oz, Nicky Robson also fished the Tyne to take second place with a cod of 2lb 7oz, which was the heaviest fish, plus a flounder for a 3lb 1oz total. The last Ryhope Tuesday evening sweepstake saw Ritchie Carr win with a cod of 5lb 6oz; Chris Coxon had one of 3lb, and Lee Burton one of 2lb 10oz. The first Ryhope club match of 2014 is on Sunday January 4th fishing from 2pm until 6pm. Contact Bob Surtees on 0191 5237272 for details.

The Seaham Boxing Day Open produced a few cod despite flat calm, daylight conditions with 15 out of the 57 entrants weighing in 36 fish for a total of 32.70lb. Aaron Stead won with a cod of 4.15lb taken from the North Pier, Dean Furness had a cod of 3.94lb from Hawthorne Hive, Gary Pye had a cod of 3.19lb from the Blast Ledge and he also had a good result taking the heaviest bag with nine fish for 14.40lb and the team event with Darren Swan with a total of 12 fish for 17.18lb. 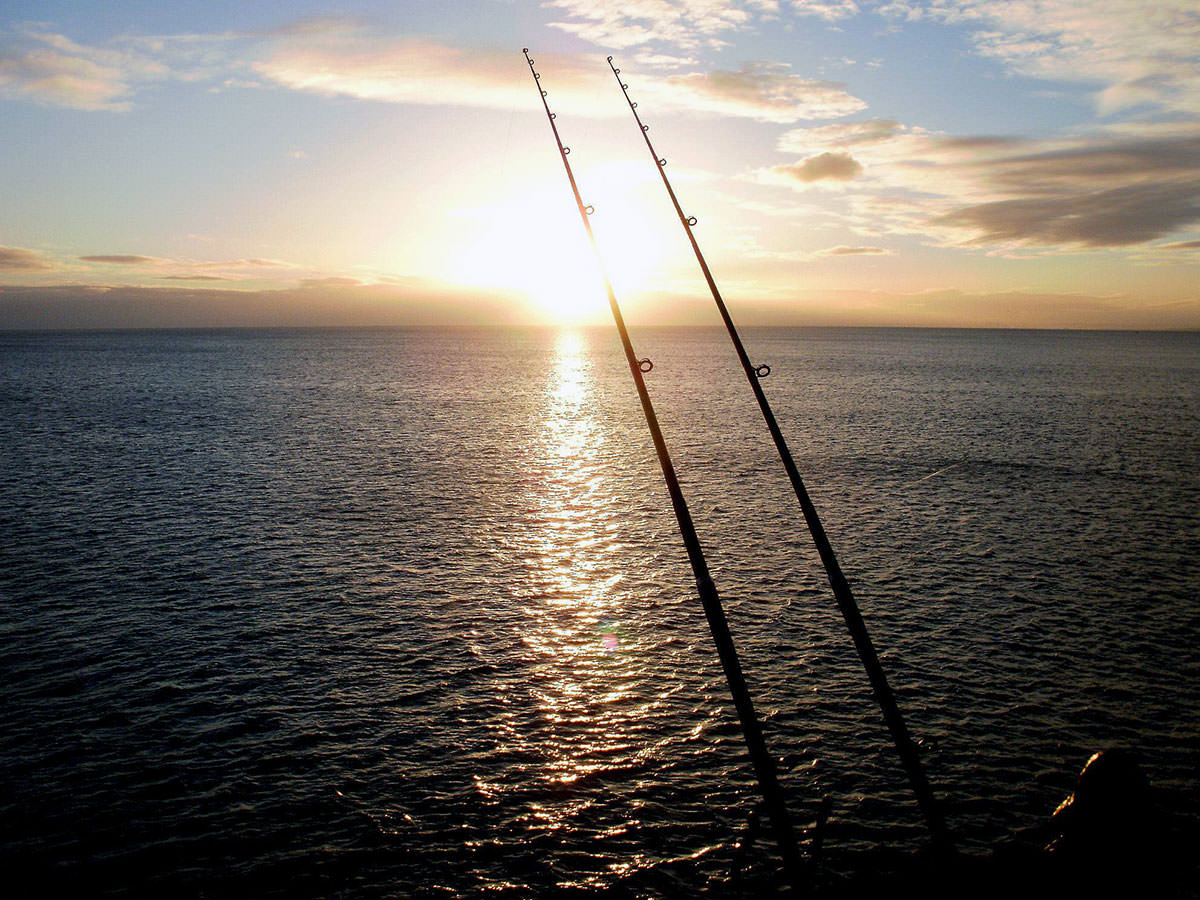 The rock edges around the Whitby area and at Robin Hoods Bay seem to be producing a few cod around the 5lb mark on a night time session but few of these fish were evident further north for the Redcar Open which Ian Thompson won with a cod of 3lb 14oz, on a day that saw11 out of 60 weigh in on a day when anglers struggled to find anything of great size.

The popular Amble Open is on Sunday January 5th 2014 with fishing from 9am until 2pm between Seahouses South pier and Lynemouth pipe. As usual, the prize structure is excellent with £500, £300 and £150 for the top three heaviest bags, £300, £200, and £100 for the top three heaviest fish, and a rod, £100, and £50 for the best flatfish. There are three cash prizes for the top three ladies and juniors, plus a full supporting prize table with raffle prizes. Basic entry is £12 all classes that includes the heaviest flatfish sweep. Register on the day at the Radcliffe Club or the Amble Angling Centre from 7am. Note that cart and edible crab bait is not allowed, flatfish must be presented in a bucket of water alive and ready to be returned. Stewards will be patrolling in force this year and will be checking as many bags and car boots as possible. Contact Jim French 01665 711007 for details. To order bait contact the Amble Angling Centre on 01665 711200.