Andrew Riley fished two hours of the ebb last Friday at Preston Bullnose and caught a flounder and an eel on fresh black worm. Andrew thinks that the lack of fish is down to the freshwater moving them further out. Reece Medcalf fished last Friday at Fleetwood Channel down to low water. He landed one flounder and a couple of eels on fresh black worm.

Rick Pennington reports that it was hard work last Saturday on the Gynn. He Fished with Glyn Hopkins, John Carden and Scott Davidson and they found it windy with rough seas. Although starting with a flounder the session didn’t really amount to much, Scott had a nice flounder as did Glyn and Rick had a codling at high water and that was about it.

Joe Green reports that last Saturday was hard going on the wall. He fished with Kevin Fletcher and Brad Sim just down from Red Bank. He saved the blank with a small pup tope on baited Fish Zone mackerel feathers from Bispham Angling and had a small hound on worm tipped with squid. 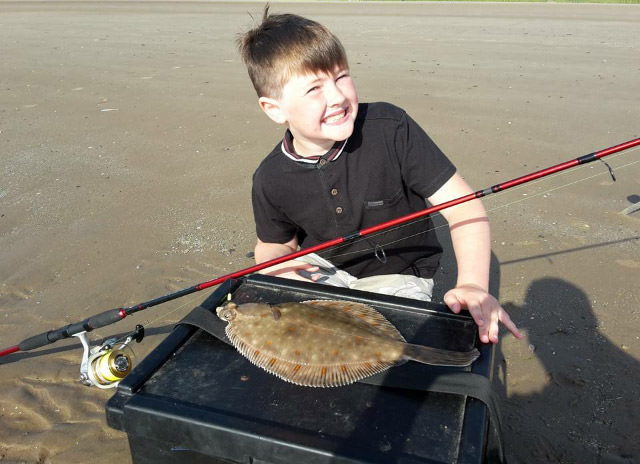 Rick Pennington was back out on Sunday fishing Harrowside until the early hours and was surprised again by sea state and strength of the 15 mph almost westerly wind that had got up. It was looking very surfy and bassy but ended up with a flounder, couple of small tope and a nice, hard to find eel off the beach.

John Pearson fished the Gynn Wall on Sunday afternoon. He fished two hours up and two down. Despite a lack of bites, he was determined to avoid a third blank in a row, so fished to the death. The last half hour and suddenly a bite produced in a dover sole. The next cast and within two minutes another bite and another sole. The next cast lost another sole at the wall before running out of bait. The sole were lying at the base of the wall and took black lugworm on small hooks.

Kristian Leslie fished last week and reports that it was a mixed day. He took the kids out for a low water session at Harrowside and arrived an hour before low intending to fish the flood armed with shellfish and fish baits. Kian landed two flounder and a 40cm plaice on prawn and razor fish. Paige saved her day with a nice flounder to razor. 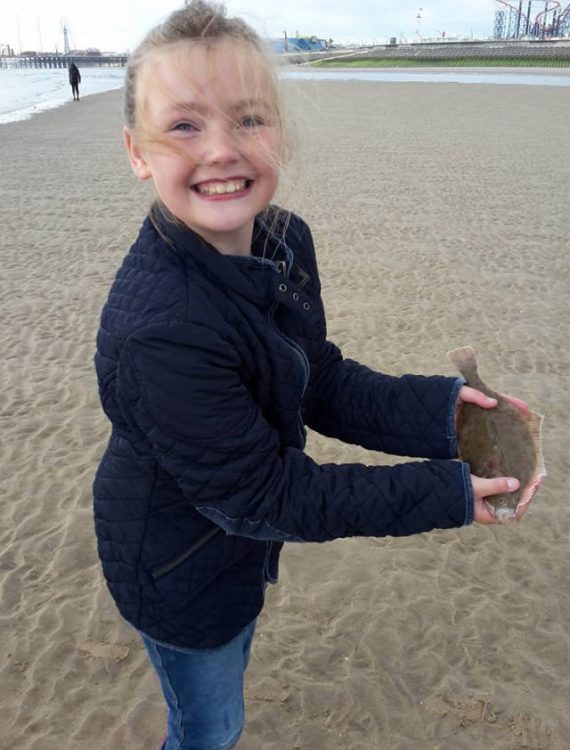 Sunday the 10th of July is the date for Bispham Angling and Lancashire Sea Fishing’s next match with fishing between 2pm and 6pm. Check in at Bispham Angling from 12pm. Presentation 6.30pm at the shop. £10 entry fee which includes a bait pack. Only bait provided in the bait pack can be used. For more details, please contact Bispham Angling. RNLI raffle on the day £1 per ticket.