Leslie Bentley fished the Gynn Wall last Monday with Dave to try and get another fish for his species hunt. First cast produced a flounder then a switch to big baits produced a tope for the list. This was followed by another flounder while Dave landed a smoothhound, whiting and a plaice.

Last Wednesday, Rick Pennington fished at Harrowside and was struggling for fish until high water had passed and darkness arrived. He copped a heavy shower but beached a small tope and some whiting to cancel out the poor night at the 5-Bar Gate. 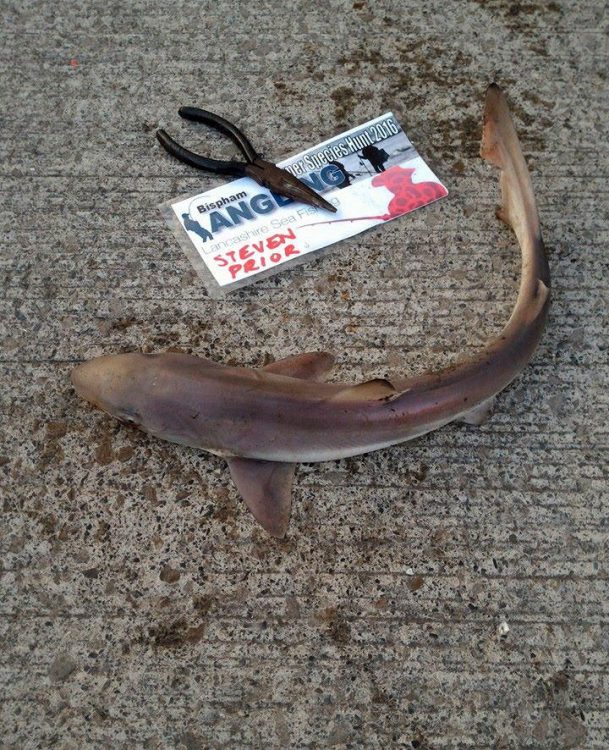 Steven Prior was out last Wednesday at Gynn after a trip to Bispham Angling for some blacks. First cast saw the blank avoided before a tope took the bait on the second rod.

Terence Gargan had an outing to the North Wall at Heysham to fish the night tide where he and Bert and Jeff arrived to a stiff NW breeze. He set up three rods, one a pulley rig with 2/0 hooks and the others with two hook flyers. To say the least, it was slow fishing until after high water when Bert had a small whiting and a very small dab. Jeff and Terence were still blanking but as he baited up for Bert, who is blind, his rod started bouncing down the wall. Rushing back and he started reeling in it felt like he had hooked a monster as it raced all over the place. After a monumental battle he landed his first ever shore caught starry smoothhound of around 5lb, his biggest fish from the wall in 40 years. The perpetrator picked up a peeler crab bait and despite another two takes they didn’t connect with any more hounds. 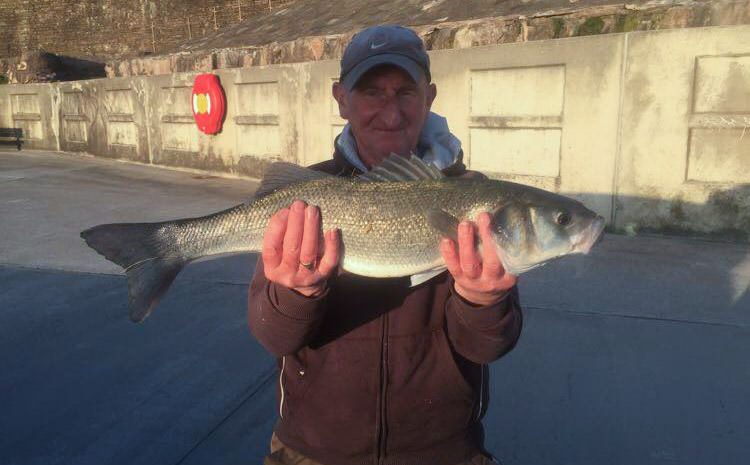 Last Thursday, David Hoyle decided to fish Gynn with his mate Les. A fairly brisk north westerly meant there was a nice surf on the sea. The first couple of casts produced nothing then he landed a smoothhound of 5lb 2oz followed by a tope. The weed became a pain just before high water and they departed after an hour of the ebb.

Chris Shaw had another session on Friday and fished the south shore using worm, squid and peeler. First cast produced a small codling then nothing else until two hours into the ebb when Mr Bass fancied some worm, a fish of 4lb 2oz. 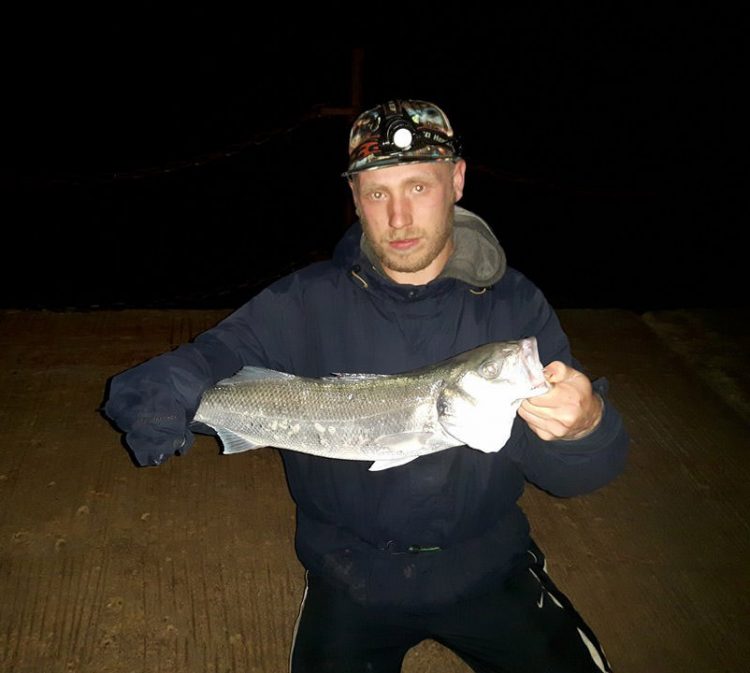 Mark Thompson fished on Friday night with Steve Prior at the Gynn after using the late opening facility at Bispham Angling for some worm. They found lots of weed on the flood which made it un-fishable. All he had were whiting, as did for Steve but he also had a few doggies, not the best session but better than a blank.

Karl Fairhurst finished a night shift and thought sod it I’ll go and have a chuck. He headed down to Bulls Nose, Preston arriving there just after half nine. With no one in sight he picked his spot and set up. At about ten a few more turned up but the fishing was not very good as there was not much of a pull on the tide and quite breezy. Bait was frozen black and bluey, not many bites then just after the flood started a nice 34cm flounder showed up. Saved a blank and as far as he could tell no one else caught anything. Fished four hours in total with two up and two down, high tide was at 11:30.

Alex King fished Saturday night on the Gynn Wall towards Bispham and not expecting too much with reports of weed along with the wind. Fishing was slow up until high water with only a codling to show for his efforts then the fish came of the feed. He landed a 7lb 12oz thorny and a couple of hound of around 4-5lb before it died on the ebb.

Rick Pennington was out again last Saturday for a late evening session on the Gynn with the Inlanders, Glyn Hopkins and John Carden. They found a lovely edge on the sea and the Wall looked perfect for bass.

The first three chucks he sent out decent sized, fresh worm baits but only had whiting to show for his efforts. Once the tide eased and the chop died with the increased depth he decided to change to crab and lashed a fat welsh crab to both hooks and sent them out about 60 to 70 yards. He didn’t have to wait long for a good pulldown and rod rattle, soon had his first smoothhound of the year on the deck. 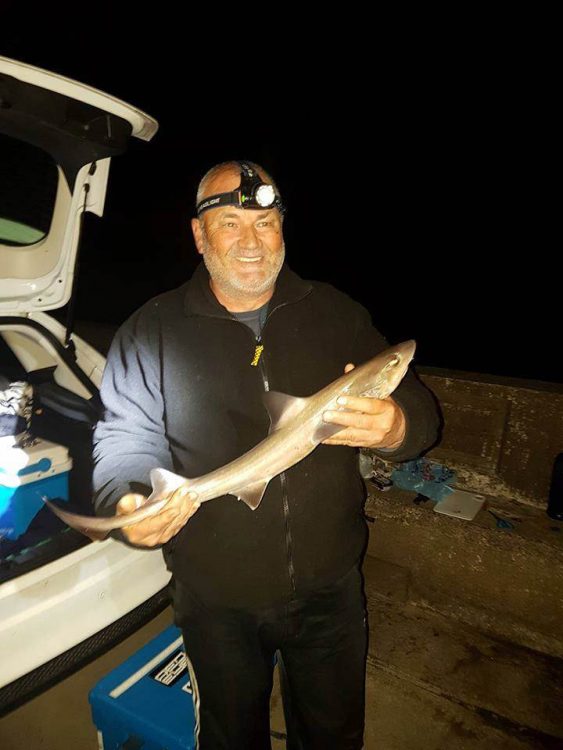 All in all, for such a good looking tide, we failed miserably with the obvious silver bar target. He ended up with three long thin whiting and the hound while John had a nice plump codling and that was it.

On Sunday Joe Green fished the Gynn Wall at Red Bank. He found it hard work but just before high he had a pup tope and then a hound to add to the species hunt.

Andrew Riley reports that on Sunday he fished Ulverston Canal Foot in a Leyland and District club match where 17 fished. It proved to be very slow but he won the match with 10 fish, nine flounders and an eel. Most fish came on lug tipped with crab but he had a few small fish on lug tipped with creeper.