Jonathon Hall, a member of Blackpool Boat Angling Club had a fantastic day on Sunday 14th march. He met his first time crew member Brendan Shaw at the boat house just after 7am filled with excitement and great expectations for the day ahead. The morning was calm with not a breath of wind although it was still cool and slightly misty. After some queuing difficulties while waiting for the tractor, the boat was launched in the flattest sea they have seen in a long time, it was like glass. They headed north for about 25 mins to fish some rough ground around the Rossal area.

They tackled up with pennel rigs baited with fresh double black lugworm that they had dug the previous morning. They tipped a few baits with squid and were straight into fish, small codling whiting, a few pouting showed up together with dogfish. The weather was getting better and better throughout the day with the sun making a show of itself, days don’t get much better than this. As the tide was starting to slow down in the last hour of the flood Brendan took his first in size codling of 4.10lb then Jonathon was fortunate enough to get one at 5.12lb to end the day. They headed back in calm seas to the slipway at Blackpool boat angling club. 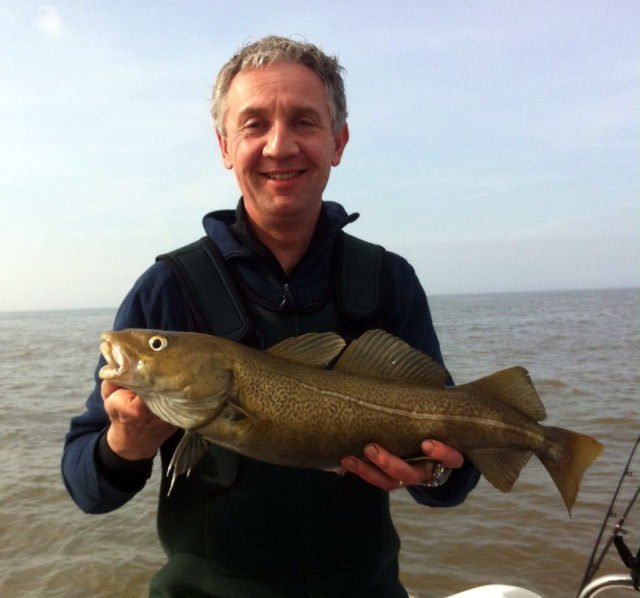 Last Monday Lancashire Sea Fishing member Dave Brown fished in the channel at Fleetwood in search of plaice. Dave managed to catch his first plaice of 2016 in this short session which fell to fresh black worm.

Kevin Fletcher from Wyre Boat Angling Club has been out for a few sessions on his boat over the last couple of weeks, with his dad Brian fletcher. Mostly they have been fishing the flood tide off Rossal and an hour or so of the ebb. They have been fishing with flapper rigs and running ledgers baited with fresh or frozen black lugworm, squid and sandeel. The duo has landed sundry codling and some decent cod. Other species caught include dogfish, dab, thornback rays and whiting. Two weeks ago they were getting plenty of cod but over the last fortnight they seem to be thinning out and the dogfish have moved in.

Last Thursday members of Fylde Boat Angling Club Howard Benson and Lee Smith fished just off Norbreck. They caught plenty of small codling, whiting and doggies. All caught on fresh worm on a running ledger rig.
Another Fylde member, Kenneth Forest, fished last week and reported that it was great to get out fishing in perfect weather. He was hoping for some cod, but could only find plenty of small codling and whiting to keep him active along with a few dogs and a thornback. 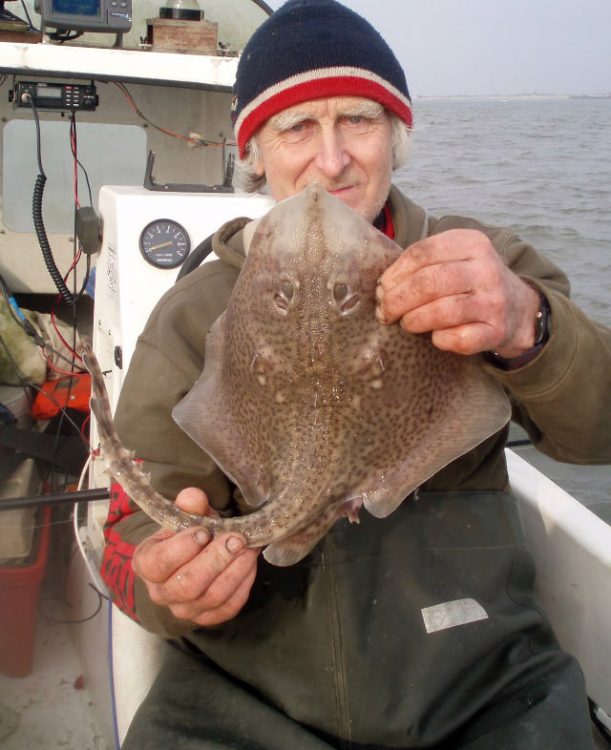 David Playforth fished outside the Hilton at low water last Wednesday night. It was a slow start but soon picked up with a switch of bait to squid fished on a pennel. Dave managed to land his first ray and weighing in at an impressive 7lb.

This week is Bispham Angling and Lancashire Sea Fishing Easter Open match. The match is on Sunday the 27th Easter Day. Registration is at Bispham Angling no earlier than 10.30am. Rods in at 12pm with fishing until 4pm and the presentation is back at the shop at 4.30-5.00. Limited spaces available. For more info please contact us on 01253 358194 or through Facebook.