Finally, a week of calmer weather for both boat and beach angler and with rising temperatures this week has seen an upsurge of anglers fishing.

Walton Sea Angling Club held their latest evening beach match on the Holland beaches, conditions were good with light winds and calm seas, lots of fish were caught, but all on the small side. Whiting, pouting and the odd bass were the mainstay of the match. Top angler on the night was Rob Tuck with 4lb 1oz, second spot went to Nik Highfield with 3lb 10oz and third placed Richard Burt weighed in 2lb 2oz. The heaviest fish prize went to Rob Tuck with a 1lb 1oz bass.

Walton pier continues to produce a few rays and the dogfish are showing well after dark, the local beaches here have seen some bigger whiting a few flounders and small bass.

Colchester Sea Angling Club held their annual prize giving at the Grapes Public House in Colchester at the weekend. 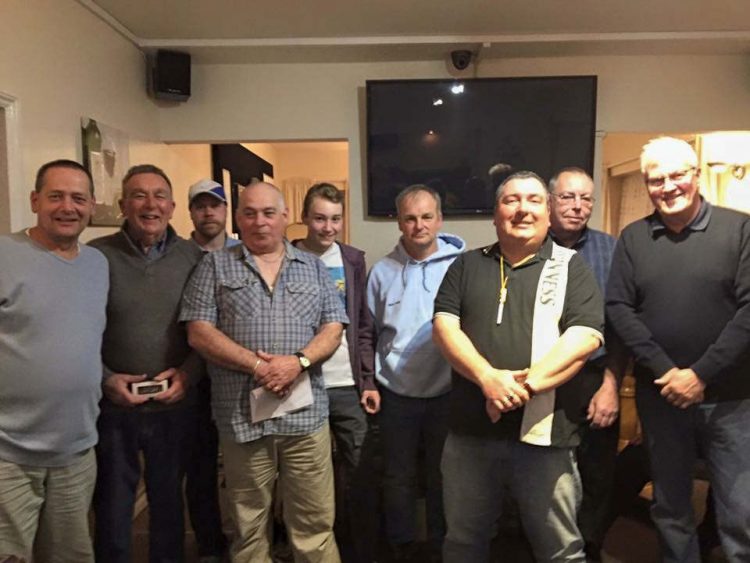 The winners for the year were.

The club are always open to new members and you can contact them through their Facebook page Colchester Sea Anglers.

Clacton Pier has seen the first run of those spring run rays and also a few dogfish on the night tides. Top place once again this week is St Osyth beach with anglers catching plenty of the early rays from in between the rocky groynes and also the open beach towards the nature reserve.

The Brightlingsea based charter boat Gloria b2 has been among the fish this week and Mark Hunter was amongst a party that headed for the Gunfleet sands area he told me that the rays were feeding profusely plus some big whiting and dogfish too. 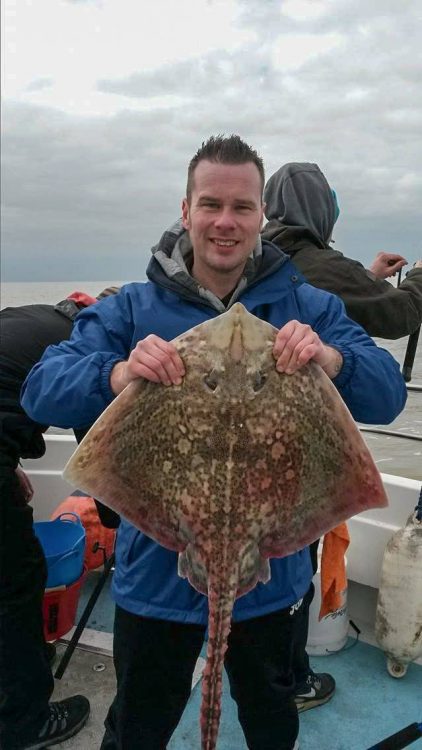 The Charter boat Sophie Lea reported that there had been a marked improvement this month with plenty of thornback rays mostly medium sized fish, but 20 rays were trip is not unusual. The cod are not there in any numbers this spring, with only two or three showing on each trip. Some very large whiting are showing with fish to almost 2lbs.

Those massive shoals of herring and sprats are now moving out of the Thames Estuary and this will help the cod catches as they will start to feed back on the bottom again.

Don’t forget the clocks change at the weekend to British Summertime so Sunday’s high tide has jumped and extra hour, Saturday 13.24pm and Sunday 14.54pm