Neil Kenyon and Andrew Kenyon launched from Knot End slipway during the week and headed towards Clevelys on the flood tide. They fished three hours up and found whiting to 2lb codling to 5lb all caught on fresh black lugworm supplied by Jordan Russell at Bispham Angling. Plenty of keepers so it was cod for tea. All fish fell to a pulley pennel baited with the fresh worm. 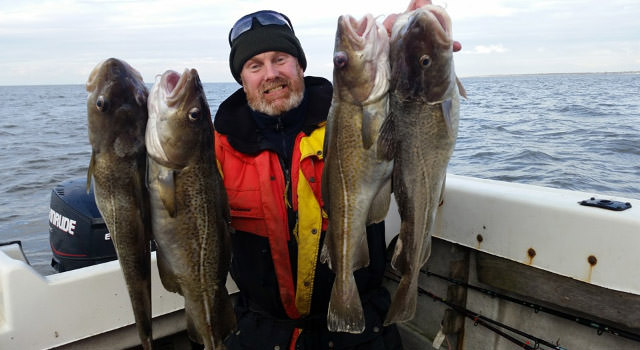 On Saturday Dave Brown fished the ebb and an hour and half of flood and had a few fish, codling and whiting although all on the small side.

Ben Forshaw fished on his boat on Sunday. He had a good day out although it did get a little lumpy but he fished until high water and had loads of little cod and whiting with some better fish among them. One good fish was lost and finished with 14 cod to just over 4lb.

Wyre Boat Angling Club member Shaun Waring fished on Sunday and enjoy a good day despite the wind getting up. Although he had to finish up early as the sea mounted he was rewarded with eight keepers to 6½lb, all caught on fresh blackworm. 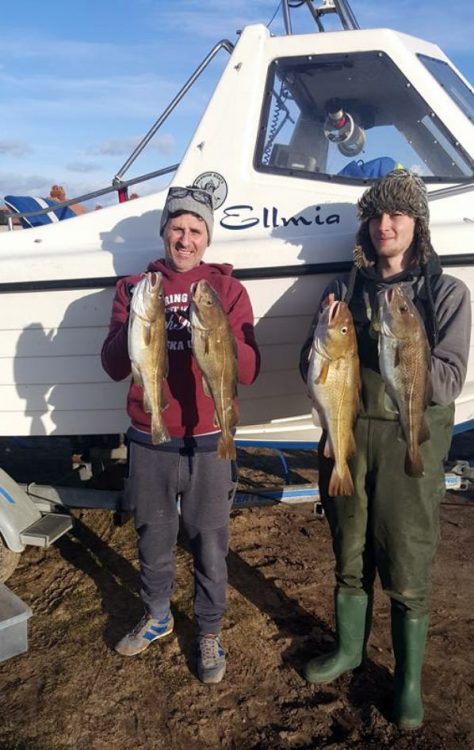 In It To Win It