In It To Win It

The Angling Trades Association has welcomed the recent, successful House of Commons Debate on Bass, secured by Scott Mann (Conservative MP for North Cornwall and a sea angler). The motion stated: ‘that this House believes that the recent EU restrictions on recreational sea bass fishing are unfair and fail to address the real threat to the future viability of UK sea bass stocks; and calls on the Government to make representations within the Council of the EU on the reconsideration of the imposition of those restrictions’.

Now put your hand on your heart and ask yourself – did you really do your best as members of the angling trade, and as individual anglers, to add your voice and support the debate?

Historically, the factual value of recreational sea angling to the trade and the economy speak for themselves. The Drew Report into sea angling in 2003 stated that £538 million pounds was spent annually by 1.1 million sea anglers. The CEFAS report for Defra titled ‘Sea Angling 2012’ revealed that there were 884,000 recreational sea anglers in England, directly spending £1.23 billion per annum (£2.1 billion including induced and indirect impacts). After deductions for tax and imports, the direct annual expenditure was calculated to be £831 million. The VAT receipts received by the Treasury were £166 million p.a. and bass angling was calculated to be worth £200 million each year in England alone.

In 2015 the Blue Marine Foundation published a report ‘Defining the Economic & Environmental Values of Sea Bass’, focussing on Sussex. It revealed that sea anglers fishing in the county spent £31.3 million on tackle, charter boats and hotels, creating 353 full-time jobs whilst retaining just 15 tonnes of bass. In the latest ‘Tackle Trade Survey 2015’ published by the Angling Trades Association, which reported on research into the value of the UK sales of tackle and associated equipment (rods, reels, line, bait, lures, clothing and accessories), sea angling accounted for 10.63% of sales (£60.7 million of the total annual sales figure of £570.4 million).

So why are we in this position now?  Naidre Werner, Chair of the Angling Trades Association (ATA), thinks the answer is simple:

‘We aren’t shouting loudly enough, either as businesses working within the sector or as individual anglers.  We don’t need to get embroiled in a fight with the commercial fisherman – our immense value in numbers speaks out for itself.  But what we do need to do is add our voices to the messages that the Angling Trust (AT), BASS and the European Anglers Alliance (EAA) are trying to get across.

‘It doesn’t matter what your personal opinion is of these organisations or their teams of people.  The fact remains that the Angling Trust is the recognised National Governing Body for anglers in England and the EAA is the recognised body for anglers in Europe, and they are the organisations that are being invited to sit in front of the right people in Parliament (both in the UK and the EU) to put across our opinions.

‘Defra, Cefas and the Council of the EU have absolutely no interest in trawling fishing forums late at night to find ‘relevant’ comments and useful information written by ‘keyboard warriors’… I don’t blame them.’ 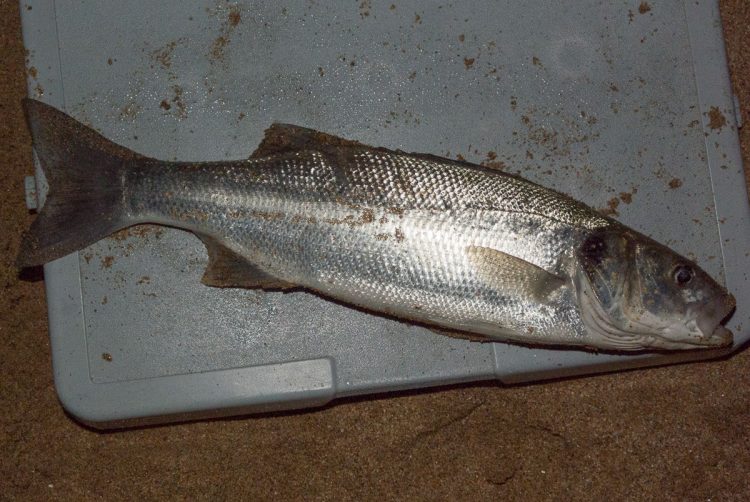 ‘So we need to be in it to win it – together.  If as angling businesses and angling individuals  we support the organisations that are there to represent our interests, then this will only add decibels to the noise we make.’

The ATA is urging all sea anglers, businesses involved in sea angling and sympathetic individuals to support the Angling Trust’s campaign by emailing the EU Commissioner, Karmenu Vella, with a short message of support.  The email address is karmenu.vella@ec.europa.eu. Please also copy David Mitchell of the Angling Trust on your email: david.mitchell@anglingtrust.net.

It won’t take long to write a message, but it could save your hobby, your job or your business!