Lancashire Facebook group fishing members fished high tide on Saturday night after picking up their worm bait from Bispham Angling. The crew, including Mark, Steve, Elton, John, Pete and Linda Illston, David Turnbull and Les fished Clevelys promenade but found it to be a slow night with just a doggie for Steve and a small codling for Mark.

Dave brown tells us how low water is producing better than high of late. He fished Friday night with his brother, deciding on a trip to fish the big flooding tide in darkness at Rosall. The fish were there right from the start with whiting and the odd small codling. As the tide built the fish got bigger with some larger whiting and dogfish. They both used two hook clipped down rigs cast as far as possible and alternated between sandeel, squid, bluey and worm baits. The duo had around 30 fish between them for the session. 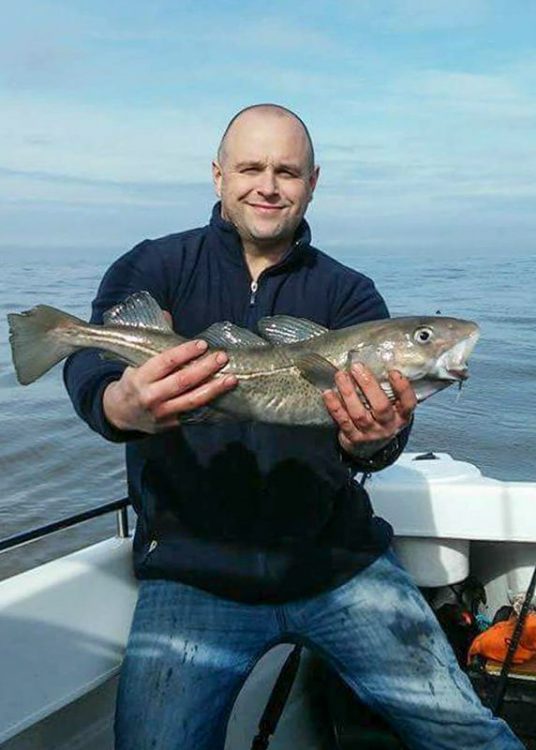 Fylde Boat Angling Club members Bryn Bimpson and Howard Benson fished last Sunday and had a great day out on the Silverback during the species competition. They landed dogfish, whiting and cod. They registered three cod over 4lb for the cod competition with the biggest being 4lb 10oz witnessed and weighed by Stuart Britchfield.

Dave Stainton also from the Fylde club fished last Sunday week and had a haul of cod with most of them being keepers. All fish where caught on fresh black worm. 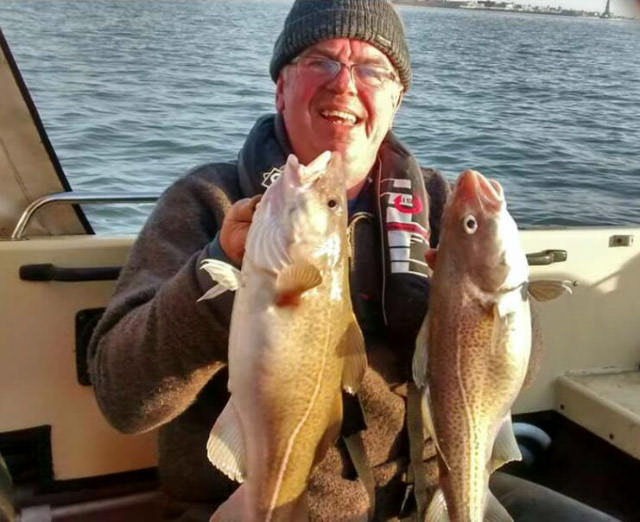