The team went out a week earlier hoping to gather more information for the World Championship, with the team being told that they would be fishing two venues, one being the open beach L’Espanole, and the other being an inner estuary beach L’Embellie. The official practice was fished on the inner beach with the teams being informed that the matches would be fished on the open beach which meant Team England trying a few methods out to help catch plenty of fish. This worked brilliantly with the team catching enough fish to win the practice day. 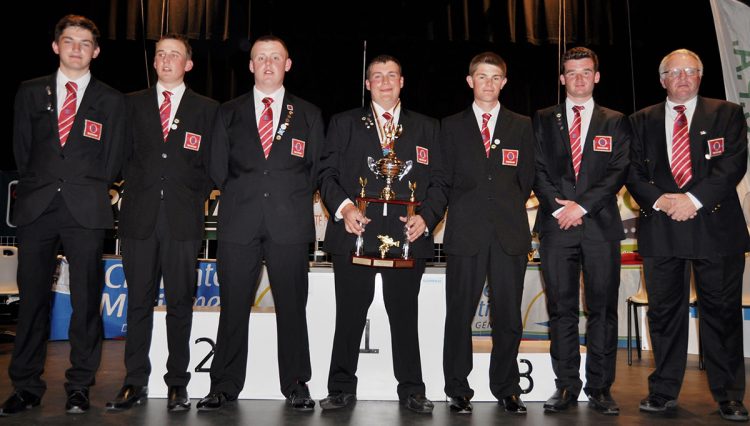 Day 1 – The first official match day started well with all the team catching very early in the match, with Ben having a 43 cm spotted bass on his first cast and from there on it got better and better with the team having  3 section wins a 3rd and a 5th which resulted in a win for Team England.

Day 2 – Proved difficult with only Callum Graham winning his section again, but the team managed  a third on the day which kept them in first on 4 points tying with the Dutch team.

Day 3 – Saw all the anglers struggling to catch, but the Dutch team were again catching some good size fish winning this particular day. Team England could only manage a 6th on the day which saw them drop down the leader board into third place to take joint place with the Portugese team on 10 points, with the Dutch leading with 5 points, but England were still holding out for a medal in the team stakes.

Day 4  – England went into the day knowing that they had to beat the Portugese and French teams for any chance of a medal.  Callum was in first place individually, jointly with an angler from the Dutch team, and Ben was in fifth place with a battle going on in the individual placings. The fishing was slow, but Ben had found a few fish in the first half hour of the match. Callum had a fish, with the Dutch angler blanking. England were struggling with only an hour to go with Ben hanging onto a slim lead, but as the match continued it was clear it was not going to be Team England’s day in the team positions, but there was a slight chance of a medal in the individual stakes with Ben continuing to win his section.

When the results came in Team England had managed to finish in fourth place, but there were still high hopes that an individual medal position might still materialise with either a silver or bronze position. When the results of the individual positions were read out there was a lot of excitement in the England camp with Ben taking the gold medal win with only 1 point in it to take the 2014 World Championship title. 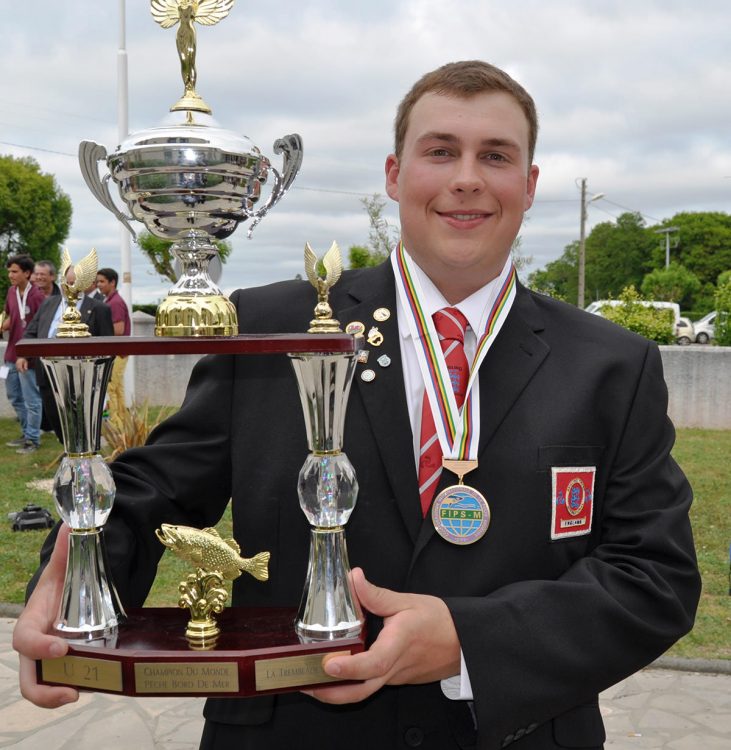 Malcolm Stote, England Team Manager said “Special thanks to all the team members as I know it was a tough Championship and everyone worked especially hard.  Congratulations must go to Ben winning the individual World Championship title and also to his proud dad – a job well done. “

“I would like to thank some of the people that helped us with this trip, Paul Hardy at Moonfleet Angling who supplied the team with clothing and tackle as the official tackle supplier to the England’s Shore teams, and also sending us more gear during the Championships , Tom Bagnal for  supplying the team with lead weights and other tackle items, Richard Yates of ASSO fishing line for his support, and to Stuart Withyman and Eric Light for their contributions and support.  A big thank you also to Joanne Tudball for all her help with all the team and to Keelan Owen who ran his legs off during the Championships.”

Ben Harrison, Team England stated “Winning the World Championship was a dream come true, the feeling of excitement, pride, and nerves was absolutely overwhelming, something I will never forget. When the lads drenched me with Champagne and told me I had won it, I was buzzing and the first thing I did was go and tell my dad and gave him a hug – this involved loads of tears.  I was gutted to find out we did not get a team medal, as Portugal and France did really well. It still hasn’t really sunk in yet!! All the travelling, practices, early morning starts and bait digging in the middle of the night has been worthwhile. The preparation started as soon as I found out I had been selected. I did as much research as I could on the venues, and soon had a picture of the species I would be targeting, and the rough techniques and tactics that would be required. I fished places like Abererch, Pwllheli, Borth, Holyhead, with my dad to prepare, using my full set up, changing tactics, running between casts, basically sharpening my skills.”

“I knew that practice week would be useful, although the tidal coefficients were massive and small in competition week, and this would affect the results. Therefore I was expecting less fish in competition week, and approached the fishing accordingly.  The venue was difficult to read as each peg needed approaching individually, meaning the same approach would not work on every peg, and this was something I considered at length. I was careful to read my pegs correctly, and to use the required tactics rather than just use a generic rig for each. I also maintained a high work rate in all the matches as it enabled me to get a few extra casts each match which could all produce a match winning fish. The first time I really thought about an individual medal was when my dad came into my zone after the match, shook my hand and told me he was proud of me, and that I could possibly be in line for an individual, but I didn’t want to really think about it at this stage. I was 5th going into the last match and my dad told me I could still pick up an individual medal if I won my zone. The French hosts couldn’t have been more friendly, they made us all very welcome.  Appreciation and thanks to everyone who has helped providing support and advice in the build up to the Championship, and also to the England selectors for having faith in me, particularly Chris Clark.”

The Angling Trust would like to offer their congratulations to Ben for his superb Championship win, and to all the England team for all their hard work this year.  Appreciation and a big thank you to Moonfleet Angling and Paul Hardy the official tackle supplier to the England’s Shore teams for all their support.