Jordan would like to wish all the site visitors a Merry Christmas and a Happy New Year.

This week has provided some much better fish from both shore and boat. The fish have turned up in numbers again but a lot of the smaller species such as dabs and whiting. Among the small whiting there have been some fantastic ones weighing around the 2lb mark. These fish seem to be more common the last week and the codling are certainly there, maybe not in numbers but decent size.

Martin Foxcroft picked up one of 6lb 7oz from the Gynn Wall. 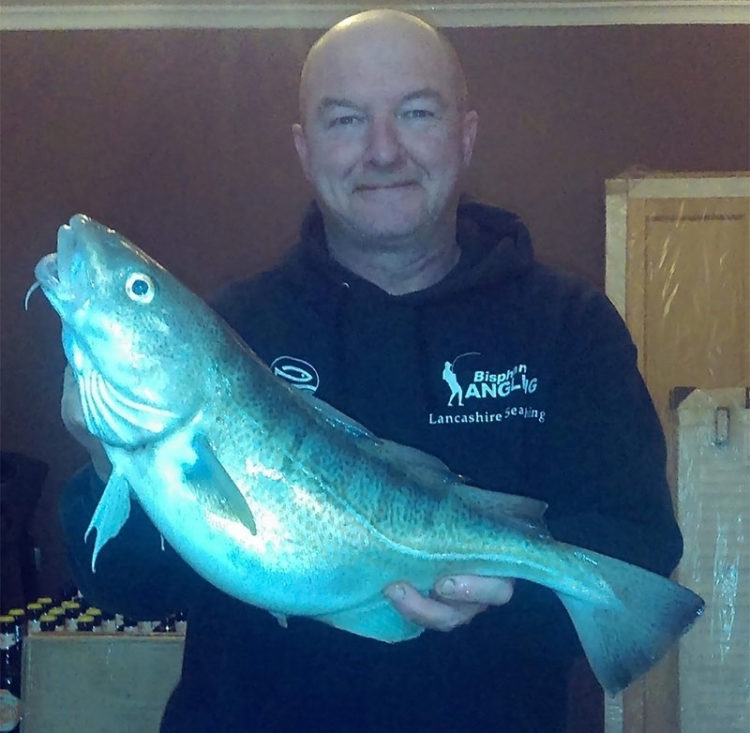 Martin Foxcroft with a cod of 6lb 7oz

Rik Chippendale fished the Wall where he had his first rockling and first two dabs. Fresh lug was the bait catching courtesy of Bispham Angling. Dave Brown spent a mild night at Rosall using big hooks and baits. Dave had four codlets and a few whiting.

A Gynn Wall session was productive for Les Bentley with nine whiting and seven dabs on black lug and squid.

The Point was busy with Nez Baker and Philip David Hall finding whiting and small codling. They missed a couple of good rattles and slack liners, but both ended the night with last bass of around 1½lb which were safely returned.

Fleetwood and District Angling Club fished their Christmas match at Beach Road where 25 turned up in miserable conditions. The fishing was slow with mostly whiting, a few tiny cod and a pouting. It was a close run match with the first three anglers all landing seven fish.

Ben Callaghan came out top rod with 61 points, closely followed by Andy Whiteside on 57 points then Craig Thompson on 55 points. Worm tipped with squid or fish was the top bait. After the match the anglers returned to the welcoming Fleetwood Conservative Club for the prize giving and buffet. 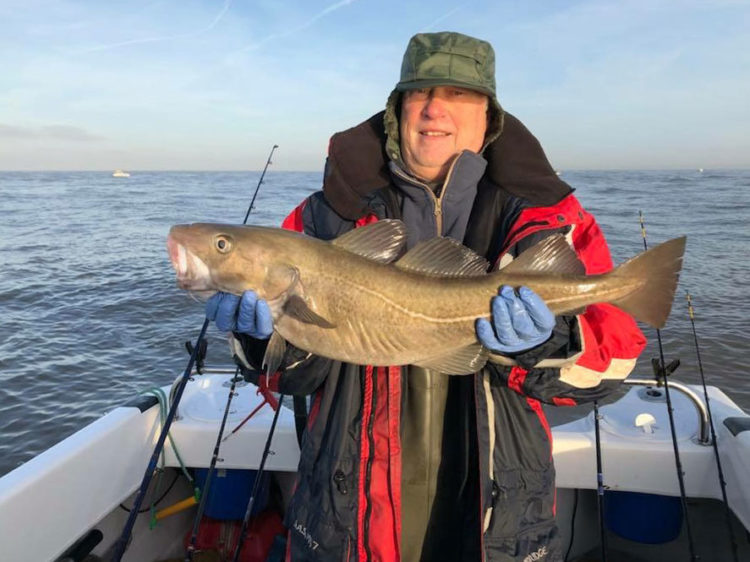 The next club match is on Saturday 30th December at Cleveleys new prom with fishing from 7-10pm. £15 entry and this is also winter league match. FDAC would like to wish all members and friends a Merry Christmas and a Happy New Year.

Blackpool Federation SAC held their 11th match of the year on the 17th of December at Cleveleys Five Bar Gate fishing from 9:00 to 12:00, fishing approximately 1½ hours either side of high water.

The fishing was poor with only five anglers managing to catch fish that counted in the match.

What a fantastic North Pier Christmas match last Sunday, despite the cold and wet morning it was a laugh a minute and not a bad turn out with 24 anglers. A thank you to Mark Nelson and Nigel Walker for the help this morning.

Well done to David Hoyle for coming first with 22 fish measuring 481cm and winning a free pass for next year. Second was Eddie Horrocks with 19 fish for 454 cm, winning £60. Third was Jordan Russell with 15 fish for 371cms, winning £40. Fourth was Dave Tommany Angler winning £25.

Longest fish prize went to Chris Tighe for a 36cm whiting, winning a 10ft pier rod. No cod so that prize will be kept for the next match.

The catches were mainly whiting and also dabs.