Our angling year has now finished and a new one has begun, and it seems to have started off fairly well with the first run of codling that we have seen for two years. Most of the fish are being caught from the beach with also one or two from the boats. They are still quite thin on the ground, but they are definitely there.

I had a trip to the Holland on Sea beaches and wasn’t disappointed. I landed two plump codling and lost one other on an ebb tide with lugworm the top bait.

Local angler Mick Frost also fished here and caught plenty of whiting but also landed a small bass. Rob Hudson also caught a bass here on a squid bait, and said the crabs were very active and stripping the bait.

Clacton Pier has once again seen a return of the thornback ray, and although they are on the small side at the moment but we will see bigger ones arrive in the next couple of months, with still plenty of small whiting to be caught and the odd bass.

Walton Pier seems to have come alive with whiting and dabs, so plenty of bites for anglers fishing here. 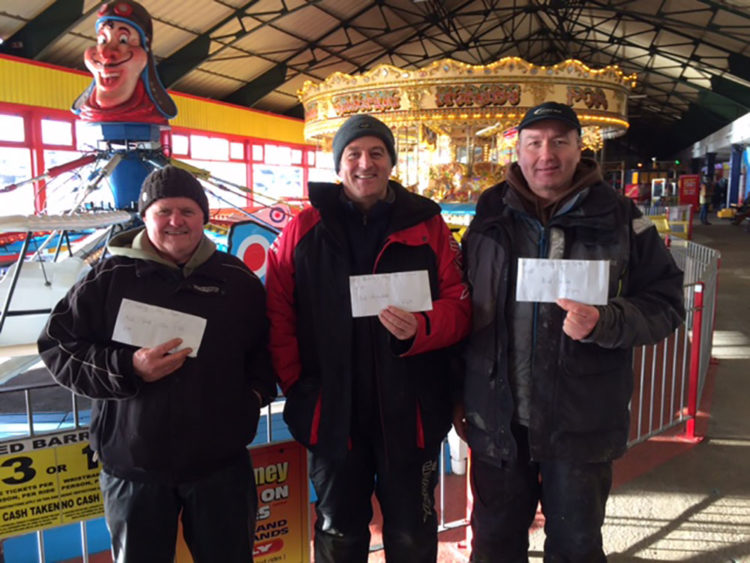 The Walton Sea Angling Club Boxing Day Match on the pier was a great success with 59 anglers turning out for this two-hour event. They were greeted with bright and windy conditions, but this didn’t put the fish off feeding. Most anglers caught fish although unfortunately a lot of the fish were undersize, but it was bites every cast for the anglers.

Top angler on the day was Nik Highfield with 2lb 6.4oz, second place went to Neil Cocks on 1lb 12.5oz and third spot was tied between three anglers Peter Harris, Ricky Farrance and Mick Frost, Peter Harris topped this group on count back of fish.

Heaviest round fish went to Mark Sessions’ 12oz whiting while heaviest flatfish was landed by Phil Buy at 8oz. 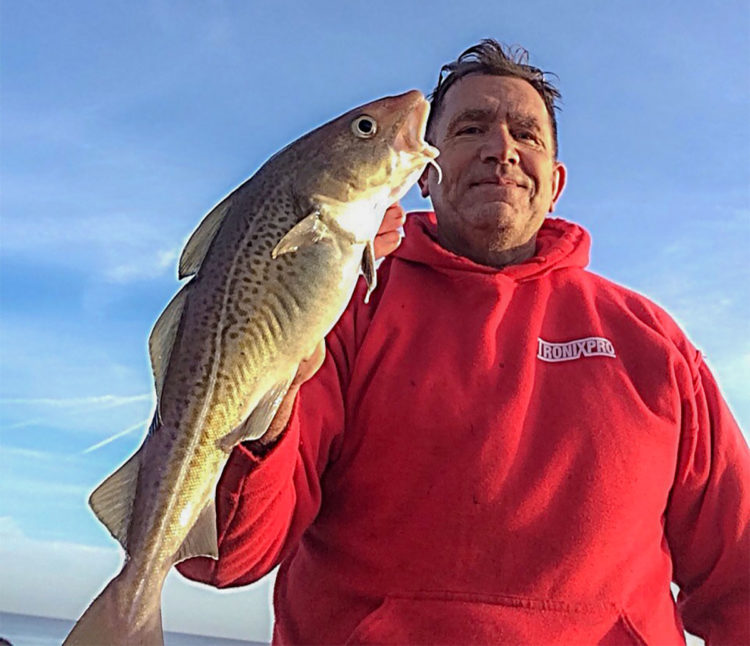 John Popplewell with one of his codling from the Holland beaches

The boats have seen some codling and plenty of whiting plus a few thornback rays. A few of the Clacton Boat Club members fished over the Christmas period and reported whiting and the odd ray, but no codling were caught.

Three of the members Kevin Scrivener, Christopher Scrivener and Martin Smyth headed for Walton to fish off the beaches. They landed plenty of whiting but no sign of codling.