The Lancashire sea fishing is to be rather interesting at the moment, with winter around the corner and summer coming to a close we have a variety of summer species that have hung around and winter ones that have arrived, a nice mixed bag at the moment.

The skies were blue when he started wasn’t really expecting much and so was over the moon with a 6lb ray first throw after that it was a fish a cast. 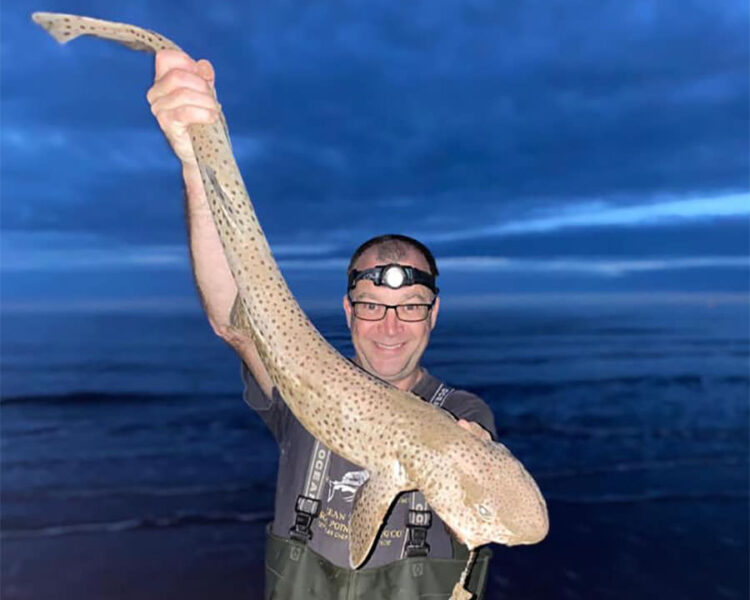 Dave with his huss

A few dogfish were landed but Dave ended up with five rays and a 9lb huss.

Wayne Marshall made a Last minute decision to fish a low water session at Harrowside at tea-time. So off to he went and arrived on the beach at 7.30 pm. First cast, and before he could put my rod in the sand spike the line took off out of his fingers as the first thornback picked up his bait. 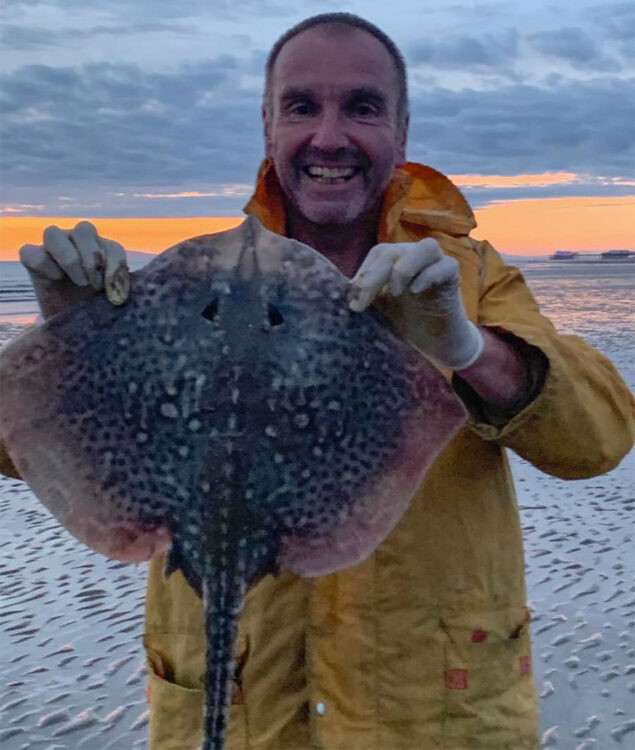 Wayne with a nice ray

This was followed by another 10 rays, all about the same size. Wayne also had two whiting, a plaice and a weever. He headed for home at 1.45am before storm Frances arrived. Not a bad evening, with all fish taking fresh black lugworm. 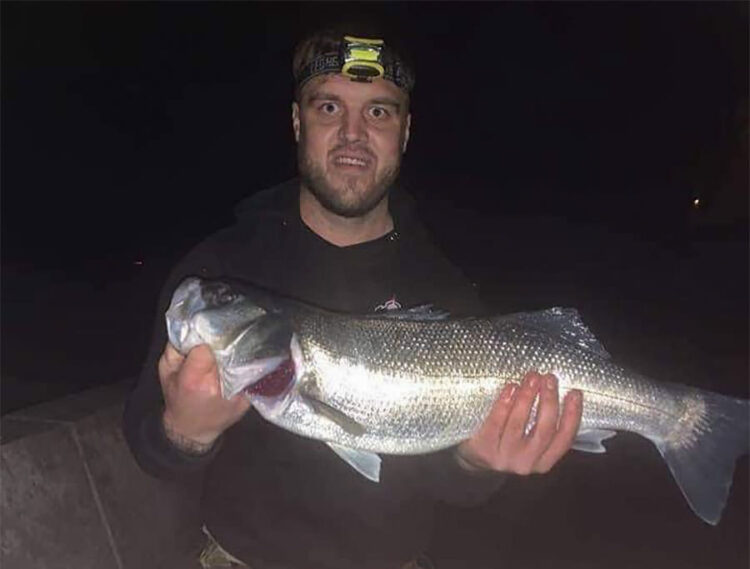