Good Numbers Of Fish And Species On Lancashire Coast

The Lancashire sea fishing is still on the rise, focusing a bit more on the boats this week as the fishing has just been unreal. A surprising number of fish and different species out there, not just that it’s early but the quantity is phenomenal.

Early mackerel already showing and good size too, a few tope to 25lb have been landed also. Double figure bull huss have become common which is unusual and the numbers of smoothhounds is just unheard off, still a few rays about too!

Other species include codling, dogfish, whiting, gurnard, plaice, sole, turbot and the list just goes on. Small fish baits and fresh peeler crab have been the winning baits for the boat lads with worm catching flatfish species. Whole mackerel baits for the large tope. 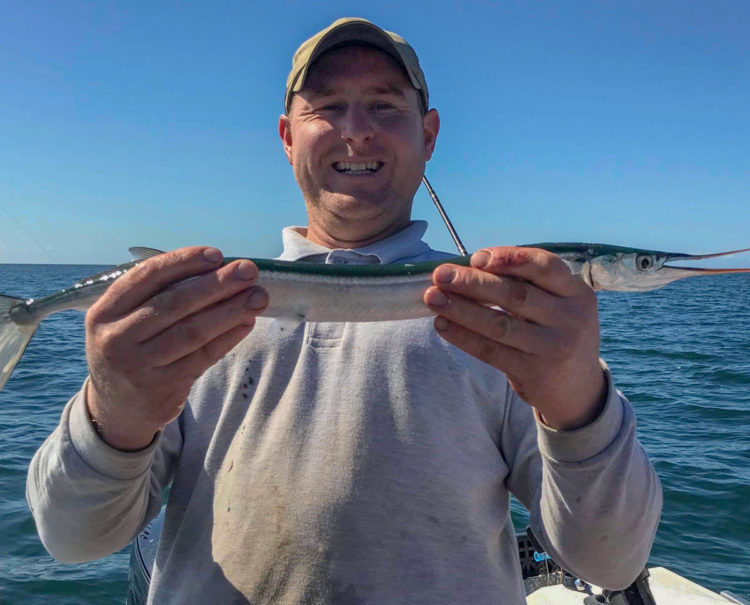 The Gynn Wall in honesty has been patchy, with daylight tides being sporadic but there are some good bass around. The the night tides are producing an assortment of species, including so decent fish. Smoothhounds and bullhuss are the top targets again on fresh crab.

As we have talked about a variety of species boat anglers have seen plenty of garfish on the surface while out at sea this isn’t unusual but again the numbers they are in are.

Pier members Carl Dady and Stephen Lavelle had a busy few hours on the North pier the other night. Fishing big baits, squid, bluey, crab and mackerel The pair had eight huss between them With Stephen’s best making 10lb while Carl topped the 11lb mark. The guys also both landed several hounds each, doggies, dabs and whiting. 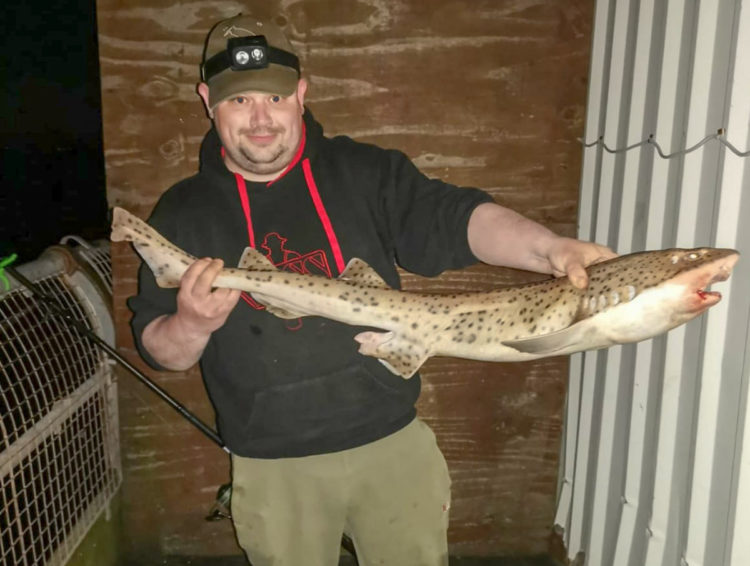 Carl Dady with one of his big huss

Fleetwood and District Angling Club fished at Lytham, three hours down to low water. The fishing was patchy some anglers had good results others not so good. The secret was finding the muddy depressions holding fish. Crab was the top bait and the size of the fish pretty good on average.

Hughie Porter had a flounder of 43cm which is exceptional for the area. Apart from two eels all the fish caught were flounders.

Next Sunday’s match is on the Gynn Wall.

The Raffle was won by Alan Smith. 16 members fished and everyone caught in what was the sunniest match so far this season.