Given the recent skate catch form the shore and the phenomenal catches from the boats in Shetland Scotland must be the place to be for big fish at this time of year.

With the recent prolonged spell of good weather Gordon Goldie headed to Crinan at the weekend where he joined up with Stuart Cresswell and Willie Kennedy aboard their boat the Reel Deal. The plush vessel is a Rodman 1040 fitted with twin 260hp Volvo Pentas so it wasn’t long before the anchor was dropped in the Sound of Jura and the skate baits were heading to the seabed.

A hectic session ensued when Willie boated a fish of 168lb as Stuart was bringing a fish just one lighter to the stern door. Shortly after it was Gordon’s turn when a monster fish of 214lb grabbed his bait. Willie and Stuart added fish of 168lb and 157lb respectively during the terrific sun blessed outing.

Smaller baits picked up thornbacks to 10lb and a rare black mouthed dogfish. 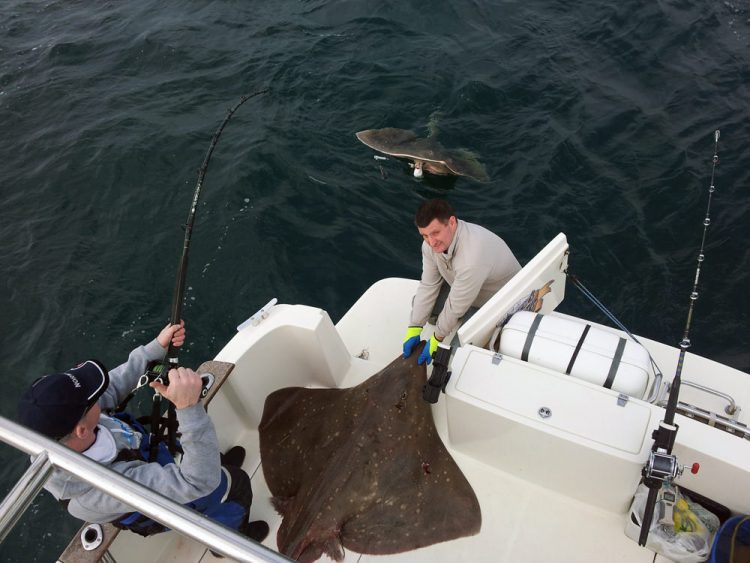