Anthony Paiyne fished a session half hour before high and 2½hours on the ebb using frozen black and a few crab. He wasn’t expecting much as it normally fishes better on the flood. First cast produced a flounder. Then nothing till an hour after high when four casts produced four fish.

Andrew Riley fished a Leyland & District club match at Morecambe with 17 others in sunny but chilly conditions. They fished to the right of the stone jetty with Andrew on the mud between the jetty and the stone path. They fished three hours of the ebb and 1½ of the flood and the first hour quiet just one or two fish coming out.

Then it went mad for two hours with a fish a cast for Andrew including a treble shot. He had 10 fish before the last hour and a half proved fishless. 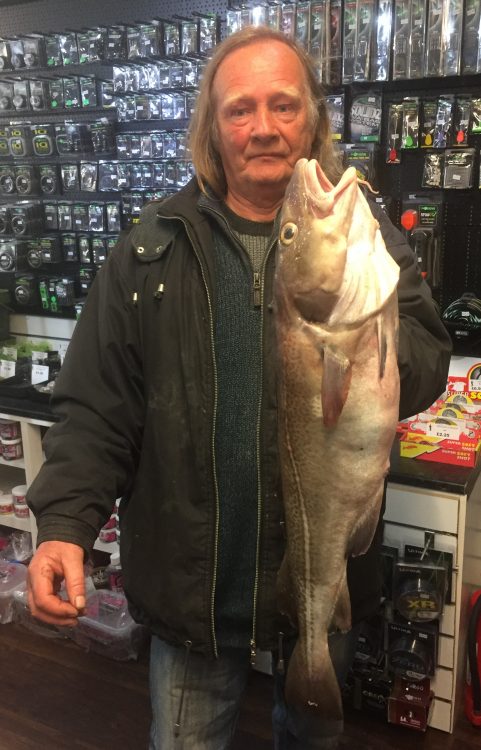 Martin Foxtrot had a few hours at Perch Rock where the car park was very busy as the sun worshipers were out in force. He fished three hours down and 30mins up and found dogfish on the ray baits along with whiting and dabs on the worm baits. He had better whiting to cart wing baits with plenty of bites to keep the rod twitching.

Reece Medcalf fished the CIU league in Lytham. It was great weather, great company and great fishing. He put some good points on the board for his team with eight flounders, some big ones which were a bonus.

Fishing was not that good, partly due to the tides that does not start to move until an hour after you expect it to start to move.

Most fish were caught at the end of the match. There was nothing big with the best plaice measuring 36 cm and the best flounder 39cm. The format of your two best flatfish seemed to work and kept interest up to the last cast.