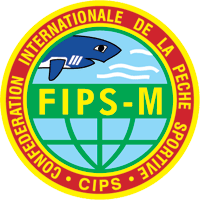 In ten days time, Monday 15th, the FIPS(M) World Shore Championships will kick off in the Netherlands.

The event, consisting of one day of practice and four competition days , will take place on the long sandy sweeps of the Zeeland beaches from the 15th until 19th October. Competitors from 16 nations will be attending and 11 of the countries will have both male and female teams fishing their respective Championships. The majority of teams are from Europe but Brazil, Tunesia and South Africa will also be represented. A list of the competitors can be found here.

The first choice beaches are generally shallow and cleaned bottomed with the venues spread around the municipality Vlissingen on what was formally an island prior to reclamation works. One of the beaches in on the north side near to Domburg while the other two are situated to the west near Westkapelle and Westduin respectively.

The anglers can look forward to a closely fought event with the small clean ground species being the main targets.

Coarse Tactics for Bream in the Mediterranean