Wrasse of various species have, until now, been widely netted for use in the salmon farming industry but a recent project may help protect the wild stocks.

A £2 million joint research project based at Machrihanish is showing signs of real success with 6,000 Scottish bred Ballan and 3,000 Goldsinny wrasse being transferred to salmon farms over the next two months (August and September 2013). A further 1000 bred Ballan will be retained as broodstock for the future.

Wild caught wrasse have been successfully deployed on a number of Argyll and Highland marine salmon farms to reduce the naturally occurring sea lice parasite and achieve industry national targets. The use of wrasse as ‘cleaner fish’ reduces the need for medicinal chemical treatments, improving the environmental footprint of the farms and reduces the sealice risk for both wild and farmed salmon. 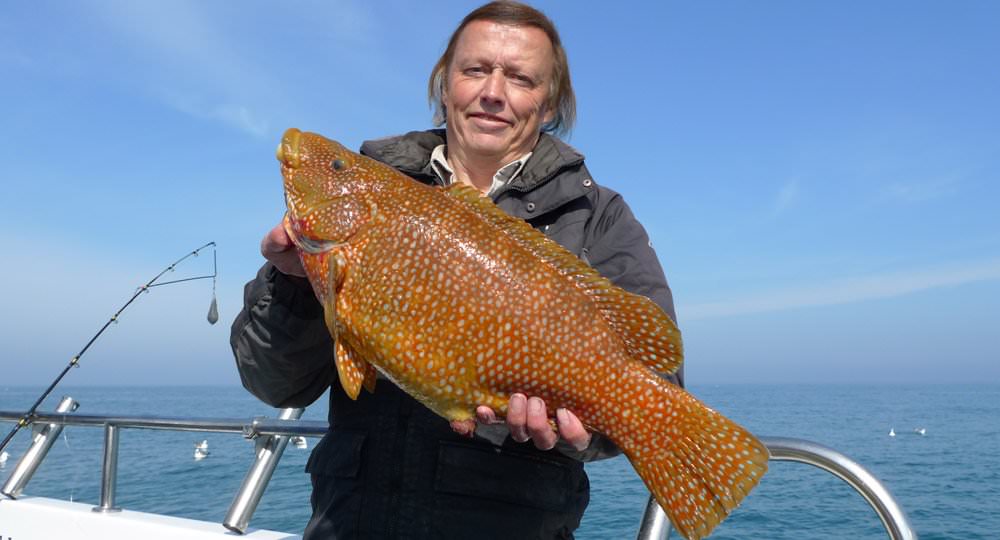 Salmon famers recognise that use of wild wrasse will be limited to the numbers that can be sustainably caught in inshore waters. As a result Scottish Sea Farms, Marine Harvest Scotland and Stirling University have been working together since 2010 developing the farming of ballan wrasse on a commercial scale. Captive breeding of wrasse will allow all Salmon farmers in Scotland to utilise ‘cleaner fish’ and further enhance Scottish Salmon’s clean and green credentials.

“This project is fundamentally different from other smaller projects as the scale of what we are investing in could transform sea lice management across the aquaculture industry,” said Jim Gallagher, Managing Director of Scottish Sea Farms.

Alan Sutherland Managing Director of Marine Harvest Scotland said: “This is an enormous step forward for the aquaculture industry. The results we have seen so far are very impressive and a sign of what we can achieved through collaboration.”

The 2013 hatch from the breeding programme at Machrihanish has already yielded hundreds of thousands of viable larval Ballan wrasse. These offer the promise of a record number of adult Ballan wrasse for use in the Scottish industry during late 2014.