At last Summer is here, it has taken some time, but those chilly easterly winds have gone and now we are in a gentle warm southerly breeze. The Summer species are now arriving and the long awaited Essex smoothhound packs are gradually moving into shallower waters along with a few mackerel.

The boats have had a great week with thornback ray, dogfish, some big whiting and now the first of those hard fighting smoothhounds.

Dave Holland and Rocky Rochelle launched their boat “Essex Boys” from the Gunfleet Boating Club during the week, and reported the thornback ray were still feeding plus the first of the smoothhound. They landed hounds to 6lbs.

Neil Marples fished off of the Walton coast in his own boat Milore, and was also kept busy with feeding fish. Neil landed five bass to 3lbs plus a few smoothhound up to 8lbs. Still plenty of dogfish and whiting, and Neil caught all his fish on ragworm and frozen peelers. 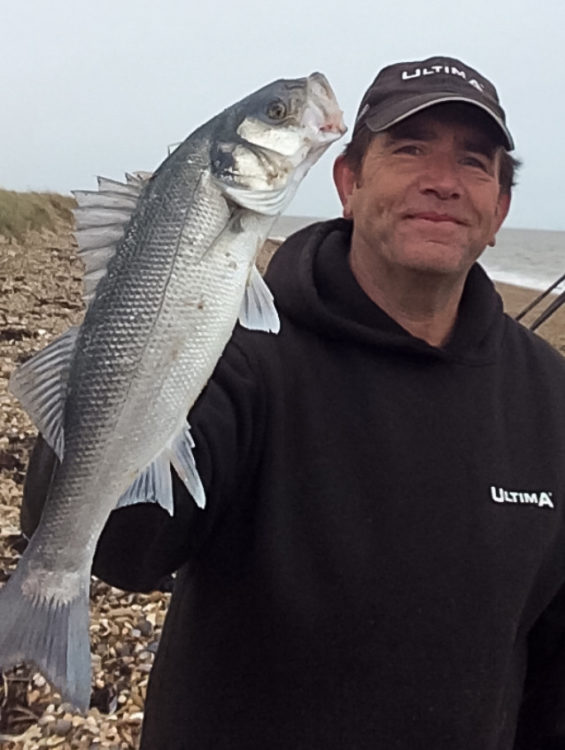 The Mersea boats have also reported a good week, with lighter winds meaning that boats can fish that bit further out and the first of the mackerel are showing, which will mean that our mini-sharks, the tope, will not be too far behind. Essex smoothhound to 10lbs have been landed, most are caught on peeler crab or hermit crab baits, although squid will catch you a hound as well. Bass are also showing well from around the windfarm on the Gunfleet sands. Sand eel or ragworm are the baits on a long flowing trace.

The beaches haven’t missed out on the Summer species either – St Osyth beach has always been the place to head for and thornback ray have once again been caught although mostly on the evening tides. I have also had reports on one or two heavyweight stingray being landed from the Nature Reserve area. Local angler Matt Clark fished here during the week and landed some nice thornback rays plus a very large eel.

My trip this week was also to St Osyth beach. I also headed on the long trek towards the nature reserve. I was greeted with a strong onshore wind, so I opted to fish 50 yards out for any feeding bass. I fished ragworm baits on a pulley pennel and landed seven bass in a couple of hours. The wind died away in the evening and the bass stopped feeding. All fish were caught on ragworm on 1/0 hooks.

Clacton Pier has slowed down this week on the rays with only a few being caught, although there are still dogfish and a few bass showing.

The Holland beaches have been fairly quiet, but that is because of lack of anglers. Ray and bass will now be here to be caught, plus the first of the soles. The golf course area on the Frinton beaches is now fishing well for school bass and the odd thornback ray, the first of the summer sole are now being caught here after dark. 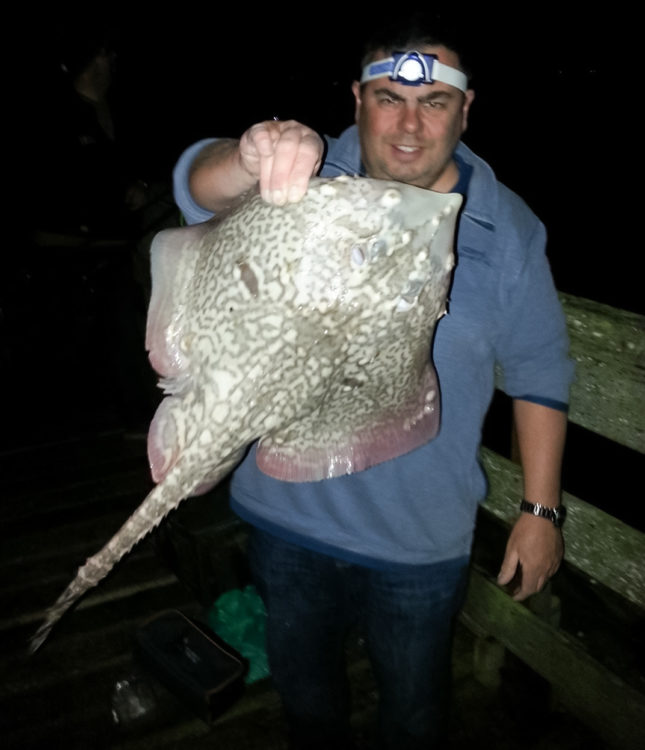 Richard with a thornback

Walton Pier seems to be alive with dogfish especially after dark. There are still thornback ray to be caught plus plenty of small fish during daylight hours. Garfish are showing from the lifeboat area and bass from most areas of the pier. Richard Holgate from the local tackle shop Meta-Lite Tackle has fished a couple of evening trips here and both times has landed some thornback ray.

If you have any fishing reports you can send them to me at popplewell1@btinternet.com

The tides for the weekend are Saturday 1.15pm and Sunday 2.20pm.