Essex Rays Feed Ahead Of Storm

It looks like our early Spring was short lived and it is back to cooler and windier weather, Storm Freya is hitting our coast as I write.

Luckily, we have had a few settled days when the boats were able to put to sea, the main catch still features rays although dogfish are now putting in more of an appearance too.

Still no sign of codling and it’s beginning to look like we can write them off for this year!

The Mersea charter boat Eastern Promise has been back on the thornback ray again this week and Paul Elvin landed the biggest, weighing in at 15.5lbs. They also caught dogfish, whiting and pouting.

Sandie Davis and Alan Tipple fished from their own boat around the wind-farm area. The fishing was slow, but Sandie managed to out-fish Alan and landed the heaviest thornback ray. 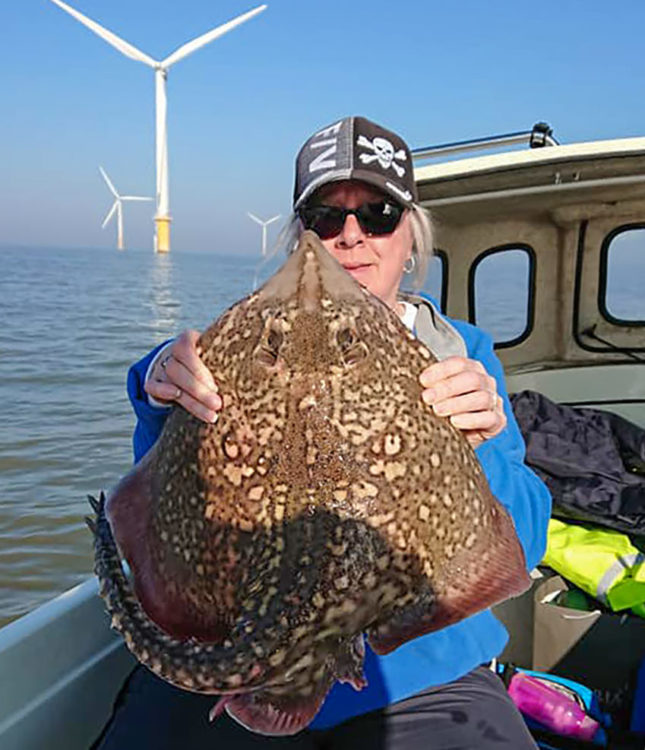 The kayak anglers have also been in on the act and Frinton angler John Moakes fished a few hundred yards off the seafront and landed three thornback ray plus a few dogfish.

The beaches and piers have had a quieter week, smaller tides have seen the fish be more elusive to catch.

My trip this week was to St Osyth and I fished in between the rocky breakwaters. Alas five hours of fishing brought no bites at all, but I was using big squid baits for rays. Unfortunately, they seemed to have vacated the vicinity.

Clacton Pier has seen the odd ray his week, after dark the dogfish are feeding and there seems to be plenty to be caught here.

The newly formed Clacton Sea Anglers Evening League fished their first match on the Holland on Sea beaches, and 12 anglers fished an ebb tide in drizzly conditions. Most competitors opted to target thornback rays at distance with bigger baits, however, rays were hard to find. Dogfish, whiting, pouting and a few flounders were the main catch and all anglers weighed in.

If you fancy fishing any of their evening matches you can contact them on their Facebook page, Clacton Sea Anglers Evening League. 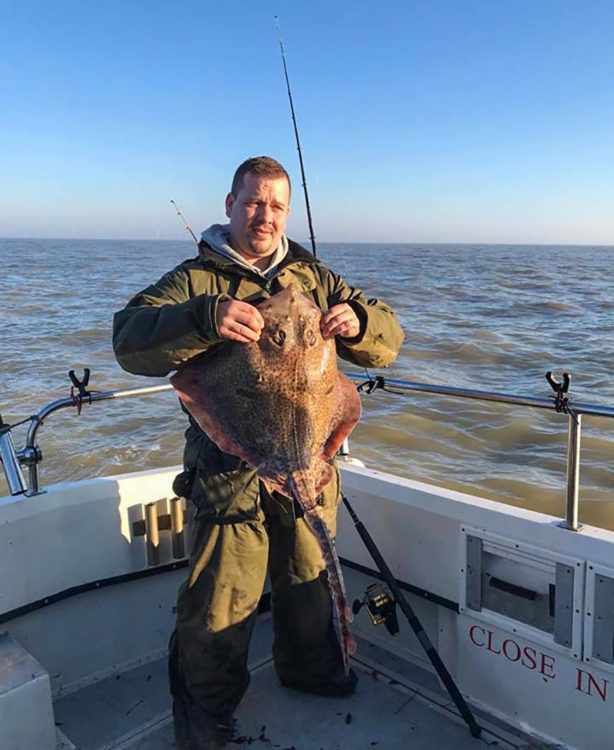 Walton Pier has also had a quieter week, dogfish are showing in numbers after dark together with the odd thornback ray.

Colchester Sea Angling Club headed for Suffolk and the Aldeburgh beaches for their latest beach match. They were greeted with a fine sunny day and just a gentle breeze, 22 anglers fished and bites were instant with everyone catching fish although most were on the small side.

The heaviest flatfish prize went to Tony Quarton with a 10oz plaice and the heaviest round fish prize was won by Vic Pearce with an 8oz whiting.