Skegness Pier Angling Club (SPAC) members have been enjoying some great fishing in recent matches held from local beaches. Match 19, held at Winthorpe Avenue, saw Grimsby ace Adie Cooper win yet another match, with 11 flounders, two whiting, a sole and a smoothhound, for a total length of 446cm. He also won the longest round fish prize with his 89cm (5lb 8oz) hound. Corby’s Paul Marshall came in second with a 12-fish mixed bag for 313cm. Paul’s partner Denise Seaton fished brilliantly to take third place with five flounders, two dabs, a small plaice and a weever (all caught at very close range) for a 192cm total. Paul & Denise also teamed up to win the rescheduled Mixed Pairs event, with 3pts. Grimsby’s Dan Jackson was in amongst the prizes again, winning the longest flatfish prize with a 36cm (1lb 2oz) flounder. 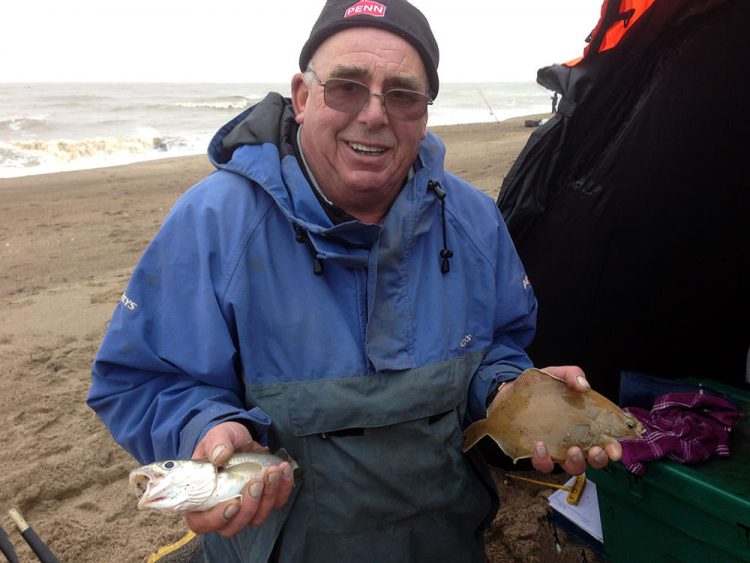 Match 20 was fished at Trunch Lane, with Adie Cooper once again in scintillating form, running out easy winner with six whiting and 12 dabs, for a total length of 451cm. Paul Marshall had to settle for second place again, with four whiting, three dabs and three flounders, measuring 242cm. Croxton’s Dave Burr has been having a quiet season by his standards, but took third place on this occasion, with eight fish for 229cm. He also won the longest round fish prize with a 33cm whiting. There was a three-way tie for the longest flatfish prize, with Dan Jackson, Paul Marshall and Alan Steadman all measuring 31cm flatties.

There was a good turnout for Match 21, held in perfect conditions at Bohemia Point, Sutton on Sea. Those that fished enjoyed excellent catches and there was a ding dong battle for first place between Paul Marshall and top Grimsby match angler Garry Hutson. It was Garry who just edged it, winning the Dutton Cup for his efforts, with 36 fish for an amazing 1045cm! Paul had to settle for his hat trick of second places, with 26 whiting, four dabs, six flounders and a lesser spotted dogfish for a total length of 1027cm. He also won the longest round fish prize with his 53cm dogfish. Adie Cooper framed again in third place, using his prodigious casting skills to catch a 33-fish mixed bag for 941cm. Grimsby’s Ian Nelson landed the longest flatfish prize with a 32cm flounder. 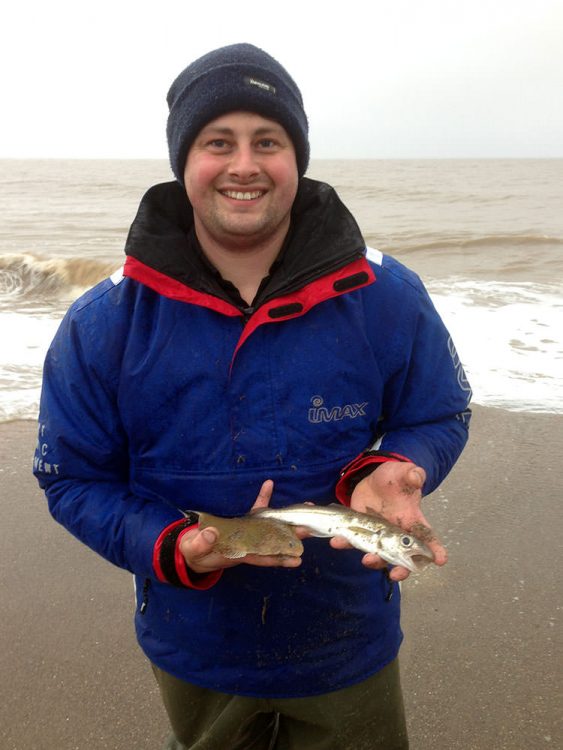 Chapel Point was the venue for Match 22, with the whiting shoals thinning out, but plenty of dabs keeping rod tips nodding. Dan Jackson got off to a good start and was in the lead all the way through the match, winning the Shipstone Cup with 5 whiting and 14 dabs for 467cm. He also shared the longest round fish prize with Paul Denholm, both with 37cm whiting. Just one fish behind in second place was Ian Nelson, with a whiting and 17 dabs for a 459cm total. “Angler not a Dangler” Bob Foster framed in third place with a 19-fish mixed bag measuring 440cm. Adie Cooper didn’t make the top three for a change, but managed to win the longest flatfish prize with a 31cm specimen dab.

The next SPAC match is the popular Biggest Fish Rover, which will be held on Sunday 27th Nov, from 1 till 7pm between Mablethorpe and Gibraltar Point. This match is open to all, with entrants weighing in their single biggest fish only. Match HQ is the Lakeside Leisure complex on Trunch Lane. For further information please contact SPAC Secretary Chas Tibble on 07984 967988 or chastibble@hotmail.com