Nathan Berrie and his son Dillan fished an hour up and hour back down from high tide at Cleveleys last week. First cast and Dillan’s rod was out minutes tapping away with a good size whiting before Dad even had his line in the water. After returning the whiting and rebaiting with half a worm and a half a squid it was again only minutes before it absolutely buckled. Dillan hit the bite and was flat rodded, an 11ft 2-4oz pier rod, after nearly 10 minutes of him heaving and being heaved he hauled a thornback ray up onto the sand. The bites carried on with his baits only soaking a little over five minutes a time. He ended up with eight doggies, a whiting and the ray. Nathan had a couple of doggies and a handful of four-inch whiting. 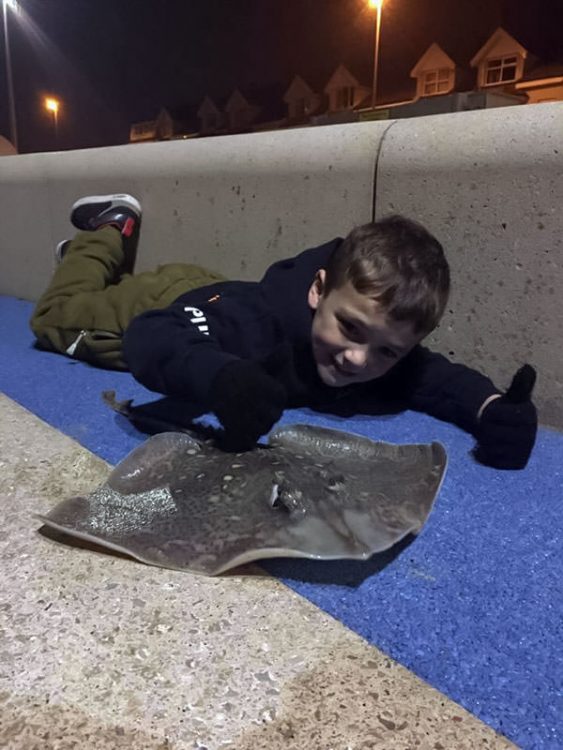 Rick Pennington had a little daytime session on the Gynn at Cavendish where he found it hard work despite the sea looking good. He baited up a loop rig with semi fresh black on size 1 hooks to target codling. An hour passed fishless before he had a nice slackliner and reeled in a good size dog after the hopes of a head shaking codling evaporated. Nothing then for best part of two hours. The whiting came on the last hour, nothing big; two pins, two a bit better and a dab.

Nathan Pickering fished at Fleetwood last week with his mate Phil where they enjoyed a cracking session once the ebb started. Fishing at distance he found some big whiting to 39cm along with codling to 3lb. All fish came on fresh worm dug last night using pully pennels with a circle as the top hook. 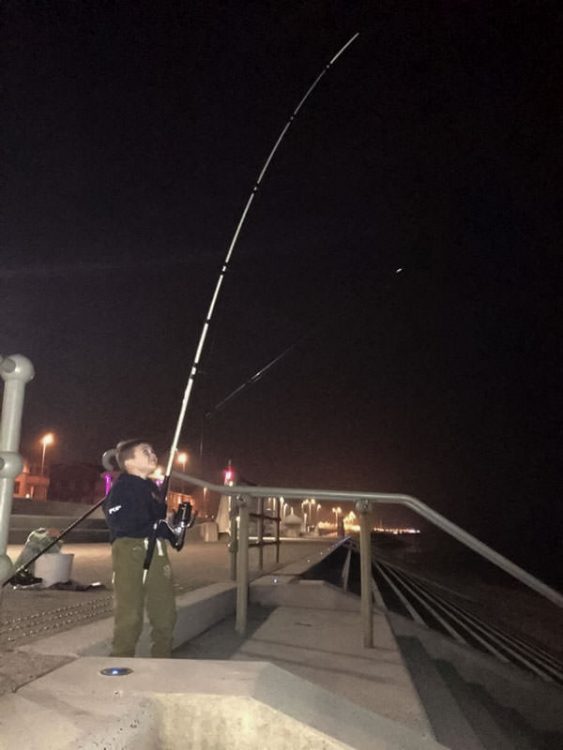 Terence Gargan fished at 5 Bar Gate last Saturday with his mate Simon and reports that he picked the right time for a change despite the wind and rain. They fished the tide three hours on the ebb at the second gully, being a small tide it didn’t empty at all even though you could just see a sand bar on the other side with surf crashing on it.

First cast and a few minutes later they were both into fish over the rough ground that showed the benefit of using pulley pennel rigs with 2/0 Varivas hooks. In came two plump cod and this continued until low water when we headed back to the car for a brew. Fed and watered they headed back to it, and the cod and good size whiting again attacked the baits. They continued moving back up the beach catching fish as we went. Terrance noticed another gully at the end of the wooden breakwater which started filling very quickly so we high tailed it back to the safety of high ground and fished from the top of the beach. It went quiet for a while then picked up on the ebb with more cod and good whiting through until the end of the session. Frozen black lug and dirty squid produced 16 fish with Simon finding the better size of cod. 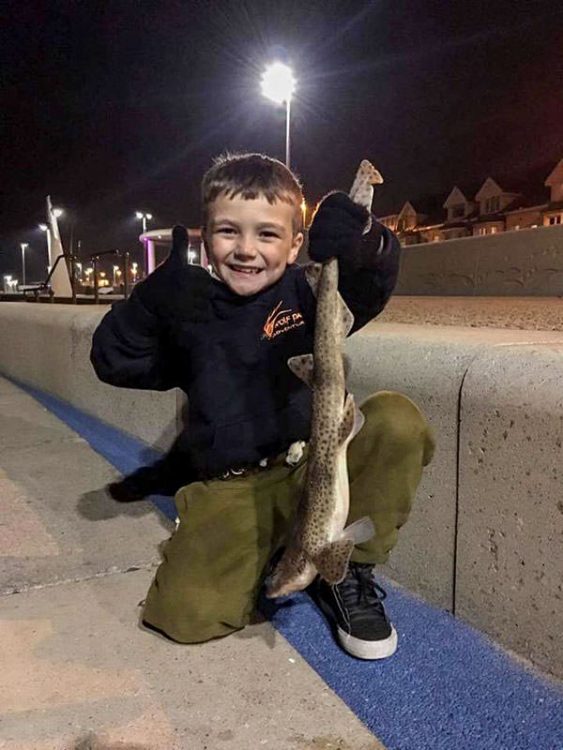 Last Sunday Fleetwood and District Angling club fished a match Five Bar Gate, Cleveleys. Out of the sixteen anglers only three caught fish. Trevor Barnett had four flounders on crab for 43 points and an easy victory. Joint second was Ray Rodger with a whiting for 5 points and Ken Forrest who had a last cast dab for 5 points.

The next Lancashire and Bispham Angling match is just around the corner on Sunday 20th November. Rods in at 1.15pm – 4.45pm. Check in at Bispham Angling at 12 noon. Limited spaces available on the day but you should pre-book.