The weekend saw anglers from Holland and Belgium arrive on our shores as they headed for Clacton for the Shore Fishing UK two-day fishing match, which was fished along the beaches from Clacton Pier to Walton Pier. Combined with our own anglers who travelled from the length and breadth of Great Britain it was always going to be a great event and so it proved.

Day one saw bad weather conditions with driving rain and high winds, and some competitors struggled to find sizable fish. Top angler on Saturday was Martin Grossman from Southend with 0.980kg bass. 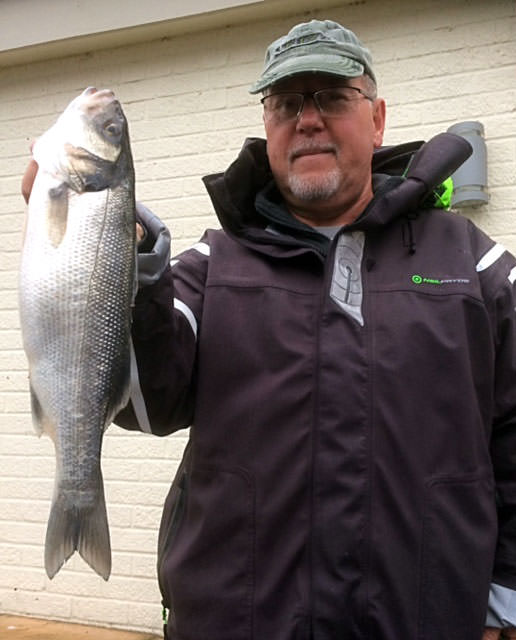 Day two was a totally different day with light winds and sunshine and all competitors caught a steady stream of whiting and some flounders.

The final weigh-in and evening presentation was held at Valley Farm Park in Clacton.

There were many prize winners and the two juniors that fished both received a rod and reel combo.

The heaviest fish prize went to Malcolm Wright with a 14oz whiting. Their next match is their Pier Championships to be held on Walton Pier Sunday November 20th, fishing 11am-5pm.

The boats this week have been fairly quiet, but once again there are thornback rays to be caught, but very few cod showing. The herring shoals have now entered the river estuaries and will now be with us till well into the New Year.

Walton Pier has seen plenty of whiting being caught and dabs from the top of the pier on calmer days. Garry Graham reported whiting, pouting and dabs but all fish were undersize and returned.

Clacton Pier is fishing much the same, with whiting and dabs although there has been the odd dogfish caught.

The high tides for the weekend are Saturday 14.56pm and Sunday 15.49pm