Kettering’s Jim Robinson ran out easy winner of the latest Skegness Pier Angling Club (SPAC) match, held in perfect conditions at Jackson’s Corner. Jim caught a small rockling, an even smaller whiting and a specimen lesser spotted dogfish, measuring 103cm in total. This was more than enough to give him his second win on the trot and added the Ex-Servicemens Cup to his seasons trophy tally. He also won the longest round fish prize with his 60cm dogfish, which weighed in at a level 2lb and is now front- runner for the SPAC Fish of the Month competition. Some way behind in second place was Friskney’s Mark Holmes, who cut back on his long distance back-casts to take two flounders at close range for 53cm. He also won the longest flatfish prize with a 32cm flounder. Skegness local Dave Bradley managed to beat his superstar daughter for a change, to take third place with two small flounders measuring 44cm. It was a close run thing though, with top lady angler Helen continuing her current good run of form by coming in fourth with a 28cm flounder. 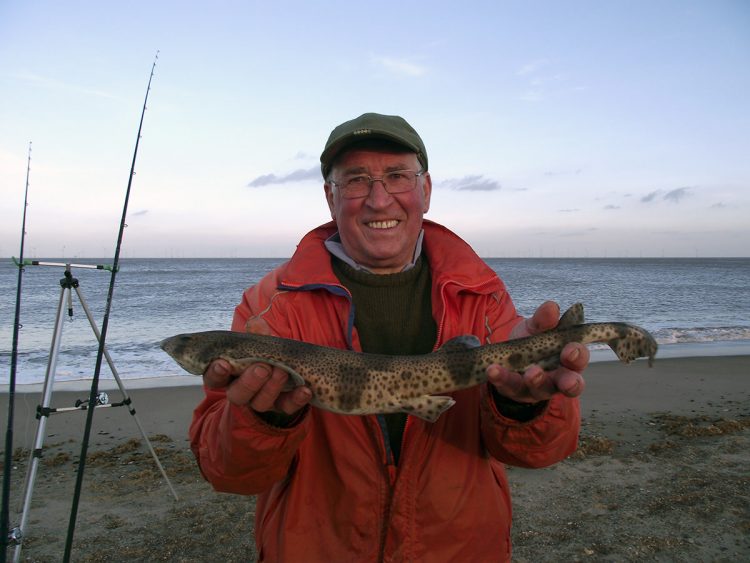 The next SPAC match will be held on Saturday 29th Mar from 2:30 till 6:30pm at Moggs Eye, with Club members fishing for the Stan Marvin Cup. There is also an open section, which non-members are welcome to participate in. For further information please contact SPAC Secretary Chas Tibble on 07984 967988 or chastibble@hotmail.com