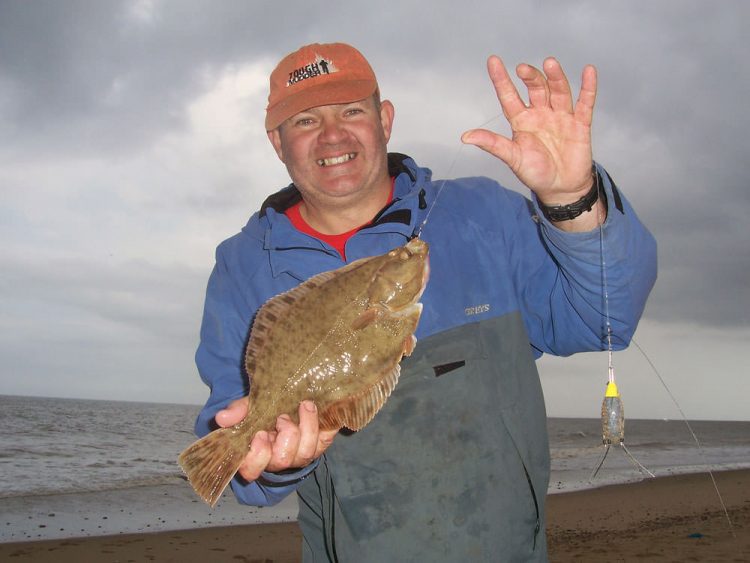 Large whiting shoals just offshore resulted in excellent catches for competitors in the first two Skegness Pier Angling Club (S.P.A.C.) matches of 2012. In match one held from Trunch Lane, Kettering’s Dave Shorthouse won his second match in succession with 21 whiting and three dabs weighing in at 14lb 12¾oz. Close behind in second place was Mark Holmes from Friskney, whose 20 whiting and a single dab tipped the scales at 14lb 4¾oz. Wrangle’s Alan Steadman needed just one more fish to overhaul the top pair, but in the end had to settle for third place with 25 fish for 14lb 0¾oz. Alan also shared the heaviest round fish prize with Dave Shorthouse, both with 1lb 4oz whiting. Croxton’s Dave Burr took the heaviest flatfish award, with a 12oz dab.

There was another very close finish in match two held from Chapel Point, with Alan Steadman coming out on top by the narrowest of margins. His 17 fish catch weighing 9lb 14oz, was just enough to beat off a strong challenge from Dave Shorthouse, whose 18 whiting and two dabs weighed in at 9lb 9½oz. In-form Jim Robinson travelled up with Dave from Kettering to take third place with 16 fish for 9lb 5¾oz. New S.P.A.C. member Danny Smith used his local knowledge to win the heaviest round fish prize with a nice 1lb 4oz whiting and Skegness local Dave Bradley was the final prize-winner, taking the heaviest flatfish award with a 1lb 1oz flounder. In total there were 315 fish recorded over the two matches, with the vast majority returned alive to the sea, under the S.P.A.C. catch and release match format.

The next S.P.A.C. match will be held on Sunday 5th Feb from 2 till 6pm at Jackson’s Corner, with Club members fishing for the Healey Cup. There is also an open section, which non-members are more than welcome to participate in. If whiting shoals remain in the area it could prove to be a cracker, as Jackson’s is rated to be one of the best whiting venues on the East Coast. For further information (including any bait requirements) please contact S.P.A.C. Secretary Chas Tibble on 07984 967988 or chastibble@hotmail.com