Skegness Pier Angling Club (S.P.A.C) members have been enjoying better catches recently, with the fishing picking up at local shore venues. Ten-year-old Kellie Marshall was the star of the show in the inaugural SPAC Species Hunt match held at Drake Road, Skegness. The format was 10 points for each different species caught, then 1 point for each further fish of the same species. Corby based Kellie was the only angler to catch two species, taking first place with a silver eel and a weever, worth 20 points. Her dad Paul fished to his usual high standard to catch 5 silver eels for 14 points, but just couldn’t manage to extract that elusive second species to overtake Kellie! S.P.A.C’s top lady angler Rosie Jackson was on fine form, beating her long suffering husband Neil again and taking third place with 2 silver eels for 11 points. As there were no flatfish caught, the heaviest round and flatfish prizes were shared between the top 3 anglers, all with 11oz silver eels.

Wrangle’s Alan Steadman left it very late to come good in the S.P.A.C RNLI/Carnival match, held from Wolla Bank, Chapel. After enduring a fishless match until the last 10 minutes, his last cast 5lb smoothound was more than enough to take top honours. Corby’s Paul Marshall was the bridesmaid for the second match on the trot, taking runners up spot with three flounders and a weever for 2lb 7½. Paul made up for the disappointment by also taking both the heaviest round and flatfish awards, with a ½oz weever and a nice 1lb flounder respectively. Wrangle’s Paul Cridland filled the frame in third place, with a silver eel and a small flounder weighing 14½oz. 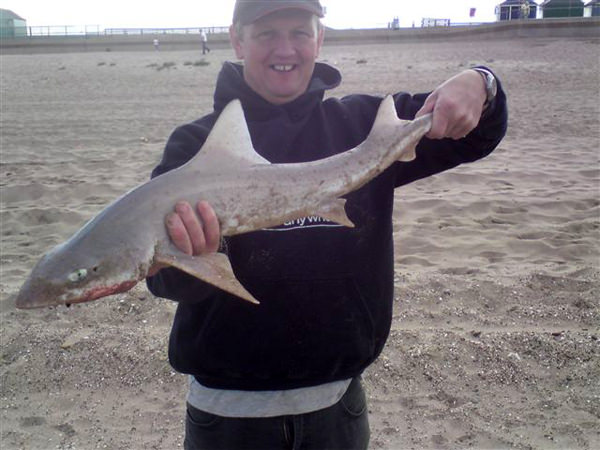 Away from the match scene, top Grimsby angler Karl Nangle has been in amongst the smoothounds again at Sutton-on-Sea. His last session resulted in 3 decent hounds, with the best one weighing in at 8lb 1oz, which is currently leading the August SPAC Fish of the Month competition.

The next SPAC match will be held on Sunday 22nd August from 4 till 8pm at Drake Road, with Club members fishing for the Mrs Wheatcroft Trophy. There is also a Mixed Pairs event and an open section, which non-members are welcome to participate in. For further information contact SPAC Secretary Chas Tibble on 07984 967988 or chastibble@hotmail.com

How To Tie The Grinner Knot