Hull based boat angler Dave Brown booked the charter of a lifetime when he contacted Richard Ward and arranged for shark trip aboard the Bullet DS38 Islander “Shy-Torque III” out of Whitby last week.

In recent years Richard has pioneered the Yorkshire summer shark fishing and every season is proving better then the last. The trip produced three hard fighting porbeagles weighing in at 300, 275 and 200 pounds respectively. Dave fished with balanced 50lb class Shimano gear and the marathon fights tested every muscle and sinew in his body. The photographs in the gallery clearly show the stresses and strains that this powerful member of the shark family subjects both the angler and his gear to during the struggle. Several times Dave was on tip toe over the gunwales as the sharks made line stripping runs. The successful baits were massive bridle rigged mackerel. After landing and unhooking all the sharks were safely returned via the boat’s custom built transom gate.

Another four fish were hooked and lost during this exceptional day of North Sea sharking.

It would appear that Scrabster’s title as UK porbeagle capital is under threat. Anyone wishing to a arrange a charter to challenge these magnificent beasts can contact Richard on his website. 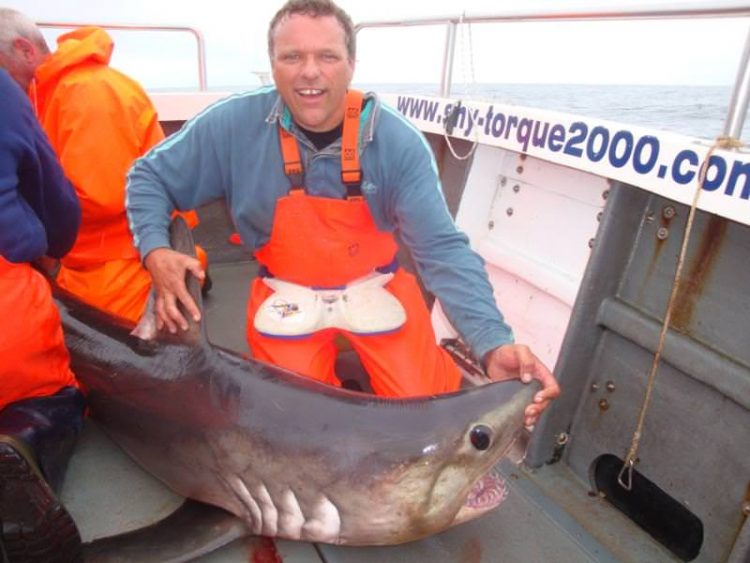