The WhatsApp group had been chattering most of the morning with dire warnings that Overstrand would be a difficult venue with low tide at 20:27pm and the breeze keeping the outgoing tide in, and with a low fish count. But consensus was to fish the venue and see what would happen. Conditions would be the same for everyone, and with 21 confirmed anglers it was hoped that there would be some successes. Great to see Hitesh back on the beach. Big thanks to Nathan for pegging the beach – well he is the youngest and can handle the Overstrand beach climb more than once. 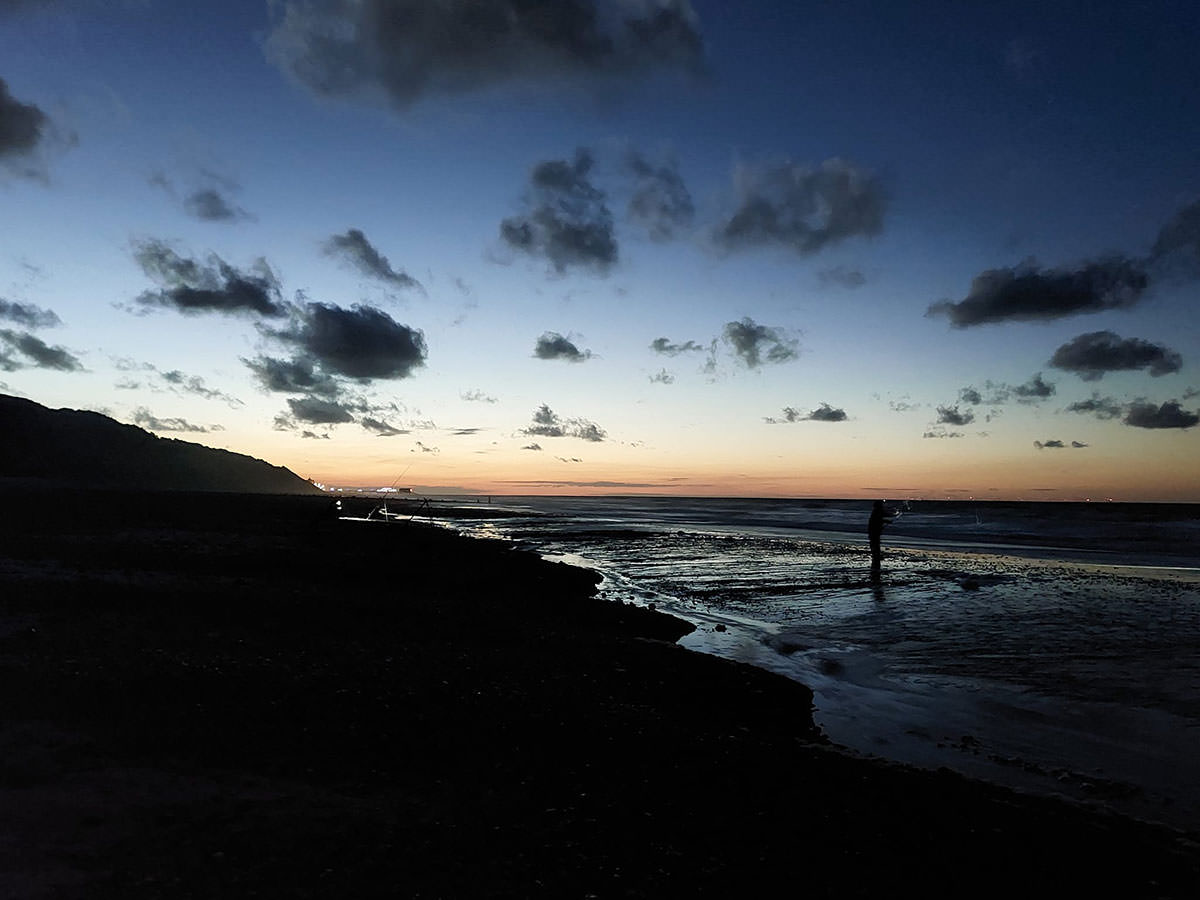 With everyone match fees and bait paid up and assembled Norfolk Angling Club then held a minute’s silence in respect of the passing of Her Majesty Queen Elizabeth II in honour of 70 years dedicated service to the Country and the Commonwealth.

Pegs were drawn and we all took our positions to the left of the walk down, and with 21 fishing we pegged well on the way to Cromer. As the tide was ebbing the water looked very bassy, shallow breakers close in, but time would tell. There were no early catches at my end of the beach and the general feeling was it was going to be one of those nights – meaning very slim pickings! 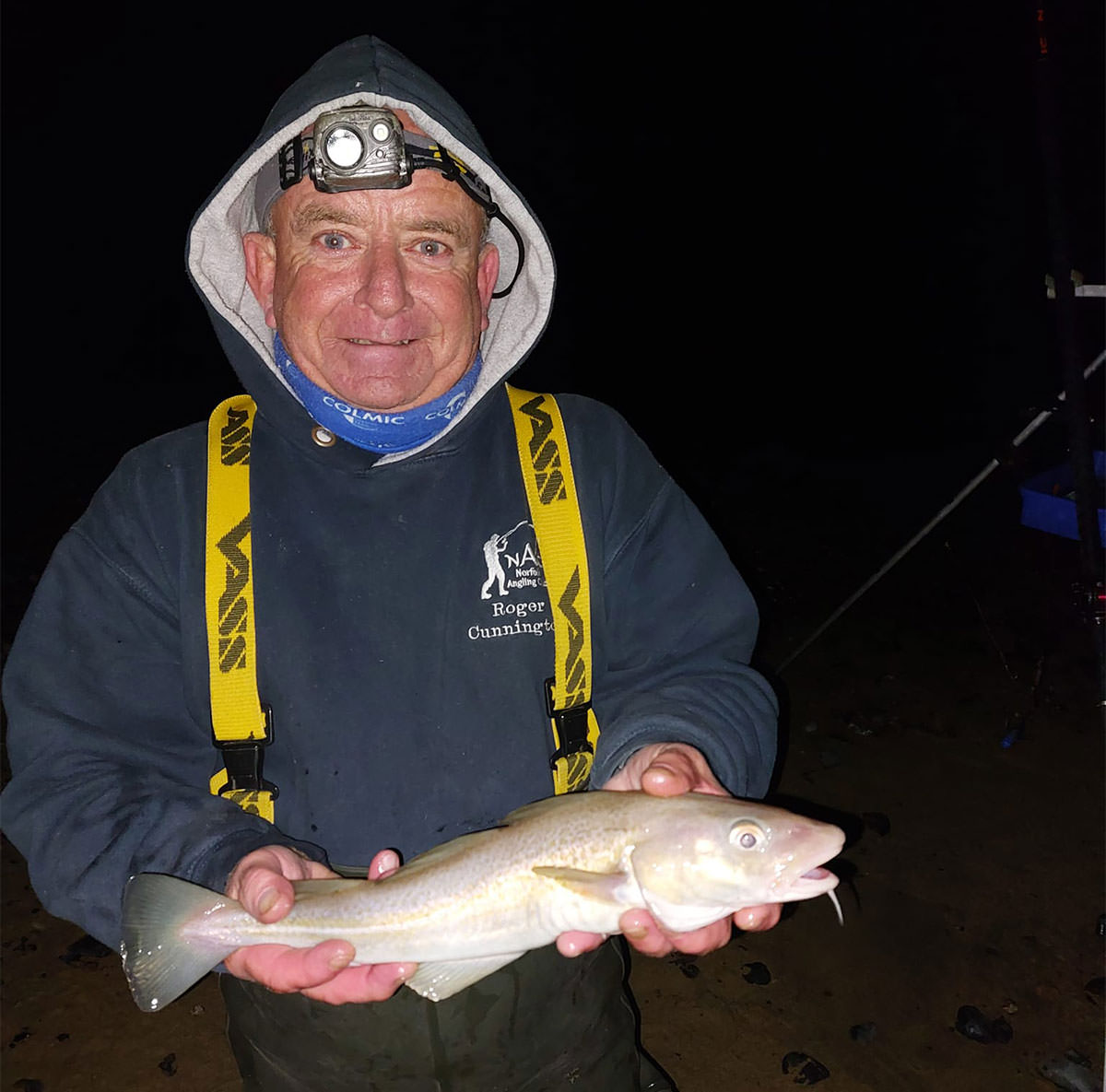 Roger with one of his codling

There were a few whispers up/down the beach that a few codling were being caught, along with a bass, and a few eels. Other than that, the beach was quiet. When the final tally up of fish caught it definitely confirmed the “slim pickings” feeling . In a poor night only a total of 14 fish carded which included a single bass, a fine 46cm specimen falling to Pond Pete on Peg 1, three flounders of which Steve Medlar picked up the biggest at 26cm. The catch average for was only half a fish per angler – very poor. 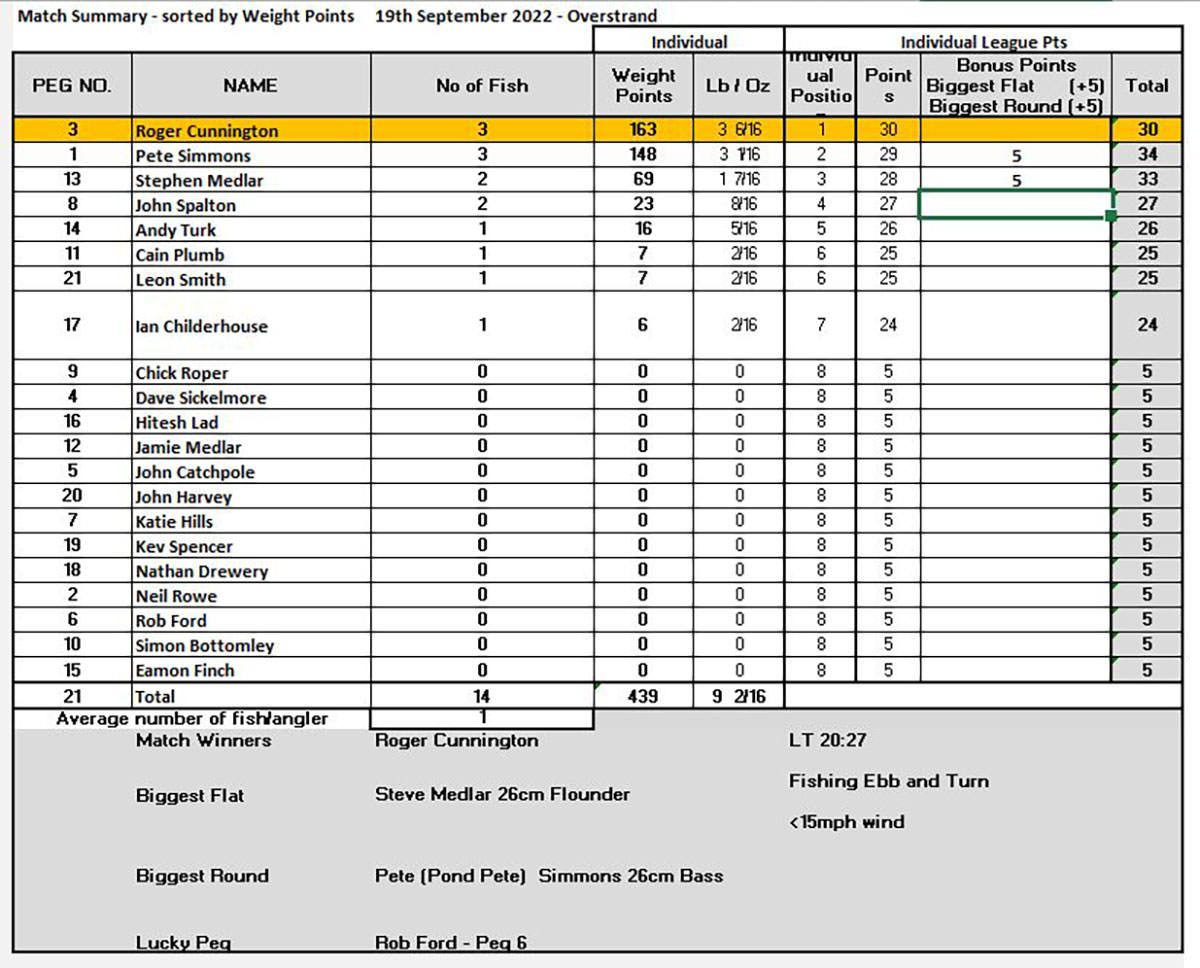 In a rough night for the majority of anglers, 13 blanked out of 21….it fell to Roger Cunnington fishing from Peg 3 to show us all how it was done, again – catching two Unicorn codling. Pond Pete fishing on Peg 1 a creditable 2nd, it was that fine bass that did it. So, Roger is the one to watch with two matches out of three. Congratulations – just look at the grin on his face, the codling have arrived. Roll on next week’s match in Sheringham.

Wishing Dave Mathers a speedy recovery, see you on the beach soon.