The third year of the Norfolk Sea Angling Festival, hosted by Norfolk Angling Club, saw over 40 anglers competing each day for the top prize of £500. The heaviest single fish of each day for each angler was combined for the overall positions. 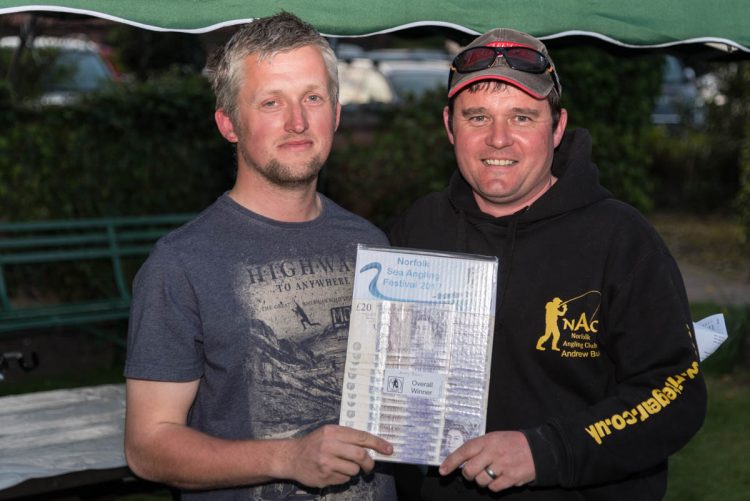 Fantastic summer weather on both days saw anglers spreading out from Cromer Pier beach up to Cley-next-the-Sea, with reports of dogfish, rays, big pouting, flounders and dabs and the occasional sizeable whiting it was anyone’s guess where the winning fish would come from.

Saturday saw many head to the deeper marks around Weybourne and Kelling to try for a dogfish or one of the big pout near the wreck area. Several went under the cliffs in between Weybourne and Sheringham in search of a possible codling or lesser spotted dogfish. As it turned out on day one the winning fish came from West Runton beach on the rough ground in tough conditions.

The area can be a tackle graveyard, but with enough water early on in the match it was Andrew Bunn who pulled out a nice dogfish of 1lb 9oz. Second place on day one went to Russell Taylor who had opted for the wreck area and found his target species of pouting, a cracker of 14oz.

The Dogs Let Out

The Sunday of the Norfolk Sea Angling Festival saw another wonderful sunny day with a slightly stronger wind off the angler’s backs making the heat bearable. The anglers were again very well spread out and the match was really wide open. Opting for a change of venue, Andrew Bunn and Dene Conway headed off to Salthouse to try their luck for dogfish. 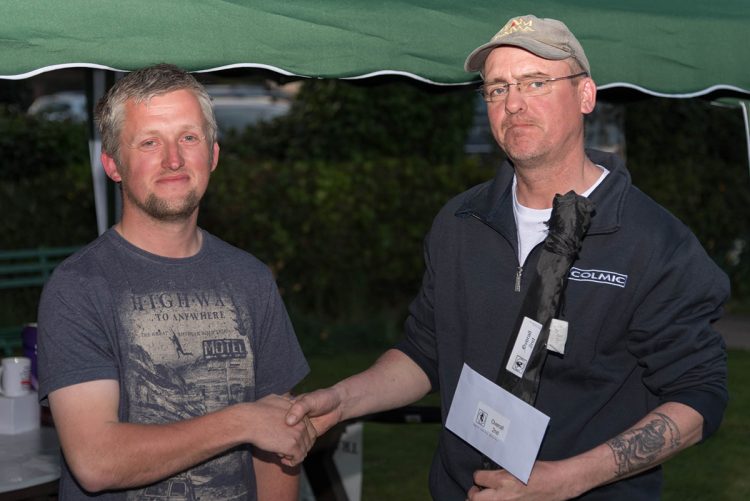 That decision paid off with Andrew finding a small dogfish and Dene finding a nice one at 1lb 14oz. Further south at Weybourne Ian Nelson also found a good dogfish of 1lb 13oz, and Russell Taylor added to his tally with another good pouting, it was still anyone’s match and would come down to the final weigh-in.

Dene Conway’s dogfish took take top spot for the day followed by Ian and his Weybourne lesser spotted dogfish. Everyone waited eagerly at the Village Inn for the final tally up of weights and the prize giving scheduled for 7pm. 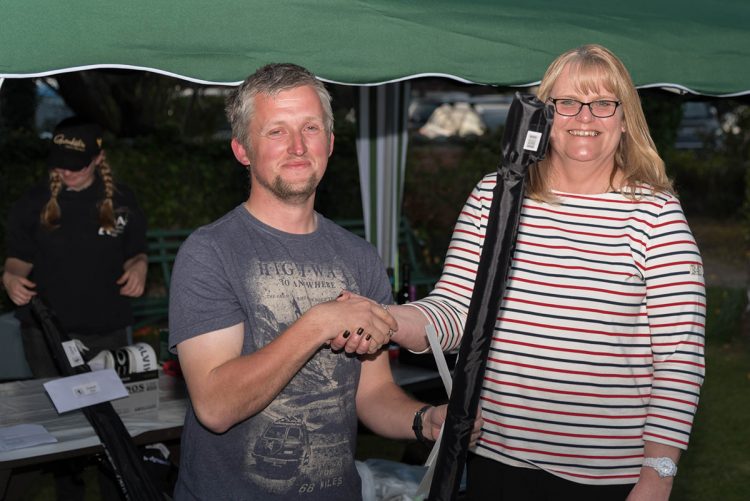 This year we also had several juniors and ladies fishing the event, with Helen Molloy fishing her very first competition and triumphing with a lovely flounder, which not only gave her top lady overall but secured her a share of the heaviest flatfish prize, along with Leon Smith and Dave Mathers. 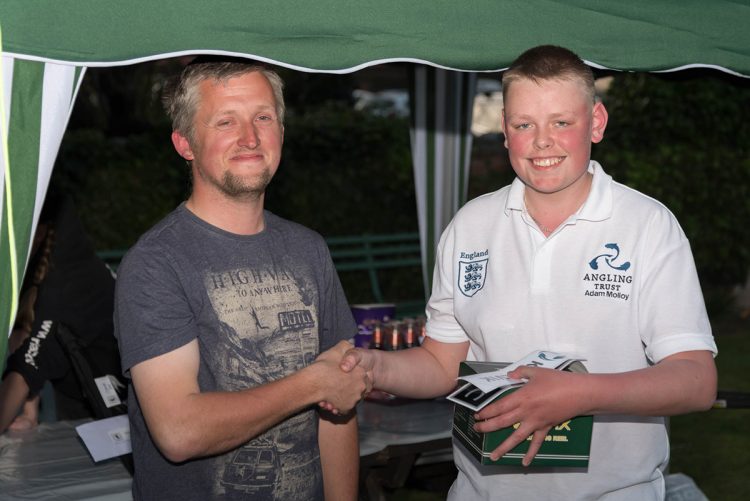 With the final tally completed it was Andrew Bunn who came out as top rod overall for the weekend and picking up £500 for his double dogfish. Second place went to England squad member Dene Conway, who picked up a cash prize and a rod donated by Colmic UK and Shaun Stockley. Weighing in both days proved important for Russell Taylor as he pipped Ian Nelson’s single fish for third place.

Prizes were awarded for the Top Ten anglers over the two days, plus top two each day, along with the top three juniors and the top two ladies, and of course the heaviest flatfish prize. 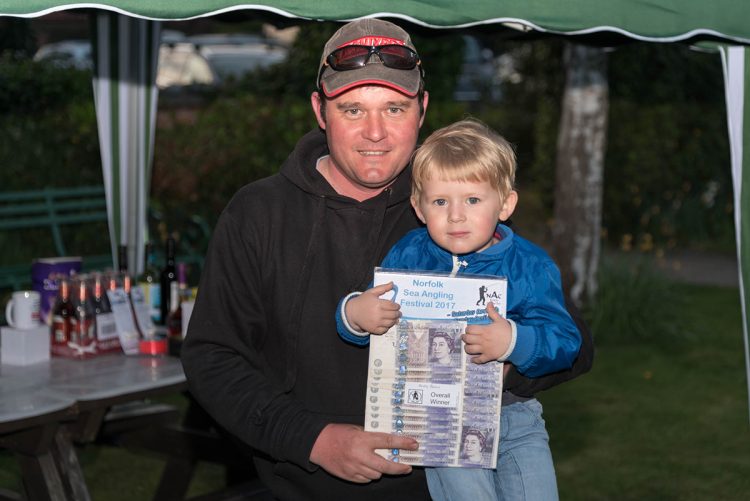 An excellent weekend at the Norfolk Sea Angling Festival was enjoyed by all, full of banter and good spirits. The Organisers pass big thank you to all who took part, to all those who donated raffle prizes and supported the fundraising for the England Junior Team. They would also like to thank you to the Village Inn, West Runton for allowing us the use of their beer garden for the two-day weigh-in.

Thanks also to all those involved in the running of the whole competition, and finally to the sponsors of the event; Colmic UK, Fish Dynamix, Asso Sportfishing and finally Rite Gear Angling Centre for their hard work behind the scenes with bait and prize organisation along with members of the Norfolk Angling Club.

Bass are Showing on Essex Beaches