Even the storms of the weekend did not stop the Norfolk Angling Club from fishing the last match of the winter season, 22 matches fished in total.

It was a close call as to where, with the winds playing havoc with our original planned venue of Cromer, then a move to Walcott where the wind made it impossible. Finally the combined weather watch talents of John Spalton and Nathan Drewery checking out and declaring Great Yarmouth the best place to fish given the ongoing weather conditions. 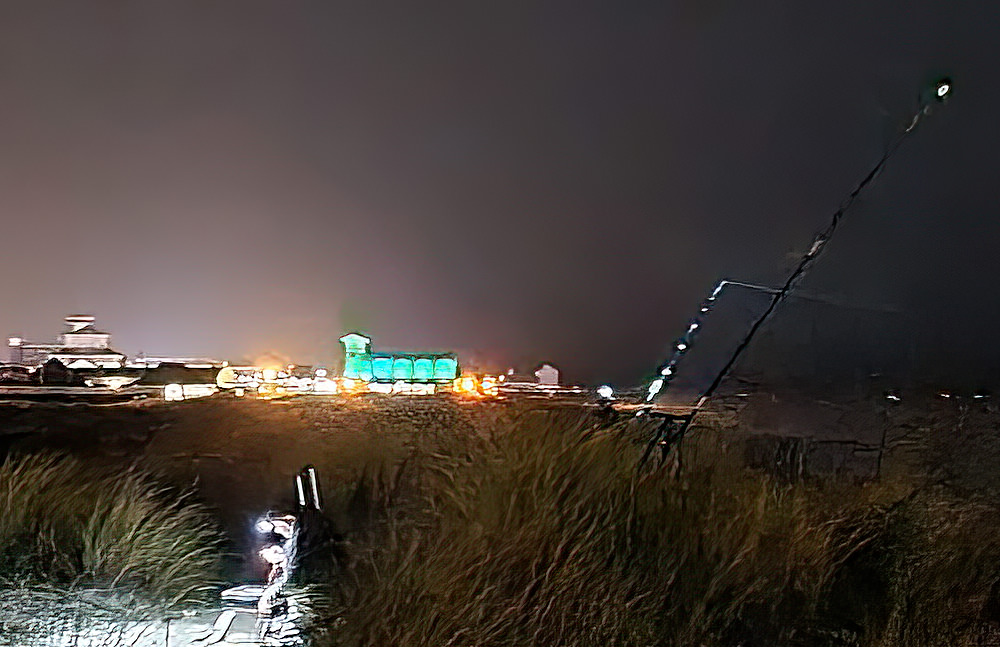 A few messages on WhatsApp, what a useful bit of technology for the angling community, meant that eight members landed up on the road outside the Premier Inn ready to fish. Given the various weather apps comments it was a surprise to find the wind only breezy and temperatures better than expected.

Lots of banter regarding how to fish these challenging conditions should we fish to size limits or 18cm+. As there was no social media chat re sizeable fish, the vote taken to fish to 18cm+ with the hope that there would be also some sizeable fish. With a start time of 6:30pm the early indications from the first casts highlighted the inclement conditions. Tide meant we were fishing from the dunes (HT 20:00), a tide raging left to right due to westerly winds and what was most surprising were the bundles of weed and the size of seal pups. A few bits of gear were lost, some retrieved, to the sea.

With the usual suspects catching “cardable” fish it was a competition to see who would actually catch something that would feature in a size limit match. A total of 103 fish caught between all members, no blanks. Of which 81 were whiting, one rockling and 21 dabs. The honours for the biggest flatfish were shared between John Spalton (peg 7) and Russell Taylor (peg 3) catching 25cm dabs. Whilst the honours for biggest round fish were also shared between Nathan Drewery (peg 8) and Russell Taylor (peg 3). Well done all, tough night.

Congratulations to Nathan who still managed to deliver the goods.

The final results on a rough night were: (two fish between John and Marc but same weight points)

Lucky peg draw went to Russell Taylor (Peg3) – thanks for the photos of the Gt Yarmouth skyline at 7:00pm.

So, concludes the 22 matches of very close competition through the winter. The winners of the league will be declared shortly following adjustment, i.e. four lowest scores, determined by random number generation, to be dropped – the maximum scoring matches per person is 18.

As a taster of the 22 matched fished 14 were over sand with 8 on the shingle.