The penultimate match of this winter season was held at Salthouse, not everybody’s favourite venue (lots and lots of shingle walking) but known to throw up decent fish. 13 anglers gathered on the Salthouse road and with talk of decent fish, favourable weather and with high tide due at 10:30pm, the indicators were in place for a good match. So, with fingers crossed we agreed to start early 6:30pm and fish to size.

The first few casts confirmed that the fish were about, but somehow those fish about forgot to tell their big brothers and sisters as early catches were all undersized. Then a rockling was caught, would this be the match winner? But then chatter up/down the pegs started to report decent fish starting to be caught and we were starting to card catches.

Winner on the night was John Catchpole (Peg 10) with nine fish and John also collected the biggest flatfish award for a 29cm dab. The biggest round fish surprisingly wasn’t Eamon’s but in form Mr Drewery (Peg 9) with a 35cm whiting pipping Eamon’s 33cm, so size does matter. John’s and Nathan’s fish feature on the biggest flat/rounds for winter league table.

So, with only 1 more match to go, who’s going to win the league? 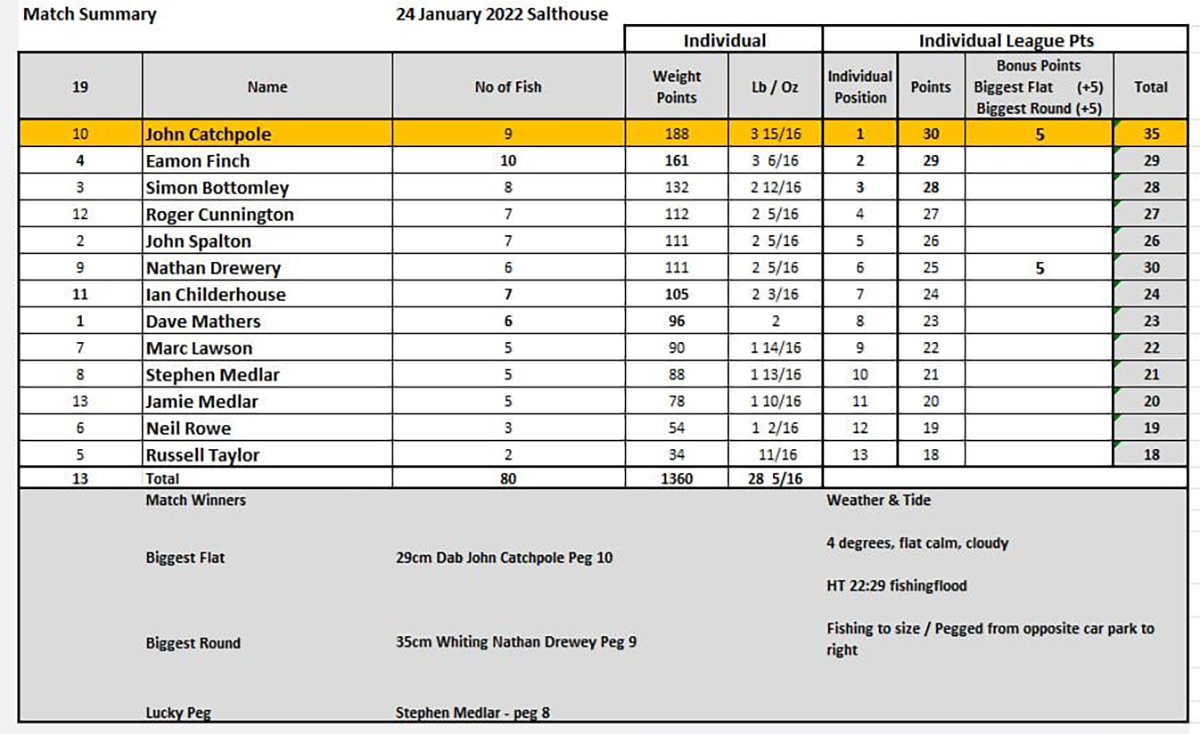 Next match will be on 31st January 2022 at Walcott, fishing ebb (with HT @ 17:53pm). Switched following discussion with group due to issues with being snaggy / parking issues.