No blanks at Weybourne and a rocket! What more could you ask for.

After last week’s match at Sea Palling with only 13 fish caught anticipation was high that Weybourne would be more productive and that the fish gods had moved the fish up the coast. Pre match conversation was not about the fishing but more about trying to find petrol stations open and the lack of fuel locally. Hopefully, with the weather fine, light breeze and an incoming tide the scene was set for a competitive match. Great to see a good turnout (18) with some new and old faces joining the merry band.

With the numbers the beach was pegged from the pipe (peg 18) towards Kelling (peg 1), and given all arrived by 18:00pm (thanks) it was decided to kick off at 18:45pm, and with a low anticipated fish size it was agreed to continue to fish 18cm +.

Early activity set the scene as Dabs started to appear, hopefully maybe a few Bass once the tide came in and the light levels dropped. But the Dabs they kept on coming along with a few Pouting at the Kelling end of the beach. In total 123 fish caught (compared to 13 last week) of which 90 were Dabs. Bass did make an appearance, but none were of good size 10 in total. A tally of 9 Pouting, 5 Flounder, 5 Eels, and 2 Rockling made up the remainder. 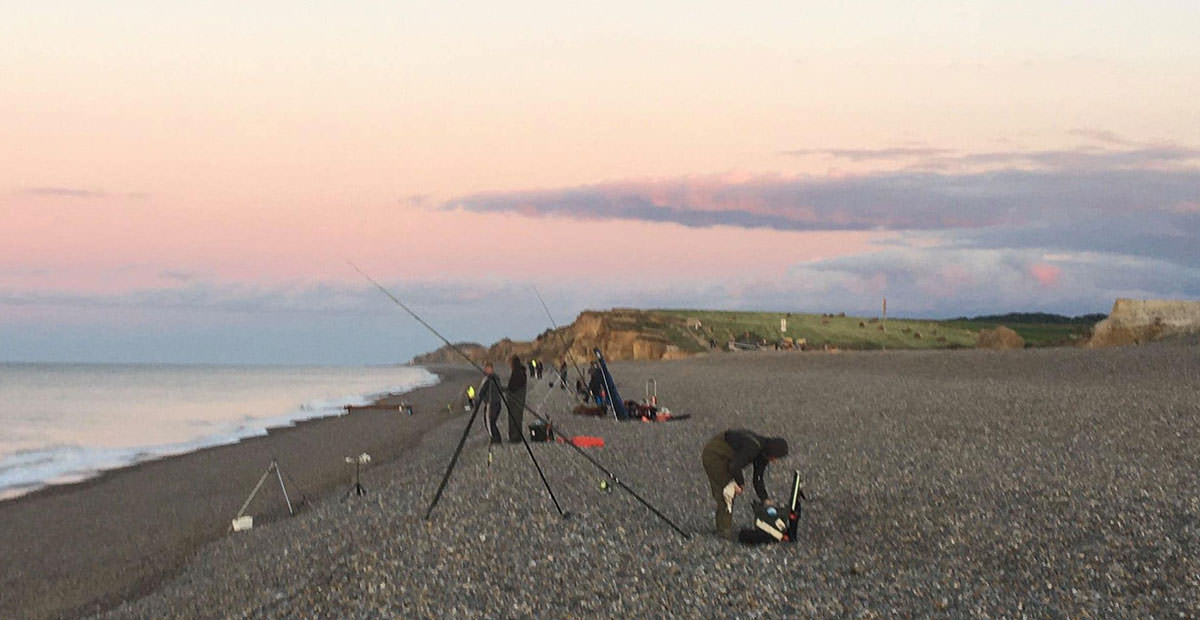 Before we reveal the winners, it might be interesting to note that we were treated to a local lightning show over the wind turbines – see Nathan’s video. Bit of more interest was the bright light which looked to be a satellite but it turned out to be the Landsat 9 launch rocket out of California. Not every day you see that (thanks to our own Patrick Moore – Mr Craske for finding that out.)

So back to the fishing, winner of the night was Stephen Medler (peg 7) with an impressive 14 fish collecting 224 weight points, beating Neil Hayes (peg 10) with 204 weight points, and Pete Simmons (peg 4) on 164 weight points. Biggest flat of the night went to “Mr Reliable” Leon Smith (peg 3) with a 33cm Flounder, whilst on form Nathan Drewery (peg 9) picked up biggest round of the night on his last cast (as per usual) with a 56cm Dog Fish. All in all, a good night what with no blanks, 123 fish, 36lb 3/16oz and a rocket!.

All venues, directions and results can be found by searching Norfolk Angling Club website for latest information and match reports. 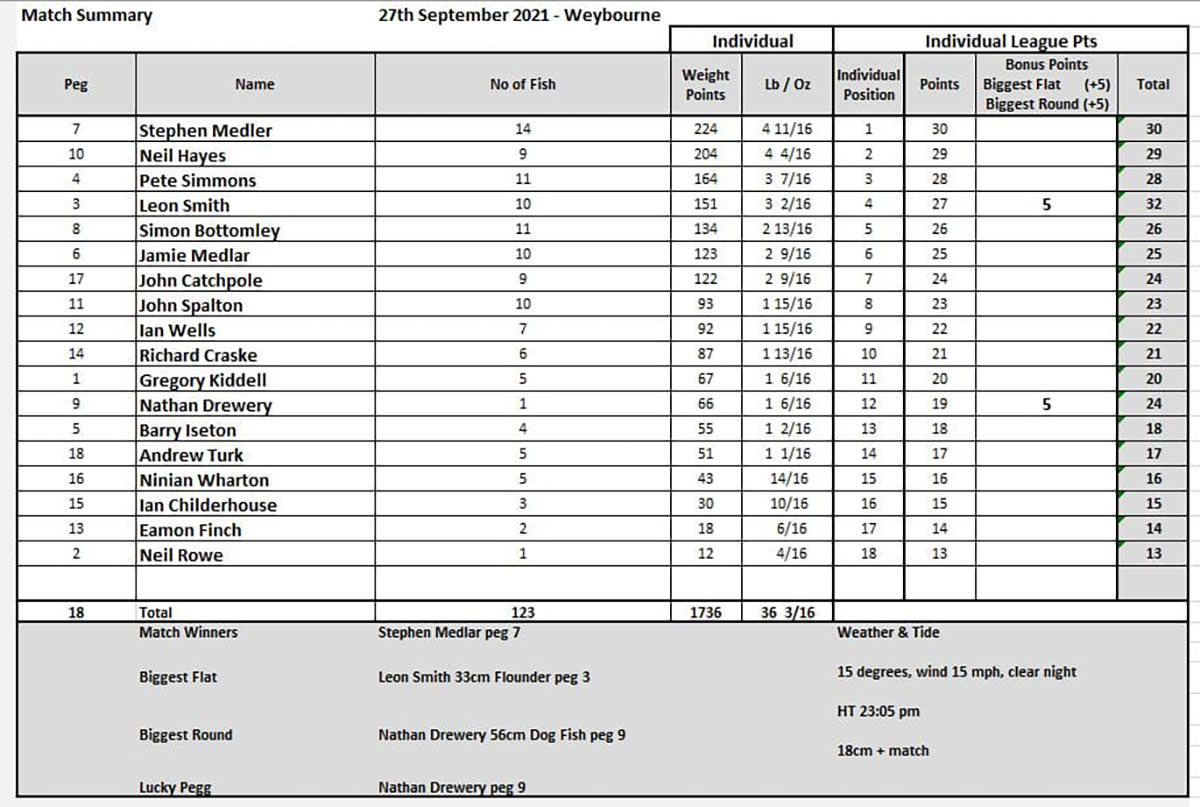