The latest Skegness Pier Angling Club (SPAC) open match was held on Sunday 6th July from North Shore Road. The venue had been fishing well for smoothhounds recently over low tide and up, so as the match was being fished two hours each side of low water, expectations were high. Unfortunately however, we had our lowest turnout of the year so far, with just five anglers turning up to fish.

Conditions were borderline for hounds, with quite a bit of surf that had been picked up by the north easterly breeze and the first couple of hours were pretty dire, with just a couple of missed hound bites. Then Grimsby ace Garry Hutson pulled in a nice 34cm flounder on a hound rig, to start the ball rolling. Karl Nangle fishing to Garry’s left, then caught a 50cm silver eel, again on a hound rig, which made some of the anglers consider whether lugworm on a three hook flapper would be the way to go! 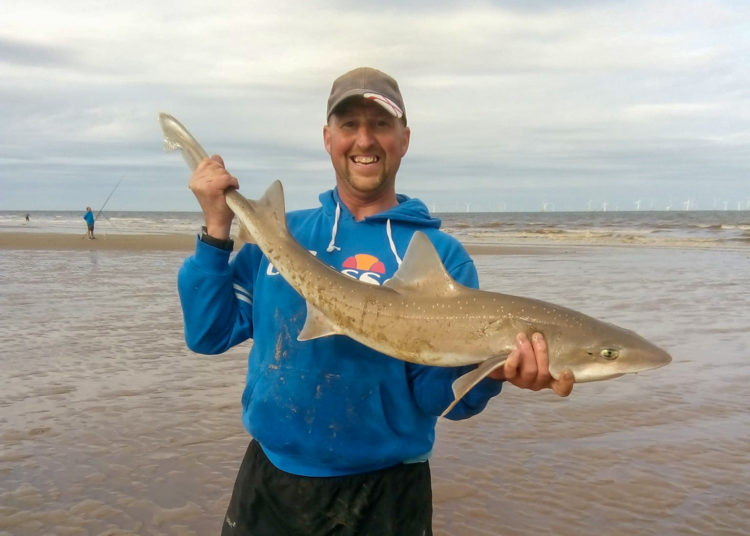 Hound magnet Adie Cooper also caught a silver eel on a hound rig; then with just over half an hour of the match remaining, Adie had a strong bite and after a hard fight, pulled ashore a superb 116cm female hound, which took the scales round to 13lb 8oz. Suddenly there were hound bites everywhere and in a hectic last half hour, ten hounds were caught, with all five anglers catching at least one hound.

But there was no stopping the hound magnet, with Adie going on to catch another three hounds in that vital half hour and running out easy winner of the Shipstone Cup, with six fish measuring 455cm in total. Garry came in second with five fish for 286cm, with Karl adding a couple of hounds to his silver eel and finishing third with 230cm.

The longest round fish prize went to Adie’s superb 116cm hound, which has now become front runner for SPAC Fish of the Month for July. The longest flatfish prize was shared between Garry Hutson and Dave Burr, who each caught a 34cm flounder. 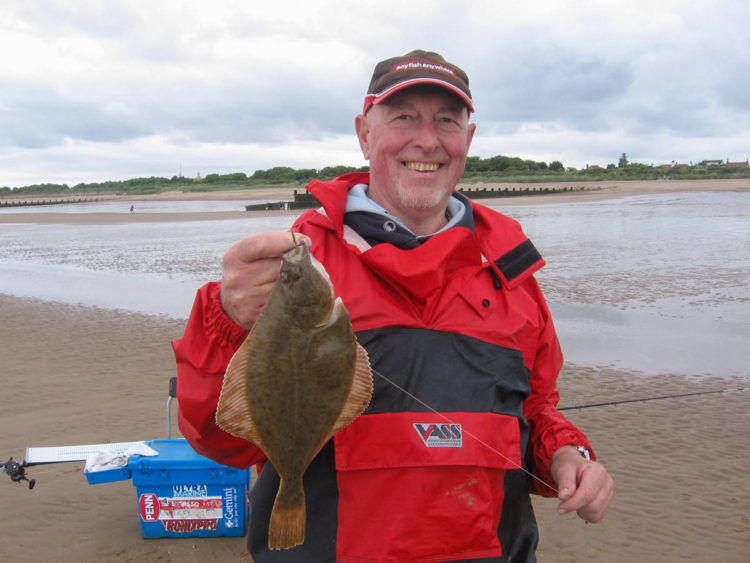 So a very poor match compared to the last one, but well done to Adie for winning his second SPAC match on the trot. There were just 17 fish caught this time, consisting of 10 hounds, 3 flounders, 3 silver eels and just 1 dab, all of which were returned to the sea alive.

The next SPAC match is the annual Lincolnshire Pairs, which will be held on Saturday 27th July from 12:30 till 4:30pm at Marsh Yard (Moggs Eye). Please note that this will be a pegged match fished over two zones. To give me some idea of how many pegs to put out on the day, please confirm attendance to me prior to the match, either on FB or 07984 967988. 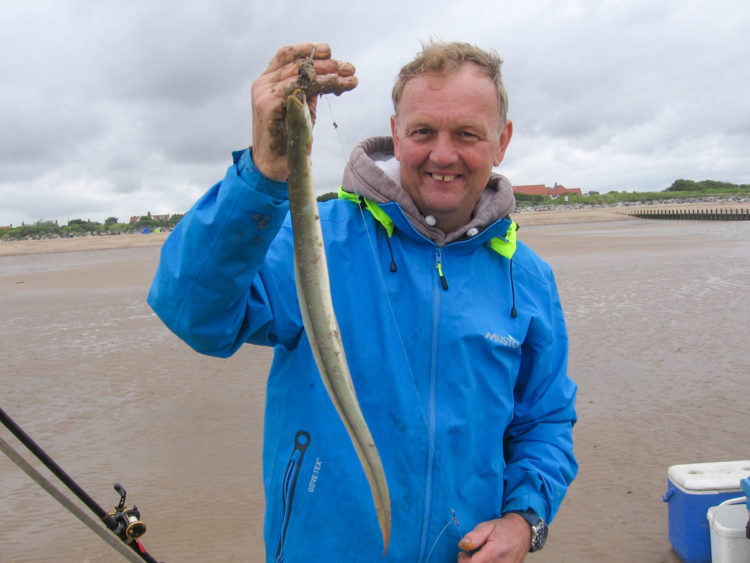 Just a quick reminder that under SPAC rules, all hounds must be measured, recorded and released before the next cast is made. Also, every angler must be in possession of a large bucket or similar container, to retain fish in before registering and returning. Please pass on details to those not on FB and contact me for any further information.

Boat And Shore Action On The Fylde Coast