A glorious evening greeted everyone of the 15 anglers meeting for the penultimate match of the 2022 Summer League, it felt like holidays were just around the corner.

The sea looked good, so much so that we had a new species to compete with “surfboadericus poissonium”, I wonder how many weigh points you’d get for one of them. But with a spot of NAC diplomacy lead by chief negotiator Nathan who managed to organise a deal for space for everyone on the beach. Setting up eight either side of the down ramp.

The tide was ebbing with low tide at 19:11 hrs meant that there wasn’t a lot of water so it would be a scratch match to find the fish. With match averages of over 25 points per match who (Ian Childerhouse, Nathan Drewery, John Spalton, John Harvey) would be the first to pick up the fish and set the marker for the match or who wouldn’t last the night. 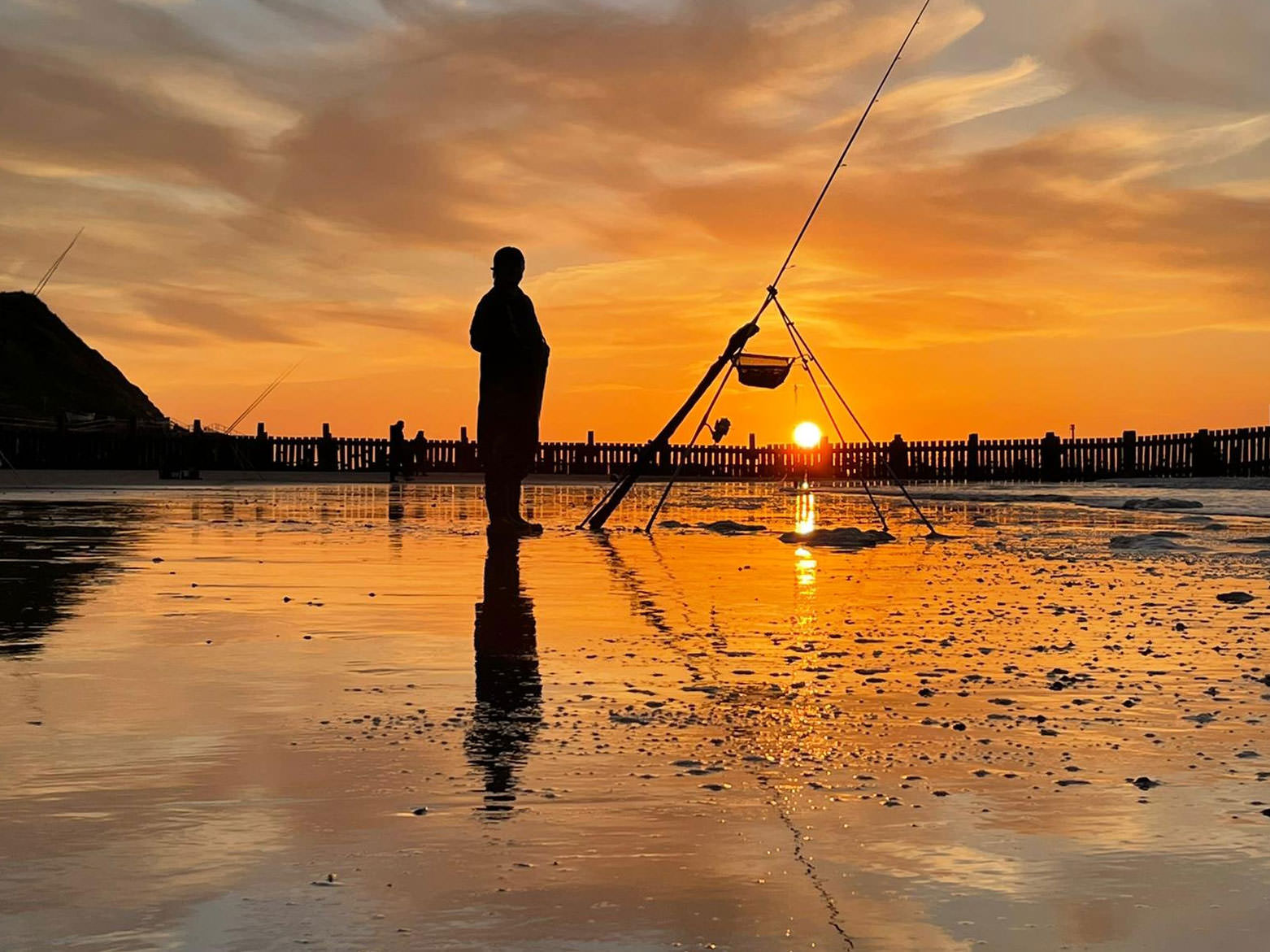 John Harvey was first off the mark with a decent plaice and set the standard for the rest of the evening. In total of 17 fish caught on the night 12 were plaice/flounder/dab with five being eels. Might be useful to remind readers of the scoring rules for eels, 25 pts for under 45cm and 45 weight points for over 45cm. whilst scoring points they cannot count towards biggest round fish.

So, with no biggest round the honours for biggest flatfish was taken by Mr Peter Simmonds with 35cm specimen. But for the record the biggest eel was 56cm falling to Marc Lawson. 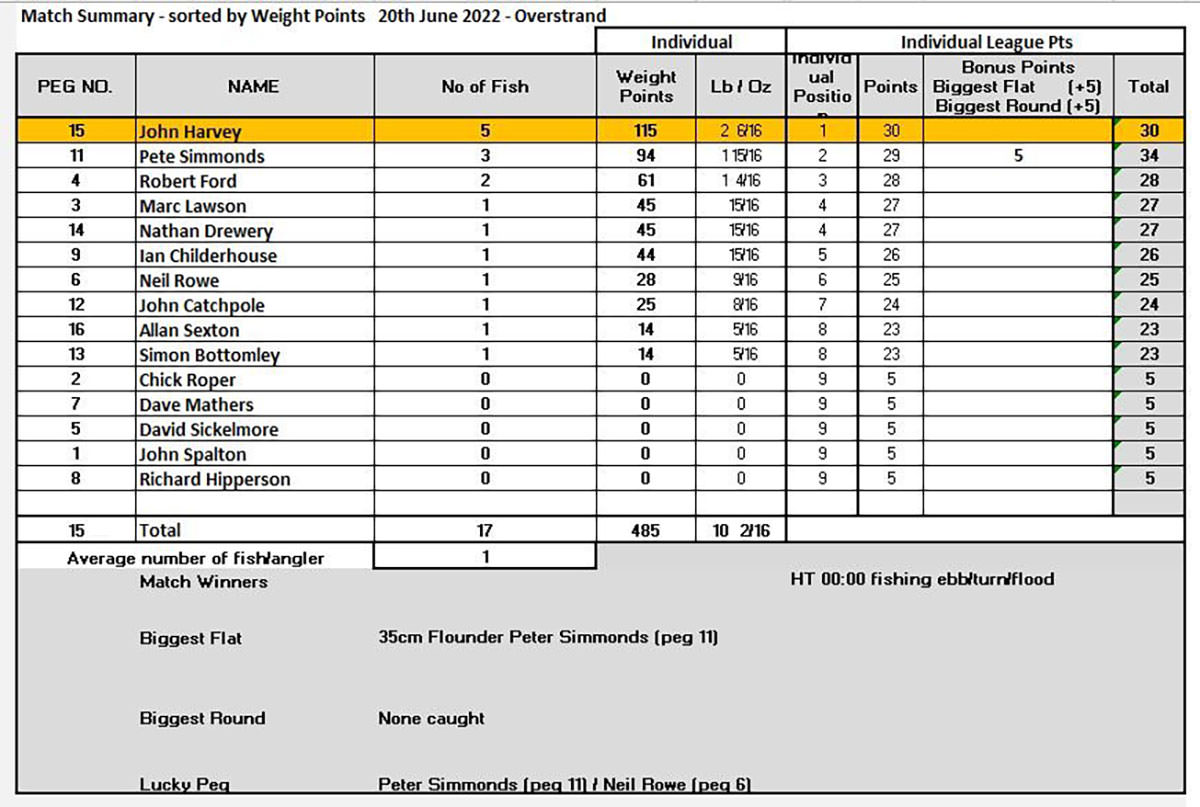 In what was a “slim pickins” night the rostrum was as follows.

The final match of the Summer League will be at Trimingham, with a rover format, fish your own peg so long as you have someone to sign off card. High tide is at 18:39 hrs.

One for your calendars – plan is to hold the Winter/Summer League presentations on 29th August, with prizes/BBQ/fish – same format as last year.