After last week’s shingle match at Cley last week it was a return to the sand of Caister for Match 8 of Norfolk Angling Clubs winter league. Caister was last fished by the club on 18 October 2021. If you fancy checking out what the conditions / catches were a year ago, please access the Norfolk Angling Club web site for all historic match reports. Nice to welcome two new members Julian Lovick and Mark Griffiths and a young Emily Ford fishing with Dad Rob, it seems the Pond Pete You Tube videos are gaining a wider audience.

Neil kindly pegged the beach with his newly designed pegs, with peg 19 opposite the walker’s entrance to the beach with remaining pegs heading towards the left to Cromer. Conditions looked good and with a High Tide due at 21:00pm, the scene was set. 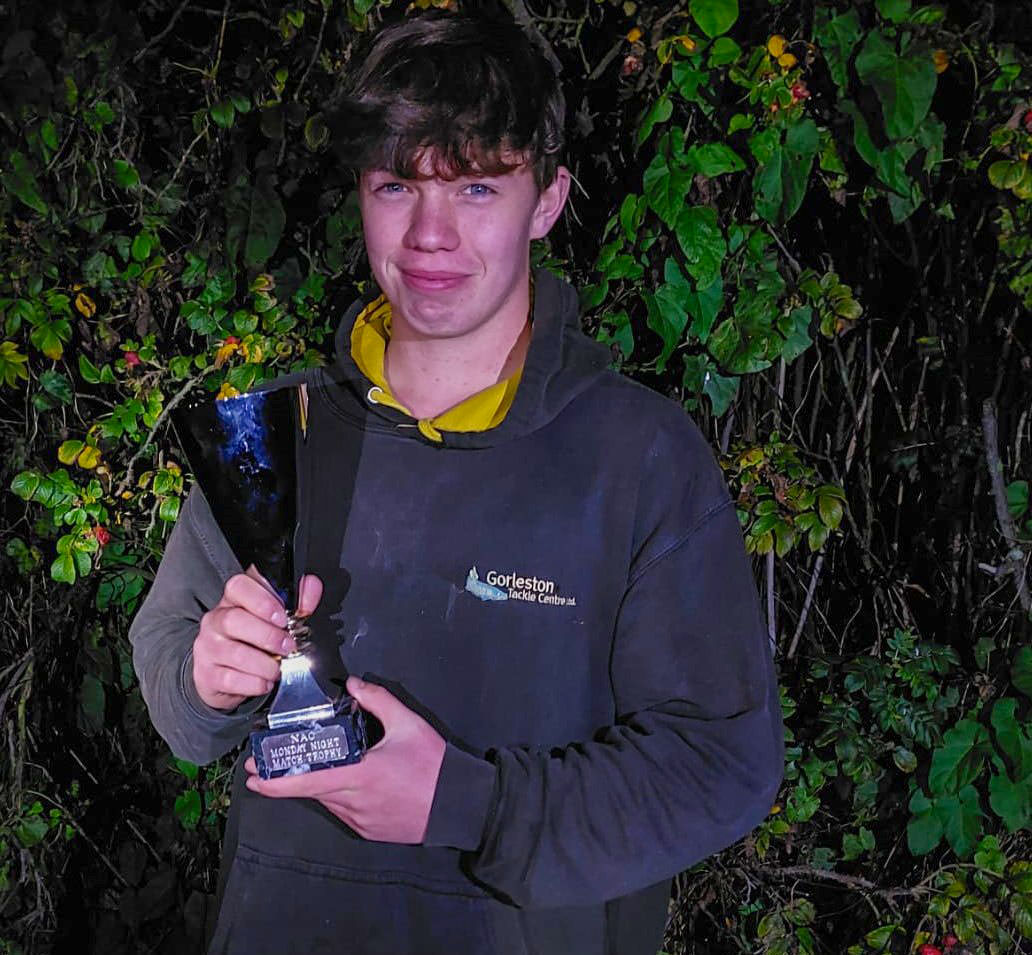 Within the first couple of casts it became obvious that the night was going to be one of those where there was a fish a chuck, but the catches were undersized. Where were those illusive 27cm + whiting? It became a whiting fest with 91of the 97 fish caught being whiting.

The remaining six fish were made up of three dabs, two dogfish and one huge rockling (18cm) falling to the finely tuned skills of John Spalton. The night belonged to Jack Topping picking up number one spot, with Michael Topping just pipping David Sickelmore for 2nd place (only 4 pts split Michael and Dave).

Special mention to Rob Ford for picking up biggest round and flat, and for guiding young Emily into 16th position and scoring. 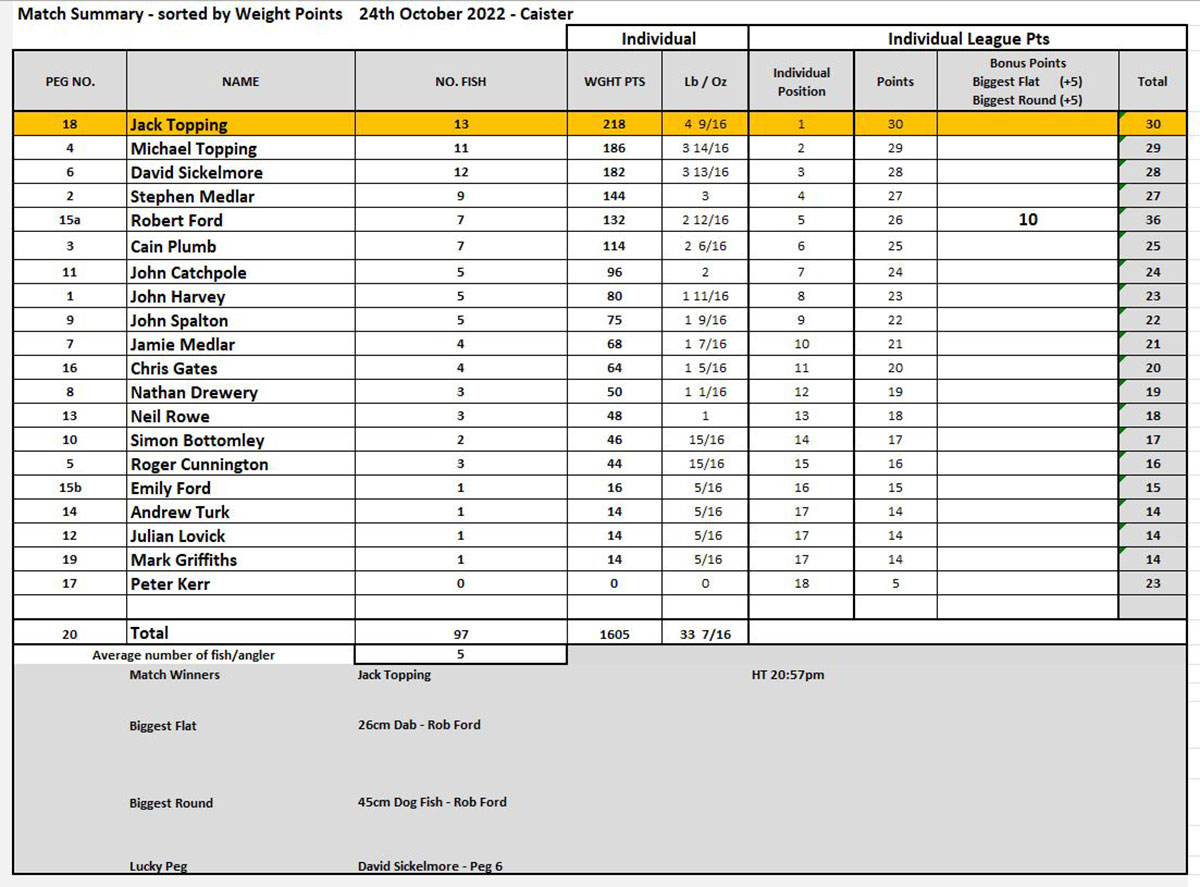 Personal thanks to Neil for running last week’s match, and Dave S for picking up the bait.

For info last week’s average at Cley was 3 (ave. 2 per angler last time we fished Caister)