This venue is a deep shelving beach at high tide with an outfall at one end and a shallow sand bar at the other. This deflects the tide flow on both the flood and the ebb creating a bay and back eddy from the flow. The mid tide section down to low water mark is uneven with a system of sand bars and gullies.

Conditions were mild with light rain at times in a strong South westerly wind which helped casting distances but created a southerly swell that slowed the flood tide run and encouraged weed to appear on the ebb.

The fishing started off slow with a few decent whiting, dabs, and rockling up to high water but as the ebb started and darkness fell the whiting moved in giving some hectic sport in the last two hours of the match.

In third place was Ian Nelson with 403cm of whiting and dabs. Ian unfortunately had a slow start to the match until he tried some old, small blow lug and caught double shots of whiting every cast from then on to finish third with 15 fish. 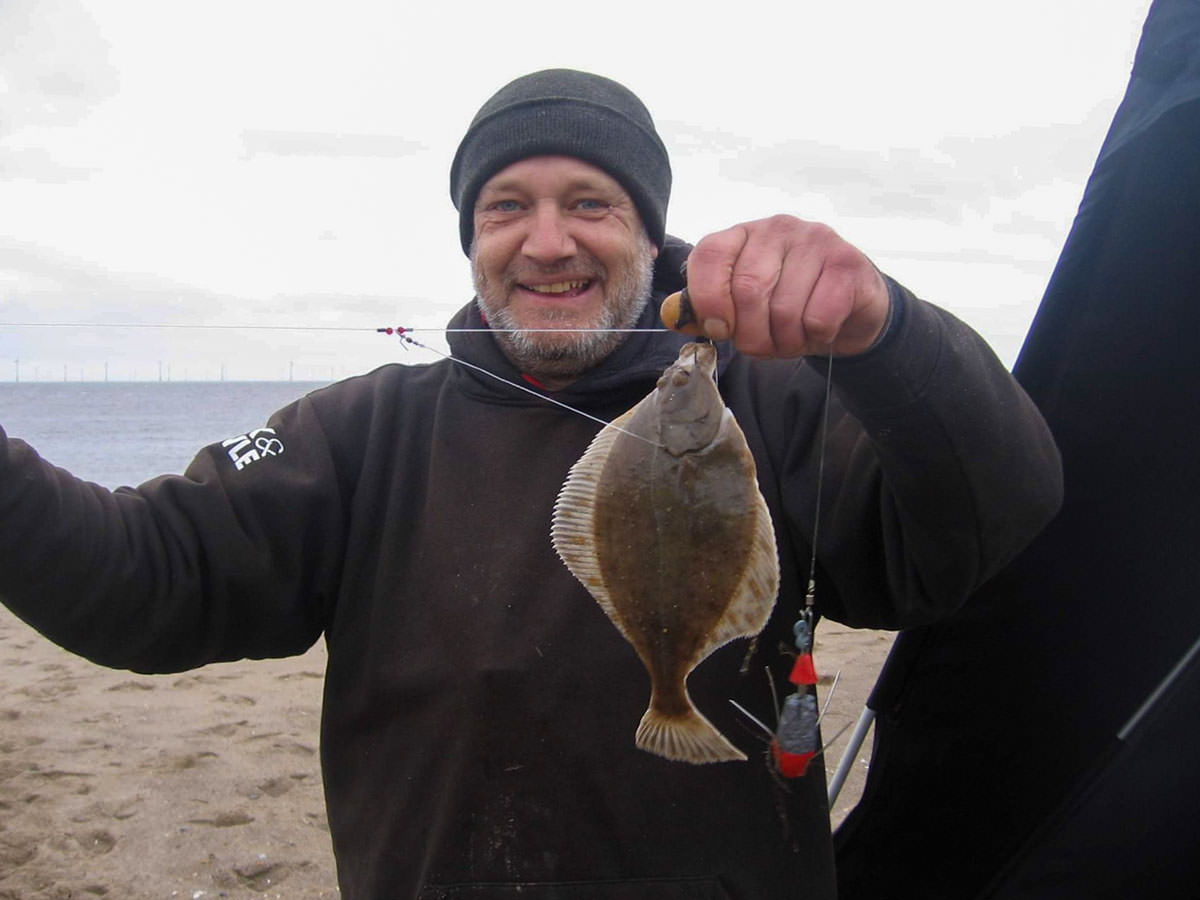 Ian Nelson with a flounder and third place

In second place was Adie Cooper who fished hard right from the start and caught consistently during the slow early part of the match by fishing at long range whist others struggled for bites. He built up a very good catch of whiting and dabs with many double and treble shots of fish, competing with Dave Shorthouse on end peg 10 almost fish for fish right through the match. He finished with 26 whiting and dabs and a total length of 720cm. 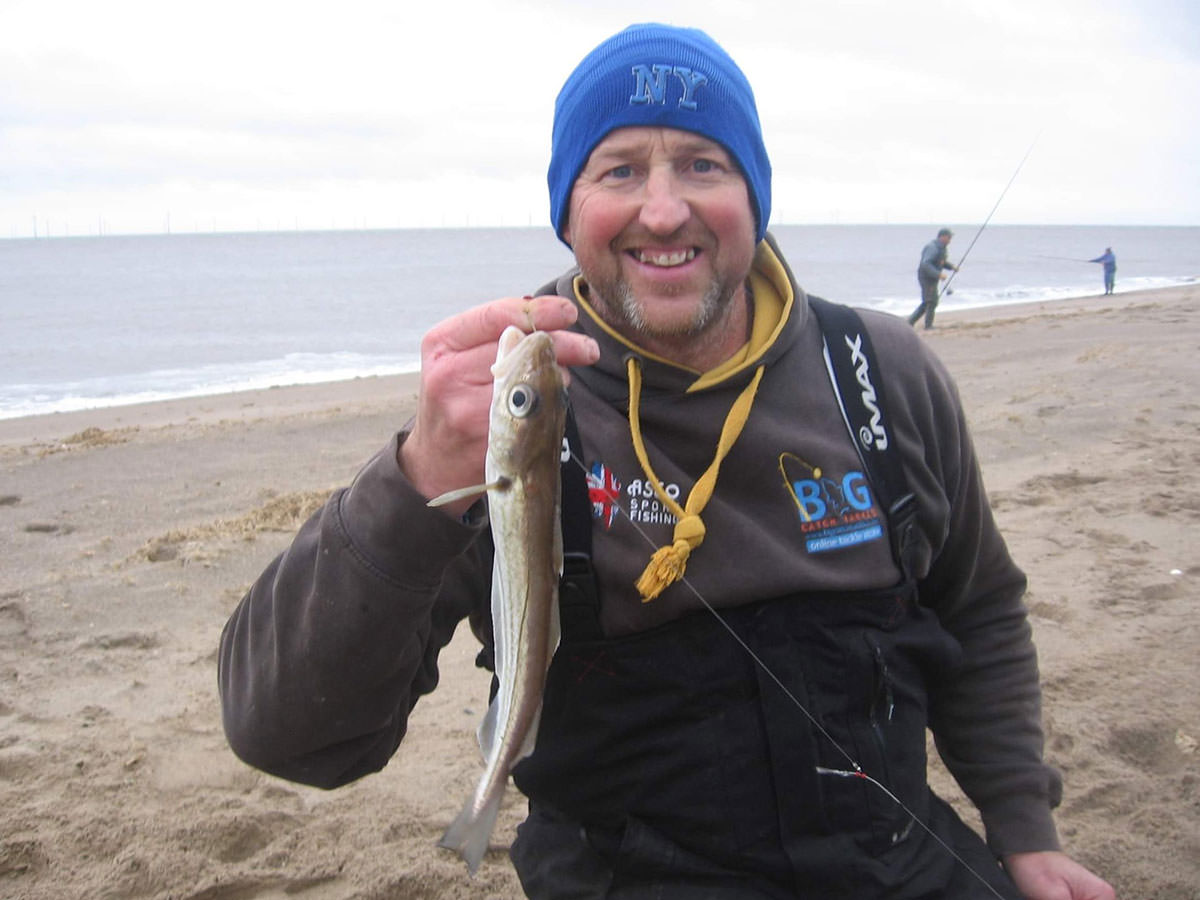 Second place Adie with one of his 26 fish

This was just short of Dave Shorthouse who caught 29 fish and a total length of 855cm to take the winner’s spot. Dave fished the start of the match at long range with frozen lug / lug tipped with fish and like Adie built a lead on during the slower start of the match, however as the ebb started and the whiting moved in closer, he dropped his casting distance down to follow the whiting in, this reduced time lost through reeling long casts and picking off less weed therefore fishing more efficiently and landing fish faster. Dave also won the longest round fish prize with a 40cm whiting. 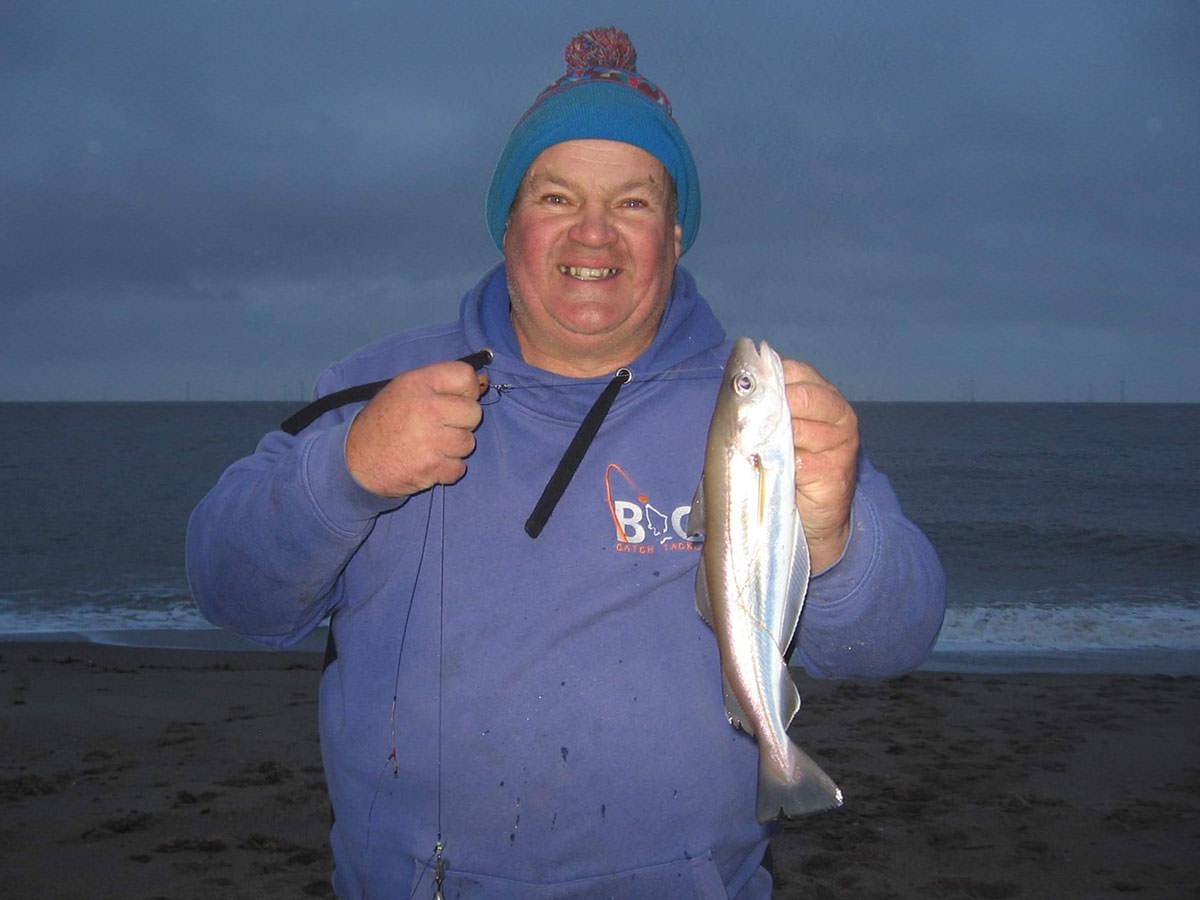 One of 29 whiting for Dave and longest fish at 40cm.

Russ Parsons and Karl Nangle caught 14 and 13 whiting each to follow the leaders with Karl landing the longest flatfish prize with a 27cm Flounder. The rest of the anglers managed between 6 to 8 fish each with no blanks recorded. Best baits were frozen/ fresh lug tipped with sandeel, bluey or mackerel.

The next match is in two weeks’ time on Sunday 20th November at North Shore Road and we look forward to seeing you all there.