Skegness Pier Angling Club held match 11 of the 2022 League on Saturday 13th August, fishing for the Mrs Wheatcroft Cup at boat compound at Skegness. The match was fished for most of the flood from 4pm till 9pm, with high water at 8:30. The large 6.9m tide produced a fair bit of weed to start with hampering any long range attempts for a hound around low water. The species expected were bass, eels, flounders, smoothhounds and weavers. However, the latter two did not appear and anyone using crab baits alone blanked. It was down to those fishing black lug or yellowtails who took top three places on a rock hard and crowded venue.

Winner of the match was Ian Nelson who had a great start with a flurry fish as the tide stated to push in just after low. Bites slowed progressively towards high water, but Ian was still getting bites and by half time had put together a total length of 204cm of bass, eels, and flounders to be well out in front. Ian was using lug, tipped with squid on a three hook clipped down rig, casting medium to long range. 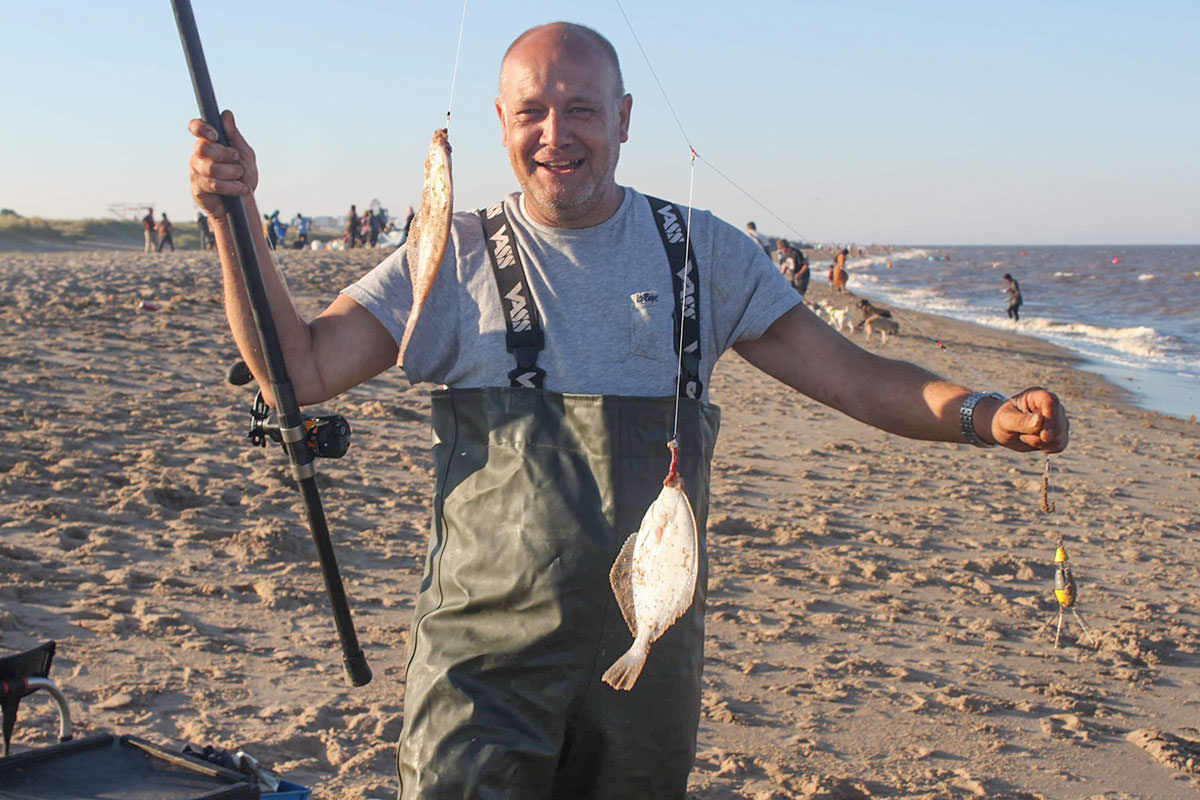 Dave Shorthouse fishing on the next peg came in second with three eels and a flounder for 175cm. Dave also fished lug which he had pumped during the match but in a totally different way to Ian, using a plain lead and long flapper rig at point blank range in the gutter around 10 -15 yards out. Two of his eels were caught as a double shot for a length of 97cm. One eel also gave him longest round fish at 61cm. 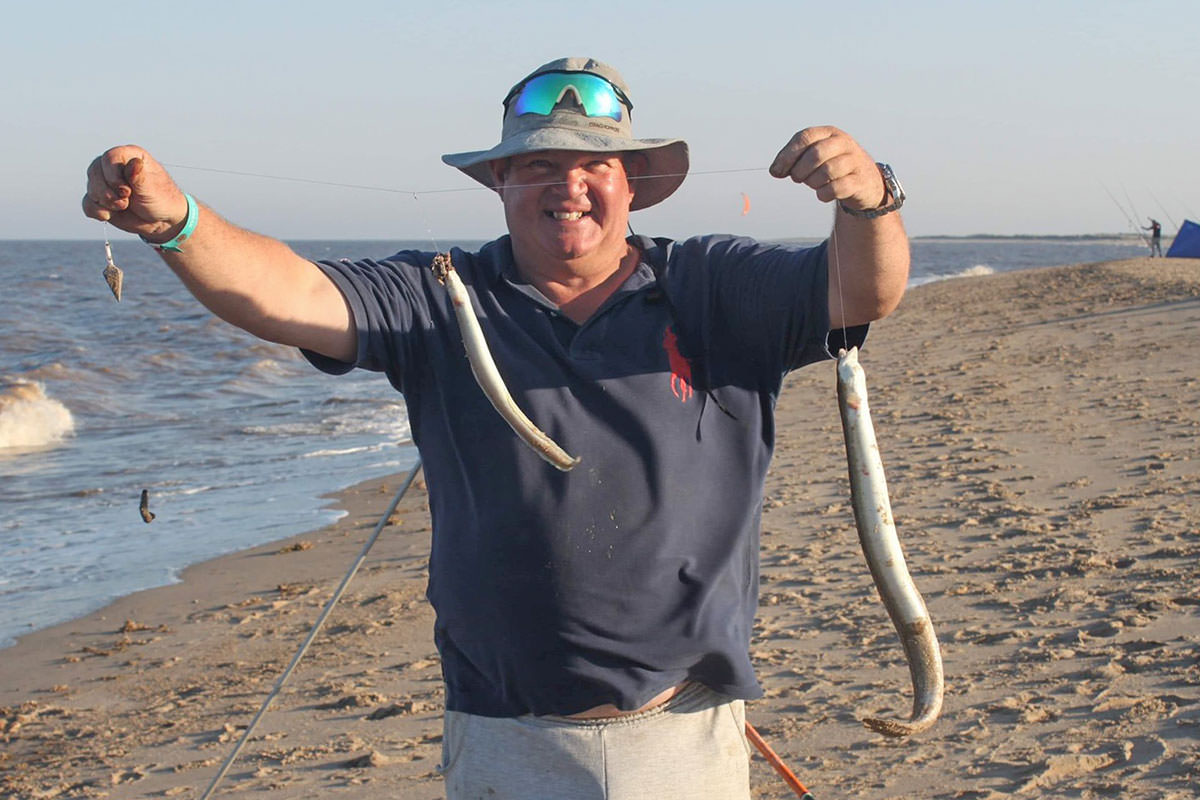 Dave Shorthouse with a double shot of eels in second place

In third place was Lee Smith with four flounders and an eel for 139cm on small lug and mackerel tipped baits. He also won longest flatfish with a 30cm flounder. Lee had a slow pull round bite on crab on his last cast, which may have been a match winning hound but unfortunately it dropped the bait. 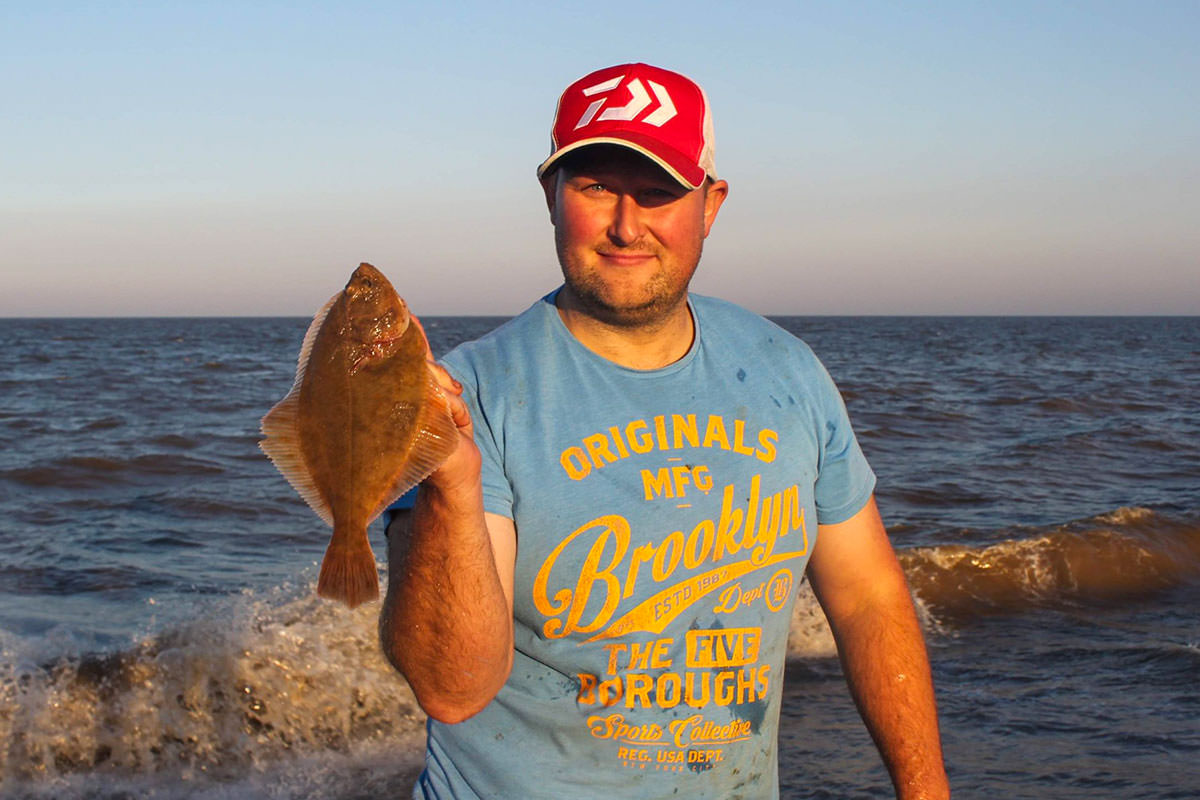 Lee Smith in third place with a flounder

Adie Cooper had an eel on the next peg and that was it for the whole match. The rest of the anglers blanked and considering the high standard of anglers fishing shows just how tough the fishing was. The venue was too busy to fish comfortably and the sheer numbers of bathers in the water at the start of the match made fishing impossible for some anglers at times. 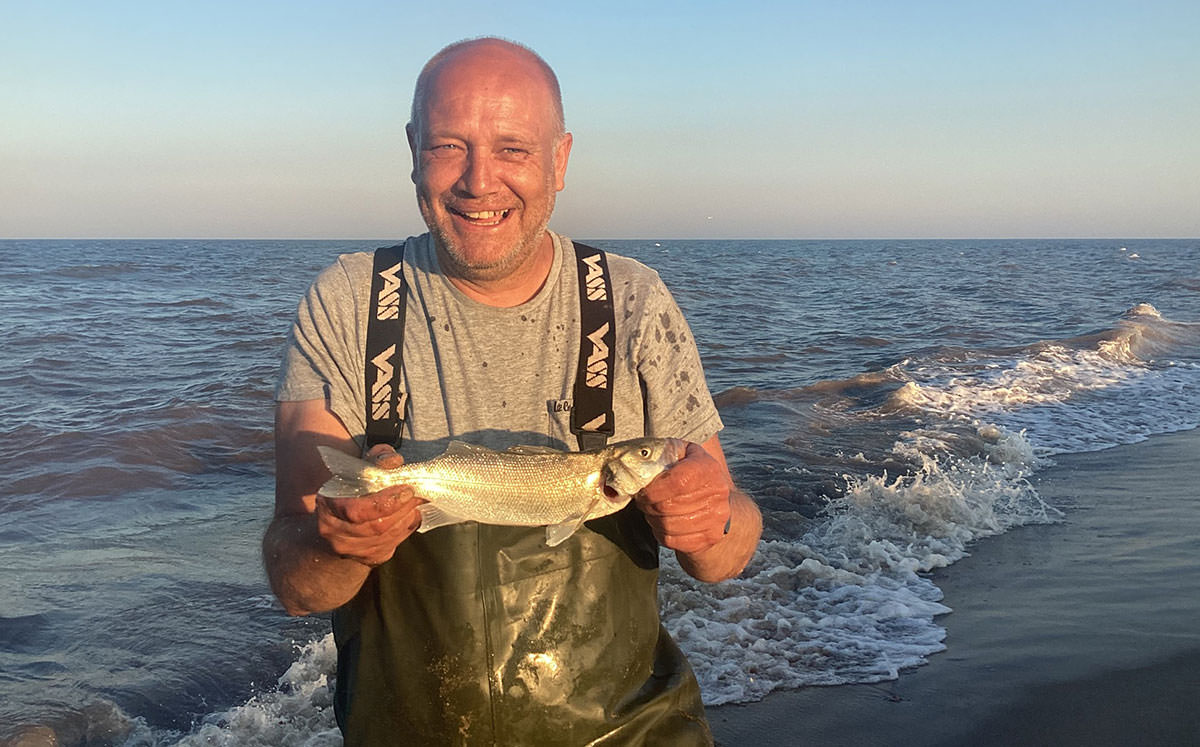 Ian with a schoolie bass

The next match is in two weeks’ time and currently planned for Drake Road. Chas will be inspecting the beach to check if it is suitable considering the poor fishing in this match, so the venue may change. Hopefully the fishing improves, and we look forward to seeing you at the next one.