After last week’s match on the sand with the big fish making an appearance, it was a time for the NAC Summer League to return to the shingle of Salthouse. Omens good with John Spalton’s mid- afternoon multimedia weather report, he’d make a good weather presenter for Look East! The expected cooler weather meant that the shingle would not be too crowded with pleasure anglers as a large field expected.

It was a family affair with Jamie Childerhouse bringing young Joey, “age five not six yet, and soon to be year two”, to the match, and he wanting to fish like his dad and Grandad, great to see him holding his own at age five. Katie brought her brother, so welcome Todd. Plus, Henry and Luke Hills joined to match fish for the first time.

After all the fun of booking in, beanies, hats, tee-shirt sales (great shirts Roger – we all look very professional), bait collecting/paying, and membership fees we were ready for the assault on the shingle. Salthouse is always a peggy venue so would it be tonight? 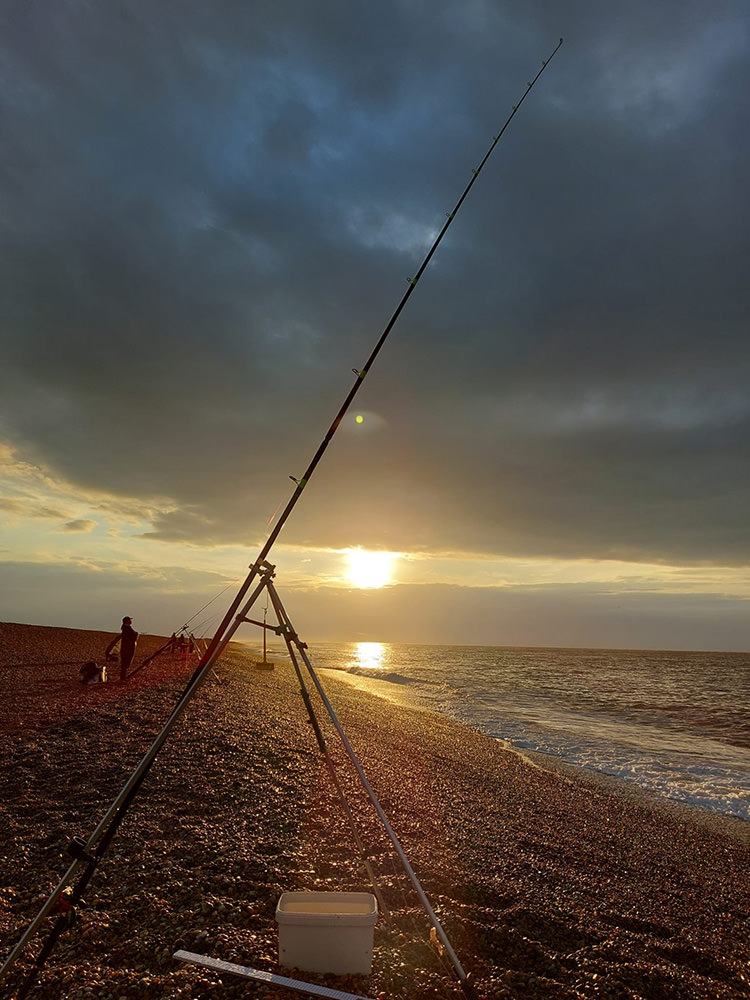 The one pleasure angler on the beach must have felt very intimidated as the group of anglers took up position on the beach each side of the car park path. The flood tide expected to peak at 19:36pm so all expected an interesting start to the match. Depending on your peg it was a very good start for some with early catches making it onto the cards with both long and short casts.

The night proved to be variable and very dependent on where you pegged, but also on your angling skill – see number of fish and weight points per peg. A quick check of young Joey during the match found him still awake and enjoying his fishing. Not a bonanza night for everyone but 36 fish of size caught, and an average of two per angler, not as good as last week.

But some impressive catches. John Harvey helping himself to a spectacular smoothhound of 104cms (612 weight points 12lbs 12/16oz), winning biggest round fish, John clearly in form and has been for the last few weeks. He was closely followed by John Spalton with an 88cm smoothhound (362 weight points 7lb 9/16ozs). 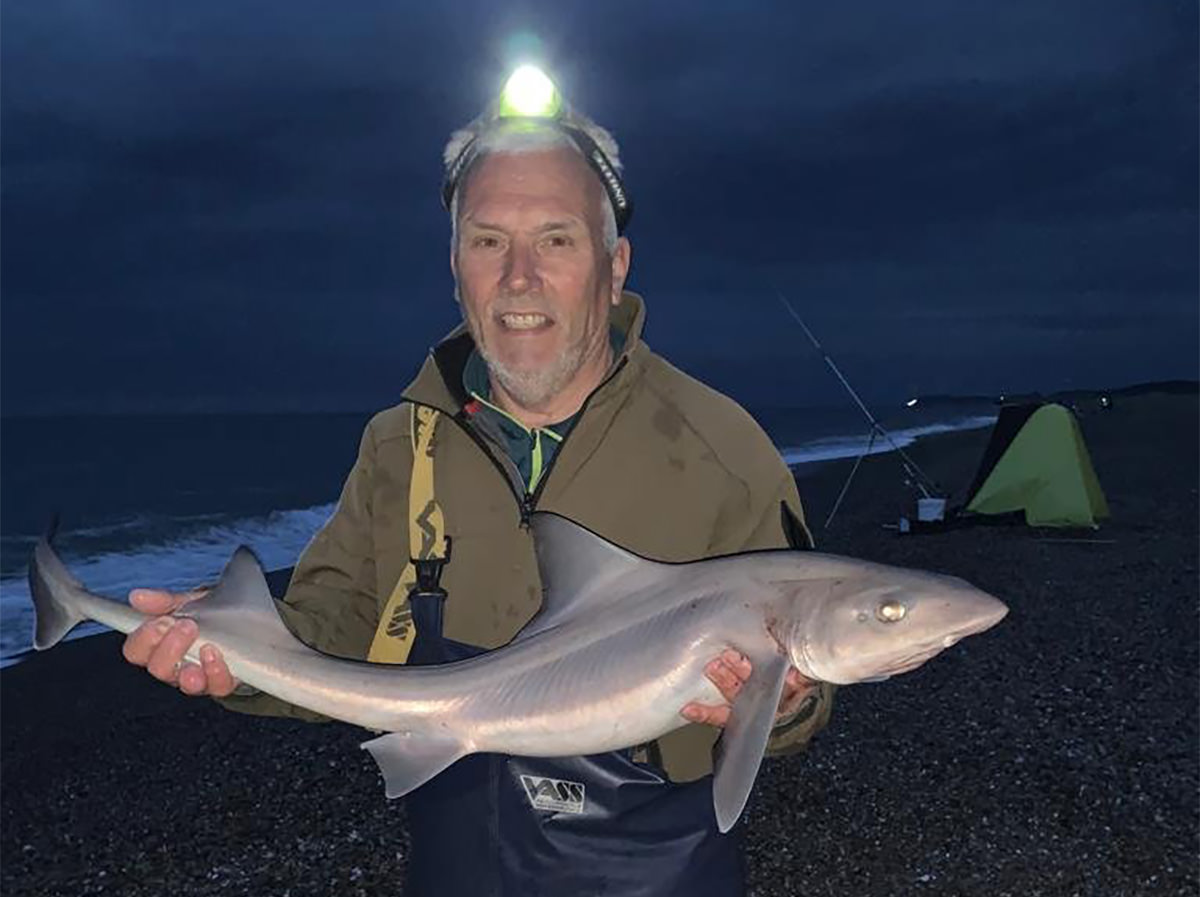 With Nathan Drewery picking up a 79cm Smooth Hound. Whilst Cain Plumb landed only a 68cm smoothhound he also found time to find a 53cm bass and a 32cm flounder winning him biggest flatfish. 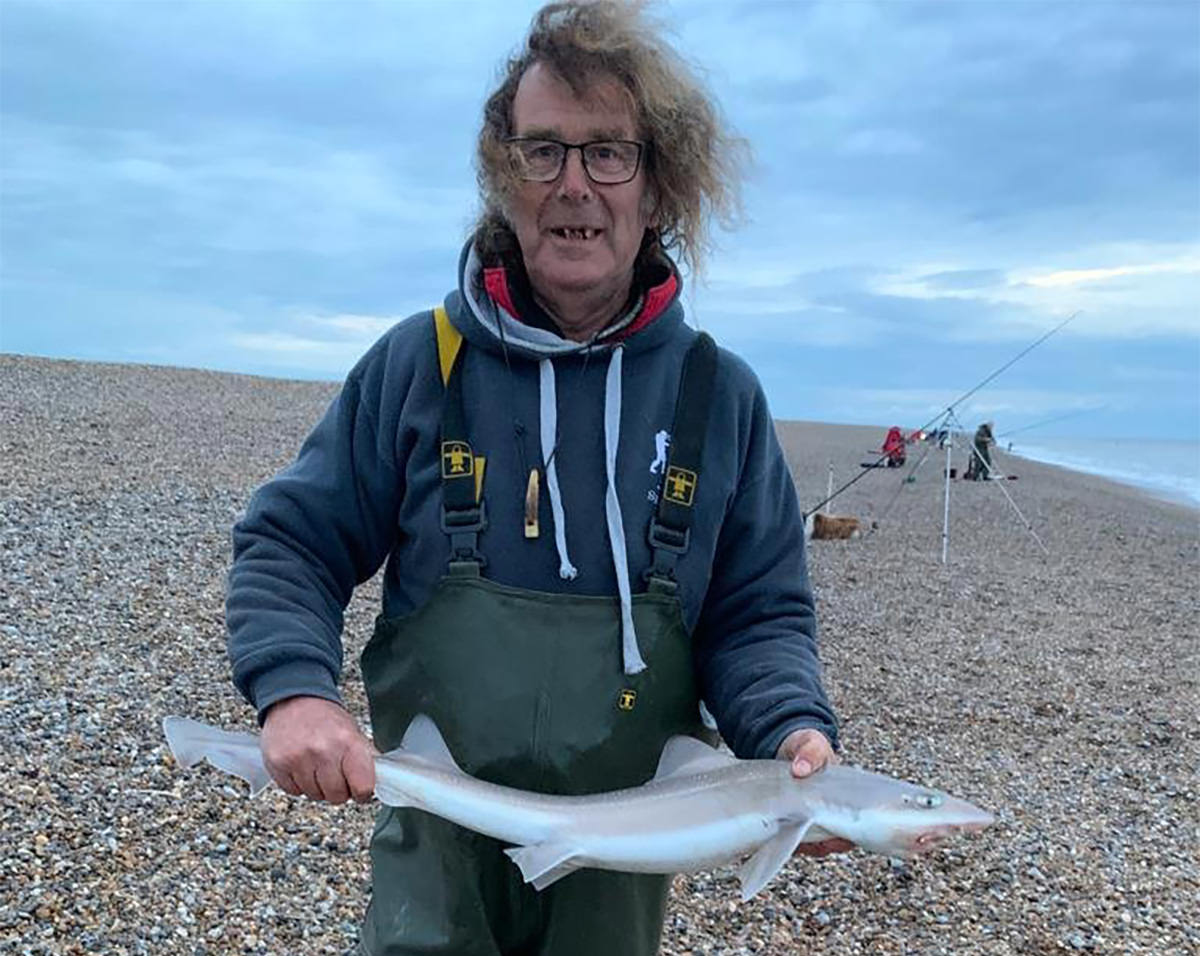 Apologies Michael Craske who nearly picked up biggest flat with a 28cm Flounder, and nearly picked up the biggest flat prize monies, until Mr Plumb referred the initial decision to VAR. A frustrating nights fishing for some, with nine blanks, but there’s always next week as we count down to the end of the season. 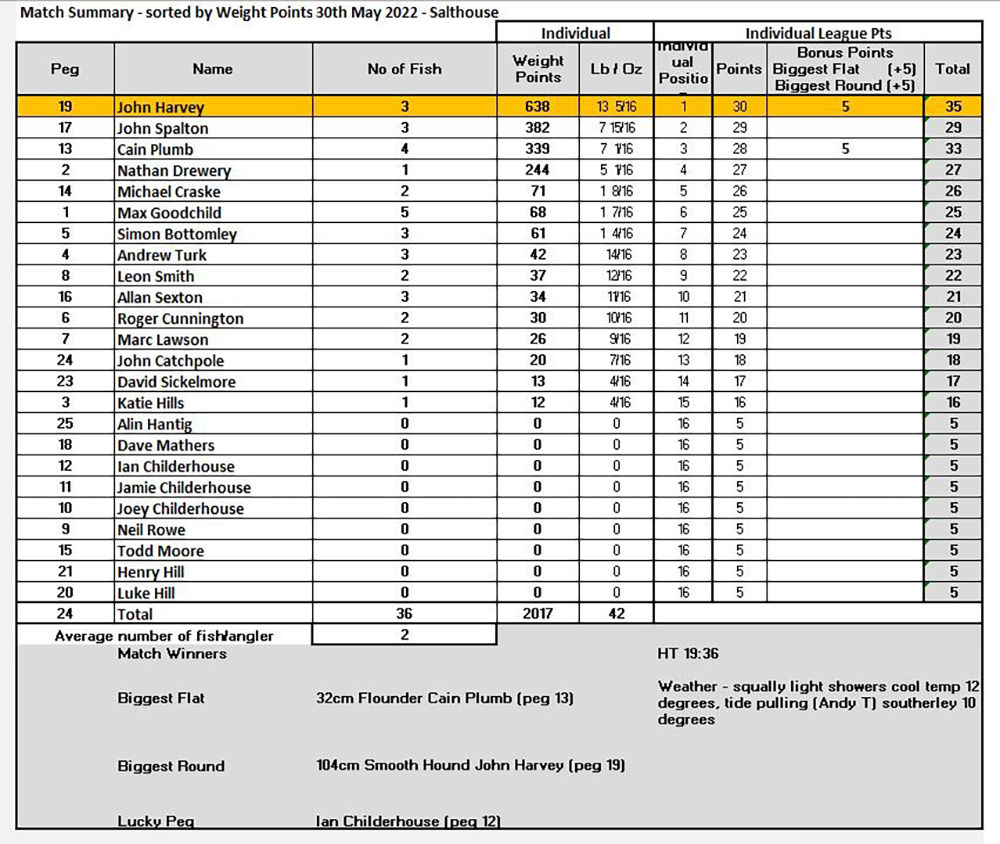 Next week’s match will be back to Bacton with high tide at midnight we will be fishing the early flood.