Fishing Looking Up For Skegness Club

Catches have started to improve in recent Skegness Pier Angling Club (SPAC) matches, with warmer weather encouraging the larger summer species to appear. After a quiet spell by his standards, Dave Burr came good in Match 8 at Chapel Point, winning the Hewison Cup with a whiting and two Lesser Spotted Dogfish (LSD), measuring 151cm in total. Grimsby ace Adie Cooper came in second, with two dabs, a small whiting and a small LSD for 125cm. Junior member Dylan Morgan continued his good run of form, catching a decent LSD, a whiting and a tiny cod, taking third place with 102cm. He also won the longest round fish prize with his LSD, which hit the measure at 63cm (2lb 1¼oz). Grimsby’s Paul Denholm won the longest flatfish prize with a 33cm (1lb) flounder. 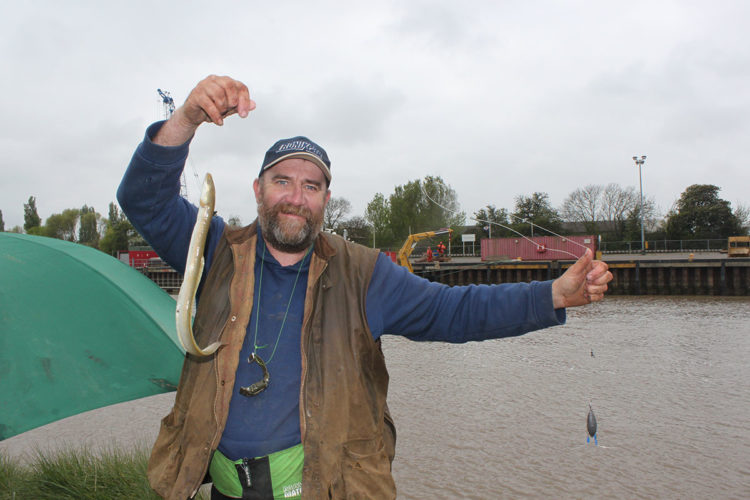 There was a very close result in Match 9, held on the south bank of the tidal River Nene at Sutton Bridge, with Corby’s Paul Marshall winning the away match for an amazing eighth time on the trot. Catches were relatively poor, with eight flounders and a silver eel for 217cm being just enough for him to win the Frank Parkins Shield. He also won the longest flatfish prize with a specimen 37cm (1lb 4oz) flounder. Just 2cm behind Paul in second place came Wrangle’s Alan Steadman, who also caught eight flounders and a silver eel for 215cm. Skegness local Russ Taylor framed in third place, catching four flounders and a silver eel for 127cm. There were no qualifying round fish caught, so Dave Burr won the longest round fish prize by default, with a 34cm (1lb 1oz) flounder.

It was back on the beach for Match 10, held in front of Lakeside Leisure at Trunch Lane. The match was the annual Species Hunt, with the format being 10 points for each different species caught, then 1 point for each further fish of the same species. Adie Cooper was once again in scintillating form, with his first four fish each being of different species! He ended up with three LSD, two whiting, three dabs, a flounder and two small smoothounds, to run out easy winner with 56 points. Some way behind in second place came Alan Steadman, with two whiting, five dabs and a flounder for 35points. Top Grimsby angler Dan Jackson came in third, with two LSD, 2 dabs and a small smoothound for 32 points. He also won the longest round fish prize with a 64cm (2lb 3¼oz) LSD. Junior angler Dylan Morgan was once again amongst the winners, taking the longest flatfish prize with a 34cm (1lb 1oz) flounder. 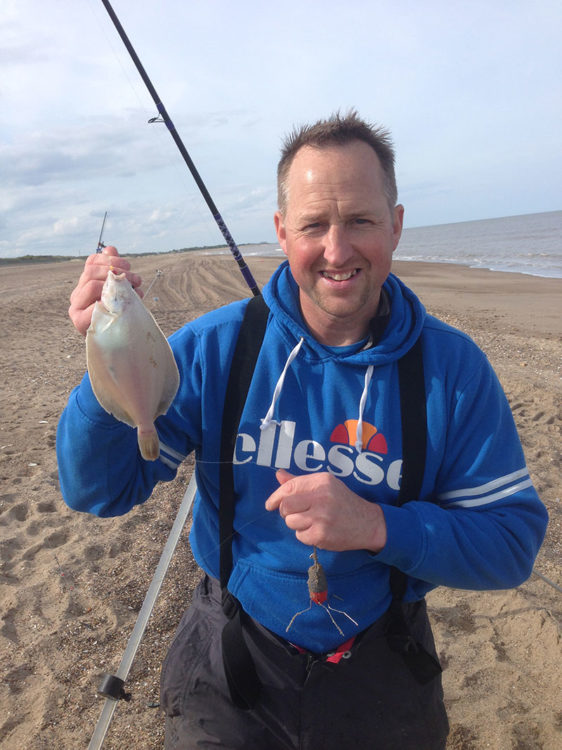 Match 10 – Match winner Adie Cooper with one of his dabs

There is a change of venue for the next SPAC match, which will be held on Sunday 4th June from 11:30am till 3:30pm at Moggs Eye, with Club members fishing for the
Dodsworth Cup. The match has been moved from Chapel Six Marsh, to avoid clashing with another match on the same day. There is also an open section, which non-members are welcome to participate in. For further information please contact SPAC Secretary Chas Tibble on 07984 967988 or chastibble@hotmail.com