The warm, sultry weather continues this week which provide conducive conditions for stingray fishing. They move into our shallow waters on the evening flood tides and we are now into that early summer time when the stingray are feeding.

Ben Critchley headed for St Osyth beach to fish for the big rays. He fished the Nature Reserve boundary and landed a stingray estimated between 45 and 50lbs on a squid bait. He also landed some double figure thornback ray on the same trip. Ben is no stranger to catching these rays as he landed one from his boat two years ago weighing in at a hefty 60lbs. A few days later he was back on the same beach and landed another heavyweight stingray weighing in at 30lbs which was also caught on squid. 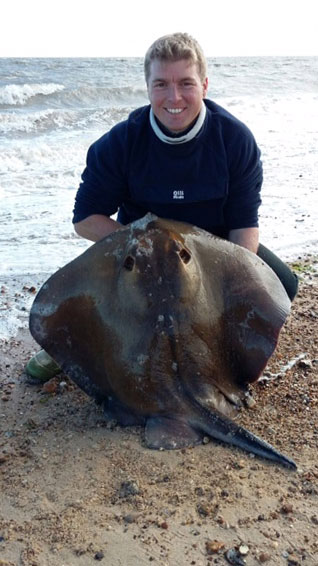 St Osyth beach can always turn out some big fish including bass and will continue now for the rest of the summer. Be prepared to struggle with weed on the ebb tides as it can be a problem along with crabs attacking your baits very quickly, but the benefits of a chance of a big fish outweigh all the obstacles.

Clacton Pier has seen an upturn in thornback ray again plus dogfish, some bass and an unusual catch of a couple of turbot this week.

The Holland beaches have seen an increase of soles being caught after dark plus dogfish, bass and the odd thornback ray.

Along the Frinton beaches bass, soles and few thornback ray are showing especially after dark! 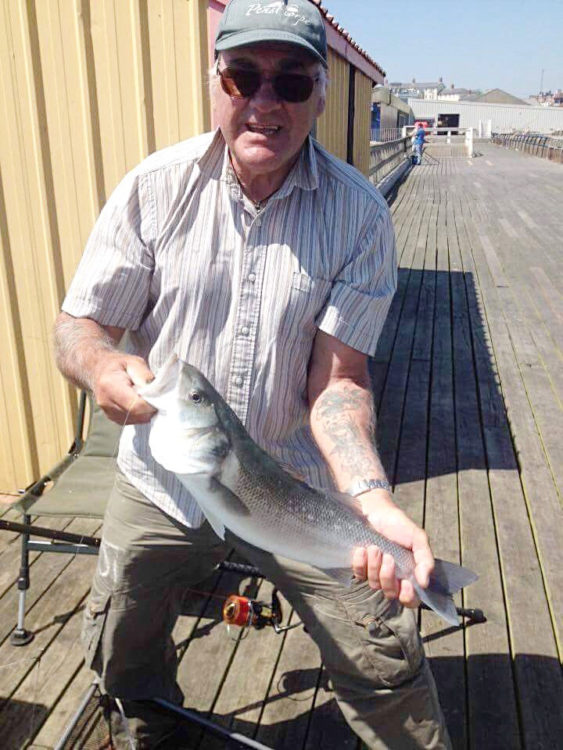 Walton Pier in general has had a great week with thornback rays being caught from the top of the pier with the heaviest weighing in at 9lb 10oz for Paul Packman from Colchester.

Keith Baker fished the bottom of the pier and caught bass to almost 5lbs on squid baits. The summer garfish are now showing well as well as wrasse from the lifeboat area.

The boats have had a very reasonable week with smooth-hounds now very well established and hounds to 15lbs have been caught. Local boat angler Jeremy Taylor took his boat out to the North-East Middles; he found a very strong tide running but did manage to land bass to 5lbs. He then moved to the Barrows and had some great sport with smooth-hounds.

Martin Smyth launched from the Clacton Boat Club ramp and also reported bass to 5lbs plus thornbacks into double figures. Alan Tipple and Sandie Davis took their kayaks to Wrabness to fish the River Stour. They landed an amazing haul of 55 bass between them in a three hour session, most of the bass were small, but still great sport on light tackle.

Just a footnote all bass must be returned until 1st July and then only one bass may be kept per session.

Colchester Sea Angling Club headed for Suffolk to fish the Shingle Street beaches for their monthly league match. They were met with wall to wall sunshine and a cool breeze. The fishing was somewhat difficult with not all anglers catching fish. The in-form Nik Highfield was once again the winner with a catch of small bass weighing 4lb 8oz. Runner-up Malcolm Wright had 2lb 11oz and third placed Martin Close 2lb 4oz.

The heaviest fish prize was shared by three anglers all catching a bass of 9.5oz.

The high tides for the weekend are Saturday 7.36am and Sunday 8.45am.

Fishing Looking Up For Skegness Club