The latest Skegness Pier Angling Club (SPAC) match was held yesterday evening from 3:30 till 7:30pm at Marsh Yard (Moggs Eye) off the coast road north of Anderby. Despite previous concerns, the coast road had reopened and when we arrived at the car park, the parking info boards had been taken down. So everyone parked for free and did not have to use the stupid mobile phone parking app. Whether this is a permanent arrangement due to problems with the app, or the board has just been temporarily removed for the winter remains to be seen.

There was a poor turnout of just nine anglers for the match and Adie Cooper soon had the pegs out, with peg 1 to the left of the beach access from the main car park and the other pegs spread out to the south. Conditions were just about perfect, with a bit of movement on the nicely coloured sea and a light south westerly wind to help with the casting. From the off, big casters Adie and Dave Shorthouse both chucked three hook clipped rigs to the horizon, whilst the other mere mortals plopped their rigs closer inshore according to their ability. 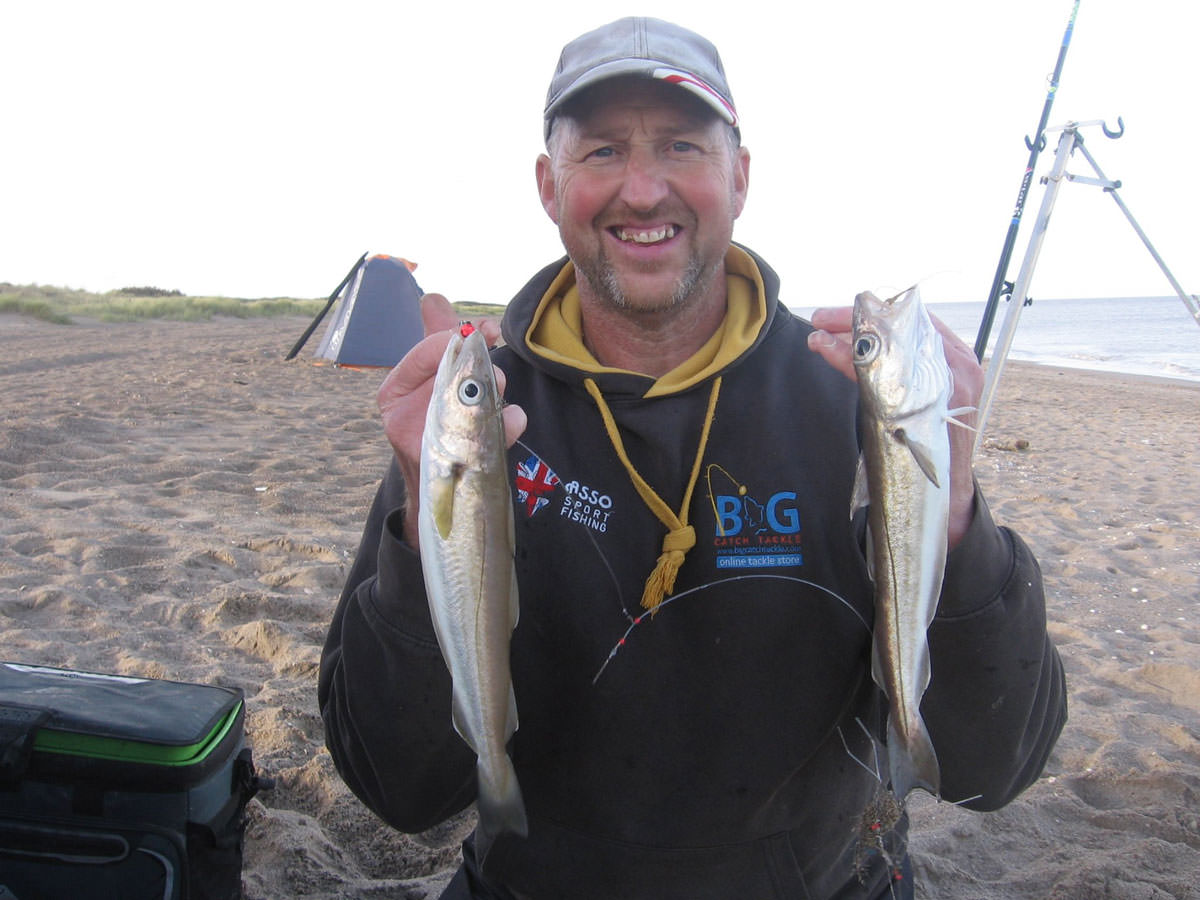 It wasn’t long before Adie’s rod tip was knocking and ten minutes from the start, he wound in a triple shot of whiting for 87cm. Next cast he pulled in a double shot of 31cm “peas in a pod” whiting and from then on, everyone else was playing catch up.

Soon the silver whiting were coming in all along the match stretch, but mostly singles and some pins amongst them. Both Ian Nelson and his dad Gordon were struggling at the start, until Ian brought in a nice 60cm LSD, which became the front runner for the longest round fish prize. Then later on, Gordon also caught a 50cm LSD at close range and these turned out to be the only dogfish caught. Dave Shorthouse was catching a few whiting, but then changed his rigs to ones with longer hook lengths to see if he could improve his catch rate. 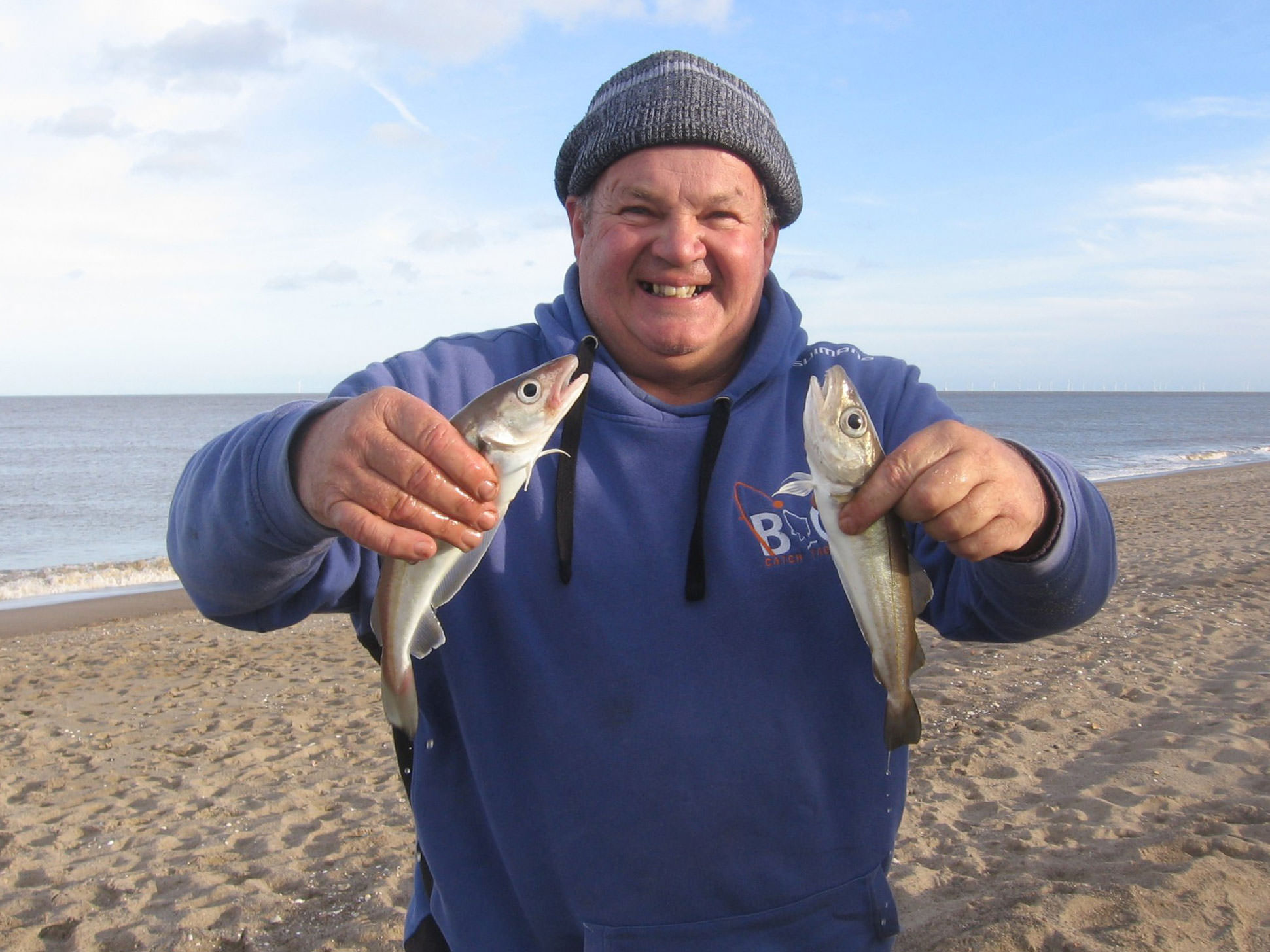 But there was no stopping the hound magnet, who caught whiting consistently throughout the match, to end up with thirty fish measuring 819cm in total. So Adie adds the Dutton Cup to his prodigious amount of silver ware for the season and increased his lead at the top of the SPAC aggregate points table. Ten fish down on Adie and nearly three metres behind came Dave Shorthouse, with twenty fish for 573cm. Ian Nelson had a good run of whiting later in the match to take third place with thirteen fish for 405cm, also winning the longest round fish prize for his 60cm LSD. Mark Lawson fished next door to Adie and ended up twenty four fish behind him but managed to win the longest flatfish prize with a 26cm dab. 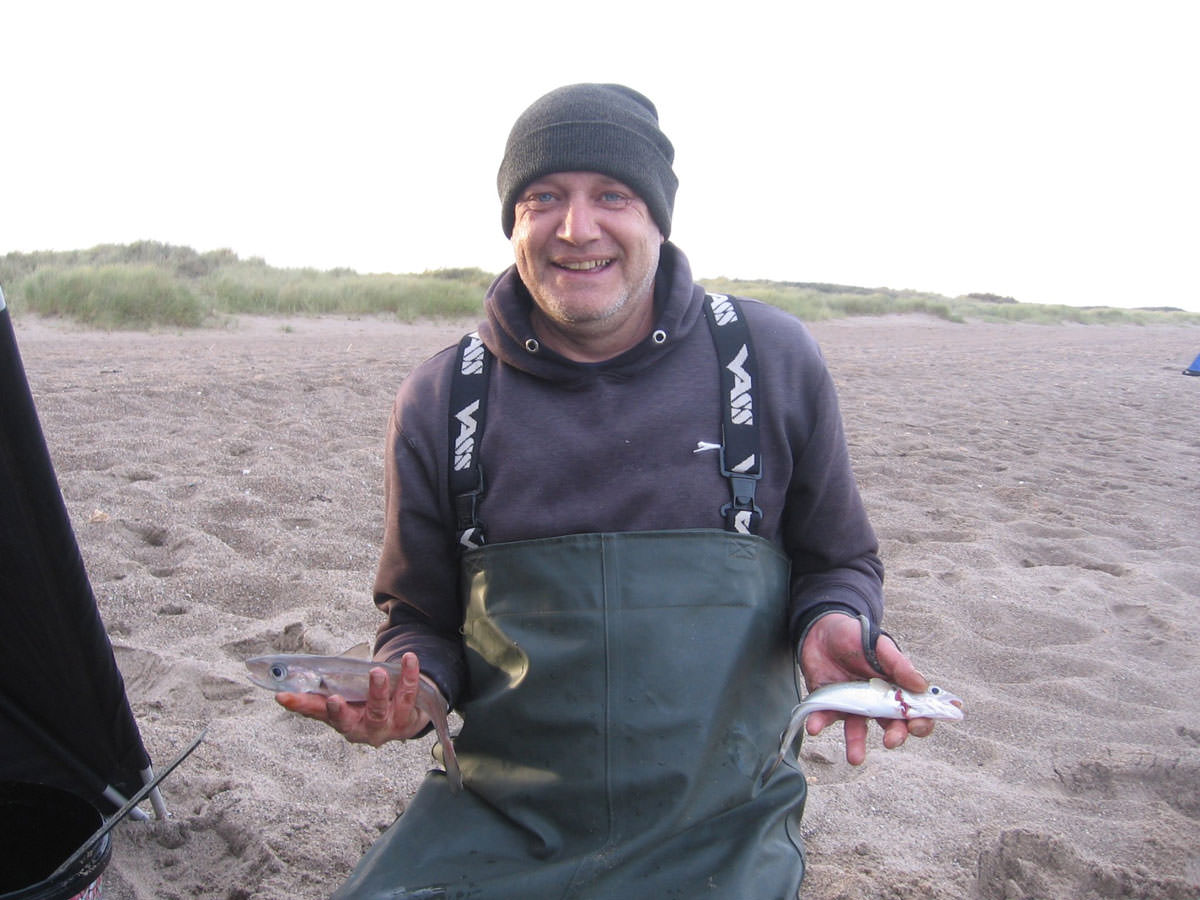 Third place for Ian Nelson this time and another whiting double

A much better match this one and if the whiting shoals had been feeding closer in, the result may have been a bit closer for some. In total there were 112 fish caught, consisting of 107 whiting, just three dabs and a couple of LSD. The Aggregate League standings will follow early next week, and the next match will also be publicised shortly. 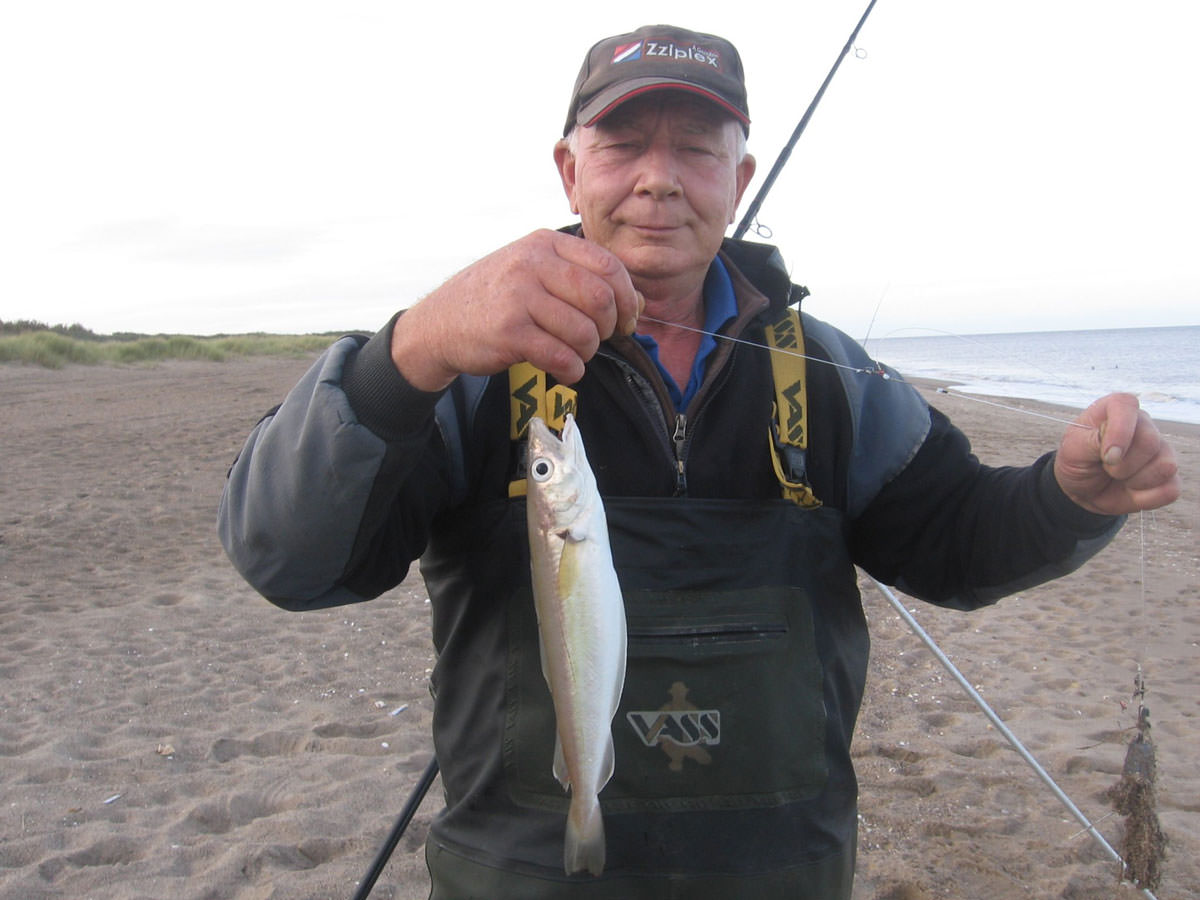 To give everyone a heads-up though, Match 18 will take place on Saturday 5th November from 2 till 6pm from the beach in front of Uncle Barry’s Café, just north of Mastin’s Corner, Butlins, with SPAC members fishing for Aggregate Points and the Beachcomber Trophy. Hopefully fishing into darkness will see plenty of fish caught and if conditions are ok, there should be lots of whiting about. The match is open to all and we hope to see you there.