The latest Skegness Pier Angling Club (SPAC) match was held this morning from 9am till 1pm on the beach in front of Lakeside Leisure, Trunch Lane. Adie Cooper soon had the pegs out, with peg 1 to the right of the beach access from the main car park and the other pegs spread out to the south. There have been plenty of fish coming out from Trunch recently, but mainly in darkness and conditions weren’t ideal this morning, with bright sunshine and not much colour in the sea.

The match was our annual Species Hunt, with 10pts awarded for each species caught, then 1 point gained for every further fish of the same species. Any points draws at the end of the match would be separated by total length, so it was thinking caps on for the 14 anglers that turned up to fish. 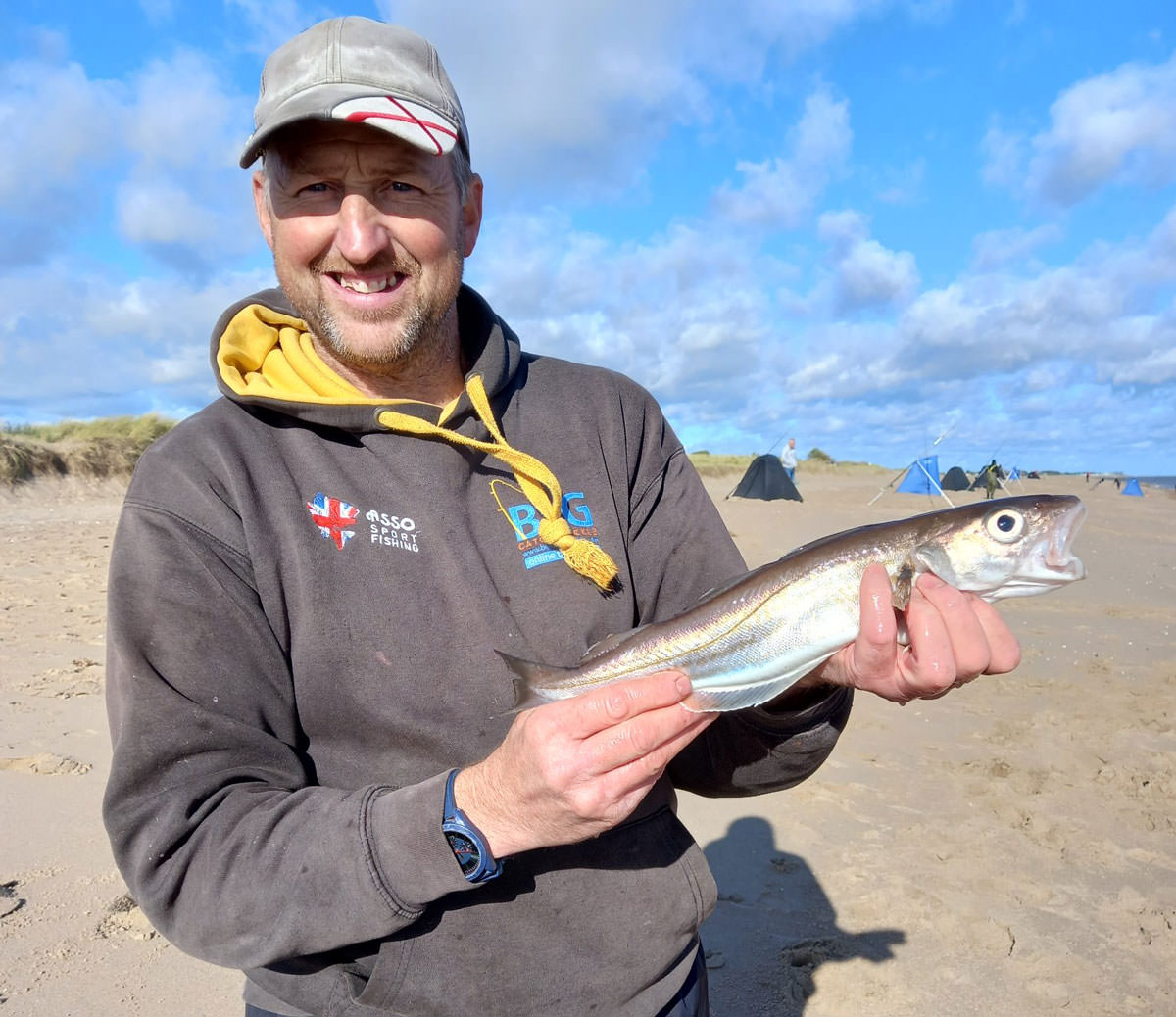 Unfortunately, from the off, it was apparent that the bait robbing crabs were still present, with baits stripped in minutes; so regular casting and the judicious use of crab elastic to delay bait removal was the order of the day. Peak distance appeared to be the preferred tactic to get some fish on the card, with both Lee Smith and hound magnet Adie Cooper casting the proverbial mile and soon catching the odd whiting. But it was obviously going to be a struggle to get more than one species on the cards, with fish at a premium all along the match stretch. 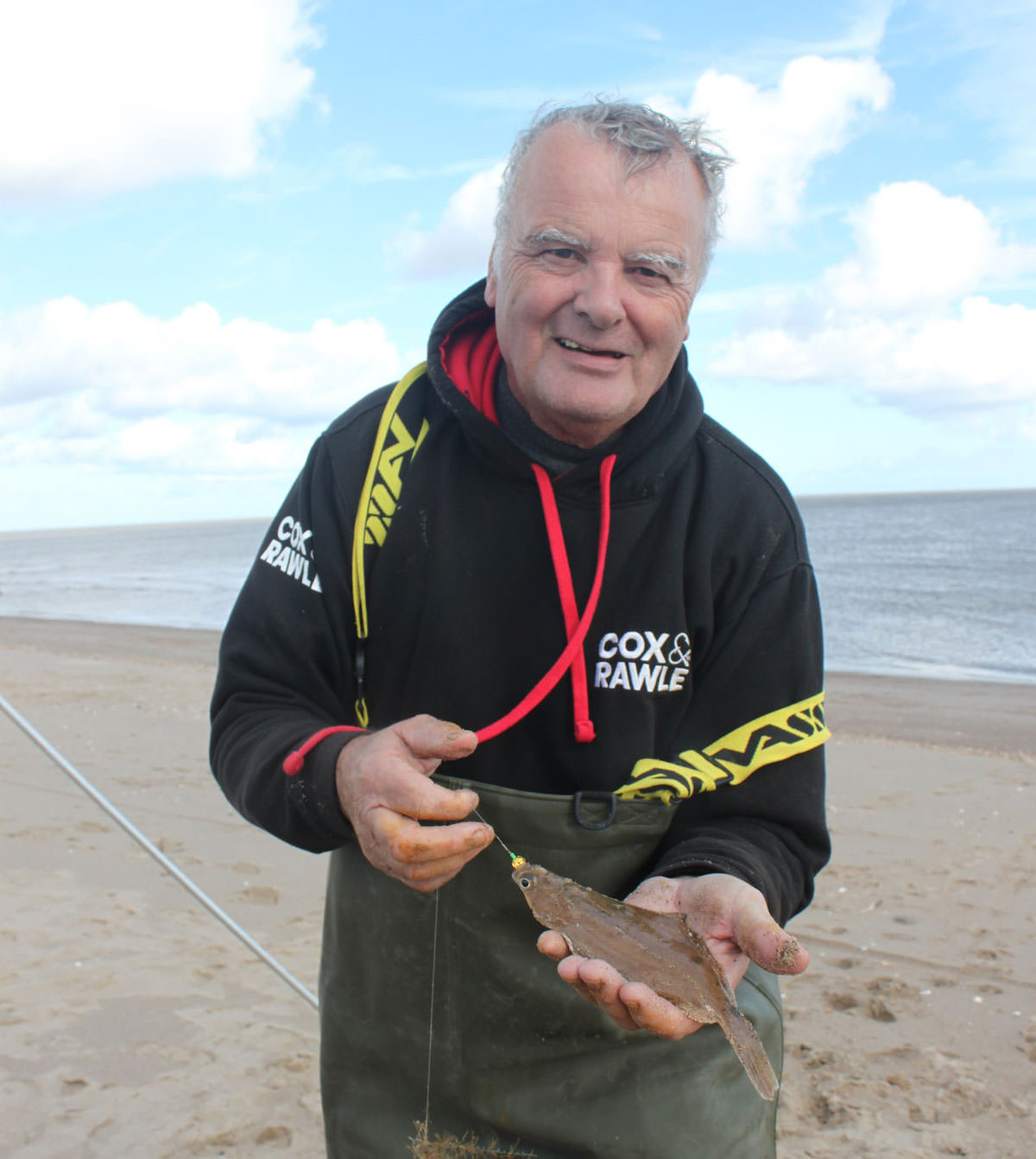 As the match progressed, Grimsby aces Karl Nangle and Tony Burman each managed to add a dab to their whiting catches to gain the vital extra 10 pts for a second species. But despite best efforts, neither Garry Hutson nor Lee Smith could find a flattie! Then Paul Marshall did all the hard work by pulling out a weever followed by a flounder, but just couldn’t catch a whiting or a dab. 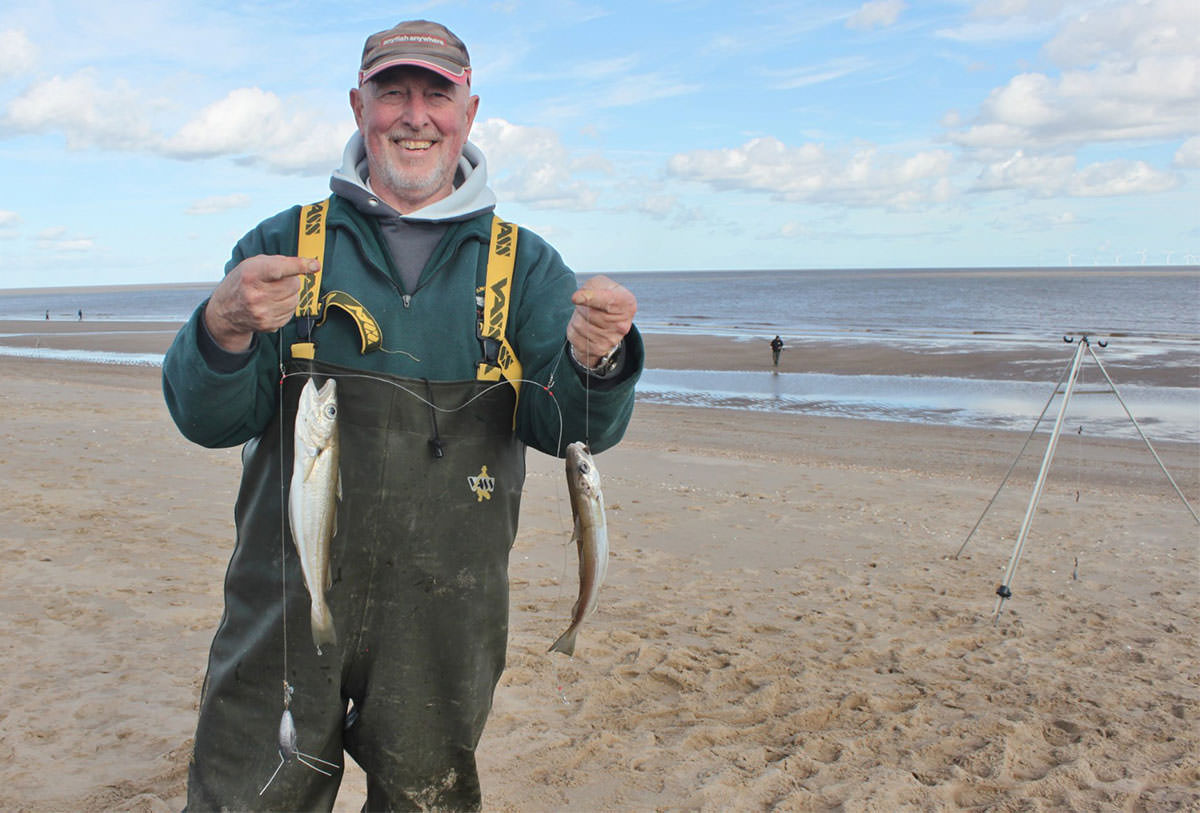 As the match came to a close, with the tide dropping fast, there were eight anglers needing just one more species to win the match. But it was not to be, with even Garry Hutson’s whiting double shot on the final pull in, not being enough to give him a podium place. After the match cards were tallied up, there turned out to be a draw between the top two, with both Karl and Adie ending up with six fish each of two species for 24 points. So, the top dog was decided on total length, with Adie running out winner of the Species Hunt with 167cm, against Karl’s 144cm. Adie was helped along in his cause by a cracker of a 39cm whiting, which also won him the longest round fish prize. Just 1pt behind in third place came Tony Burman, with five fish of two species for 23 points. 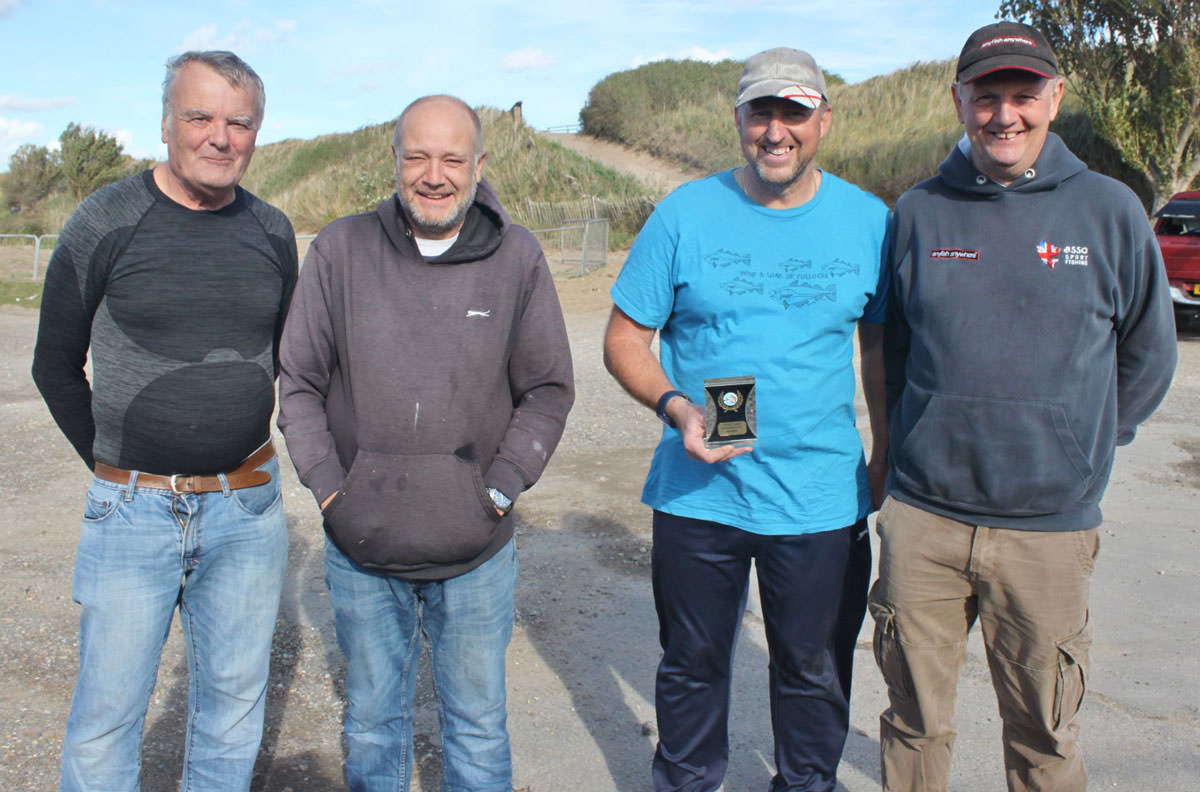 To the winners, the spoils!! From the left, Tony, Ian, Adie and Karl. Top class anglers all – they breed them well in Grimsby!

Ian Nelson only caught two dabs but ended up winning the longest flatfish prize with the bigger of the pair, which hit the measure at 27cm.

So, another pretty poor match, but thank you to those that turned up and well done to all that caught in the tough conditions. In total there were just 46 fish caught, consisting of 31 whiting, 13 dabs, 1 flounder and 1 weever. The Aggregate League standings will follow early next week, and the next match will also be publicised shortly.

As nice a bunch of guys and a gal that you could wish to meet. And the biggest smile prize goes once again to Paul Marshall!!

To give everyone a heads-up though, Match 17 will take place next Saturday 22nd October from 15:30 till 19:30 at Marsh Yard (Moggs Eye) with SPAC members fishing for Aggregate Points and the Dutton Cup. Hopefully fishing into darkness will see plenty more fish caught and if conditions are ok, there should be lots of whiting about. The match is open to all and we hope to see you there.