The latest Skegness Pier Club match was held on Saturday 2nd April at Trunch lane. Sixteen anglers attended to fish for the Healy Cup. I would like to say thank you to everyone who fished in support of the club especially those who travelled from Grimsby, the East Midlands and North Yorkshire to fish.

The match stretch had fished well in the previous weeks but true to form in sea fishing the recent North Easterly blow had chased off the dogfish and rays which were being caught the previous weekend and fears were expressed that the lingering swell and spring tide would make fishing practically impossible. However, apart from the first hour of the match being a weedy horror show, with lines being dragged right along the beach within minutes of casting, the remaining three hours was fishable. 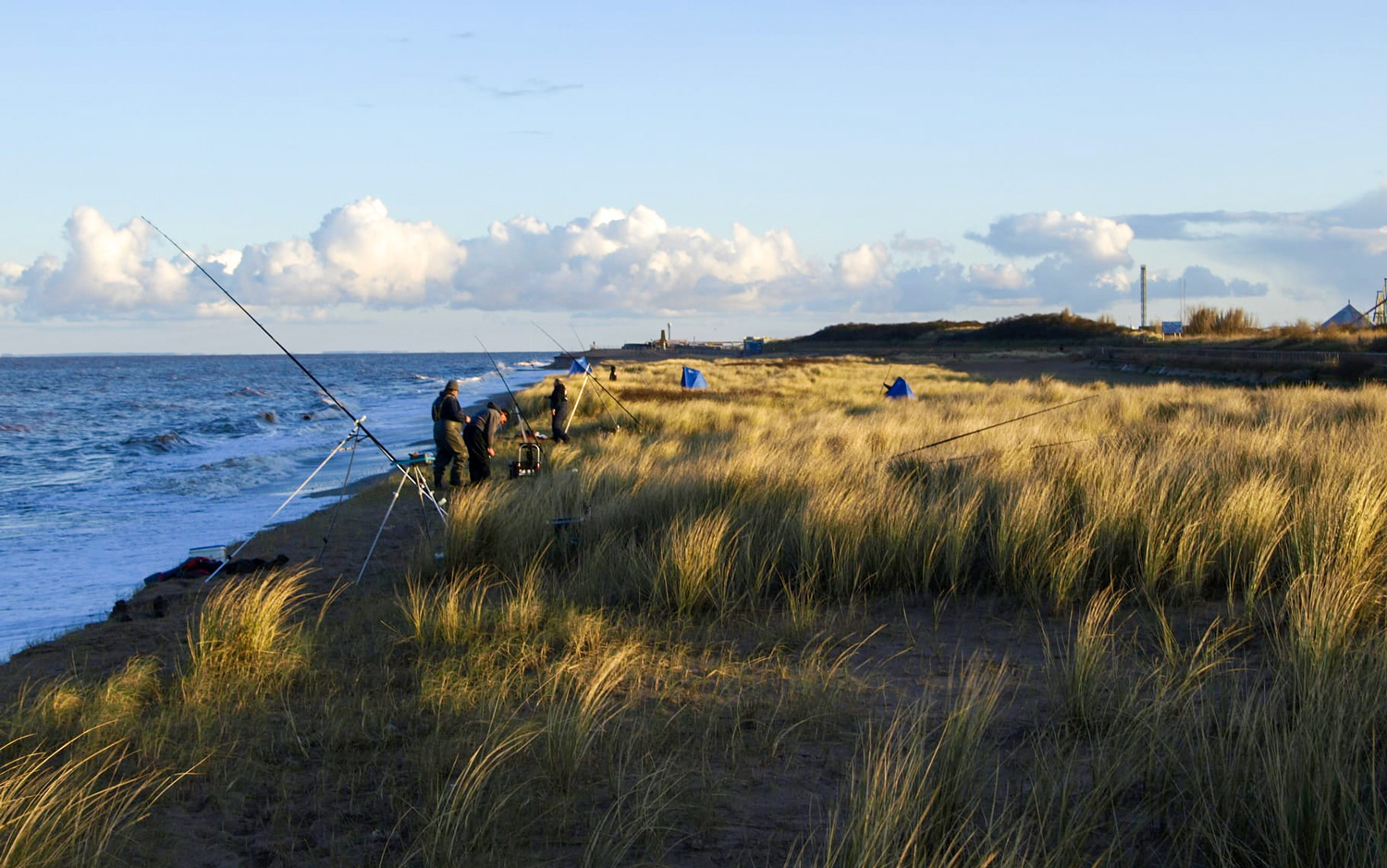 Match stretch fishing off the top

The rough seas had scoured out the high water mark leaving a small cliff of sand six to eight feet high and washed off the sand to form a large sandbank parallel to the beach which you had to clear to find the fish. This bank was flat and shallow at both ends of the match stretch and narrower in front of the central pegs. This meant that anglers drawing the lower pegs 1-5 and last two 15 -16 would struggle to catch in the shallow turbulent water, whilst between pegs 6 to 14 a good cast would put the bait in slightly deeper water and in front of feeding fish. 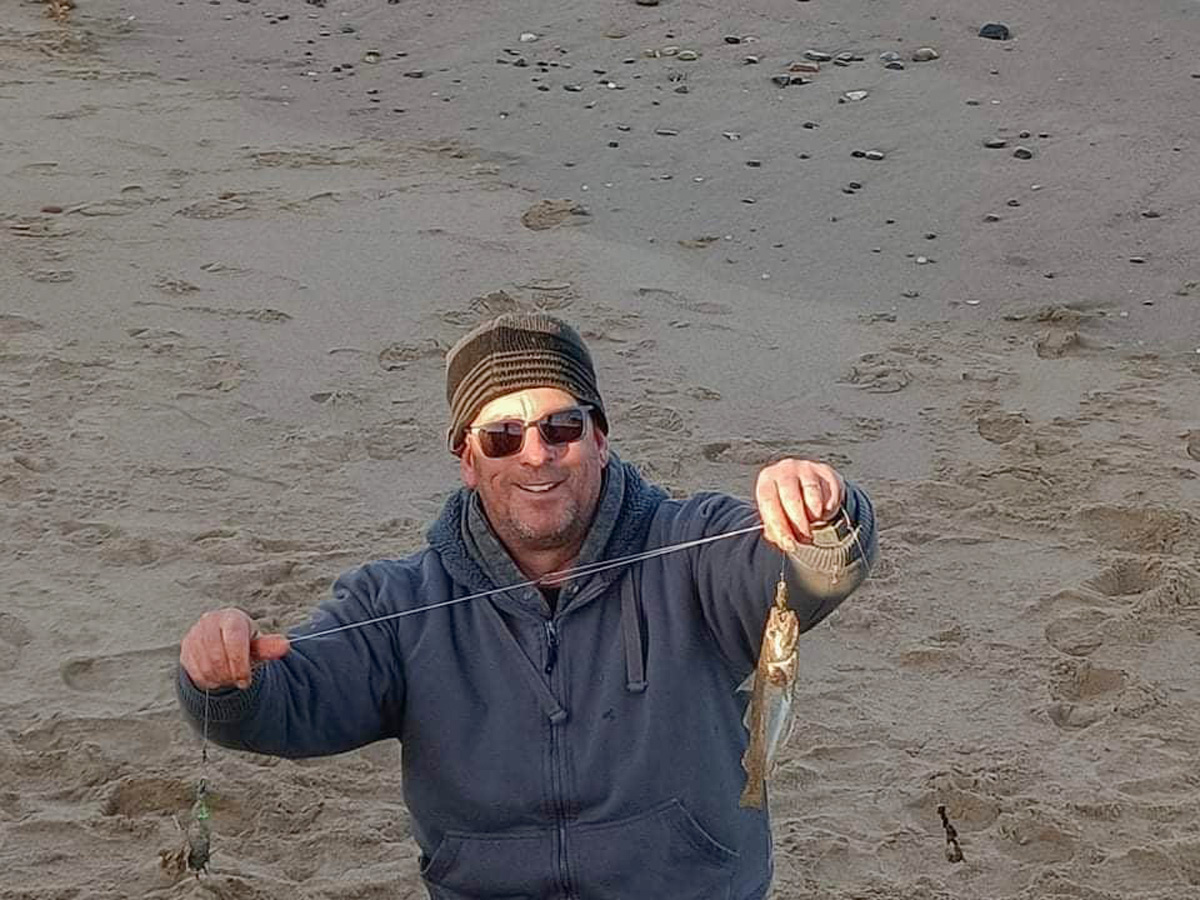 Paul Denholm with a whiting. Picture shows how high the drop is from top of sand dune

Dave had pumped bait in Wales before the match and kindly supplied anyone who wanted it with fresh black lug. He used this and sandeel to catch 10 whiting and a dab at long range to take the top spot. I fished small lug and lug tipped with a tiny piece of squid on a two hook loop rig to gain distance and caught 7 fish: whiting, a flounder and a sole for second place. Dan Jackson fished worm, squid and bluey baits at varying ranges and caught seven fish whiting, a dab and a flounder for third place. 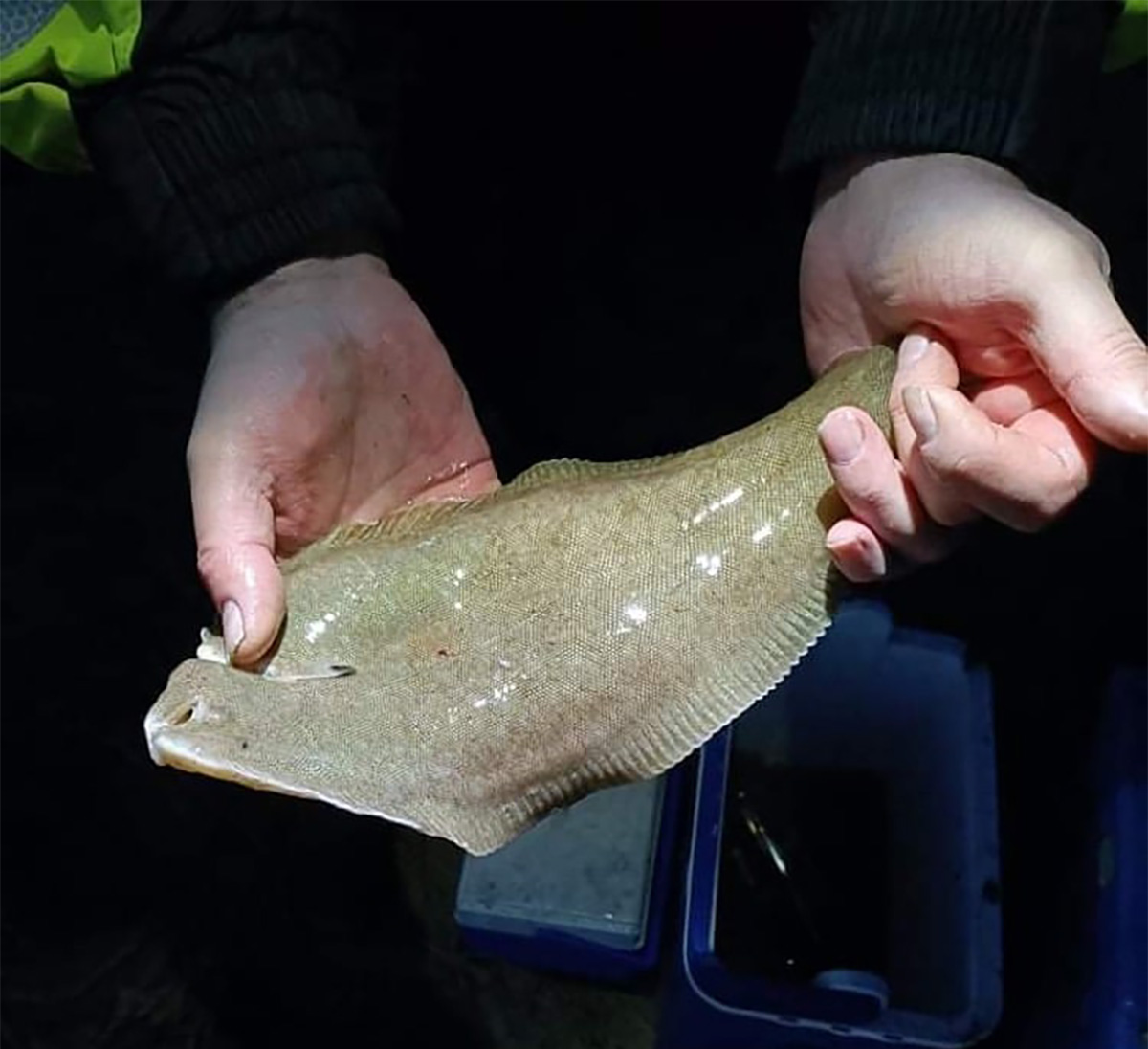 In fourth place was Paul Denholme 154cm who slugged it out with Paul Marshall on the next peg to push him into fifth place with a catch of whiting and a last minute rockling. Both anglers had six fish but Paul Marshall had mainly dabs and a couple of whiting for a shorter total length of 144cm.

The rest of the field caught at least one fish apart from Andrew Brown who unfortunately blanked, better luck next time Andrew. Ian Nelson recorded a respectable 6 fish for 136cm of whiting including a treble shot and the only bass of the match with a small schoolie at close range. A huge shock was Adie Cooper who despite his elite level angling ability only caught 3 fish for 58 cm in a barren peg 16. Likewise at the other end John Spalton (peg4) another very capable and experience fisherman could only scratch out 2 fish for 55cm which illustrates just how difficult the fishing was at either end of the match stretch. 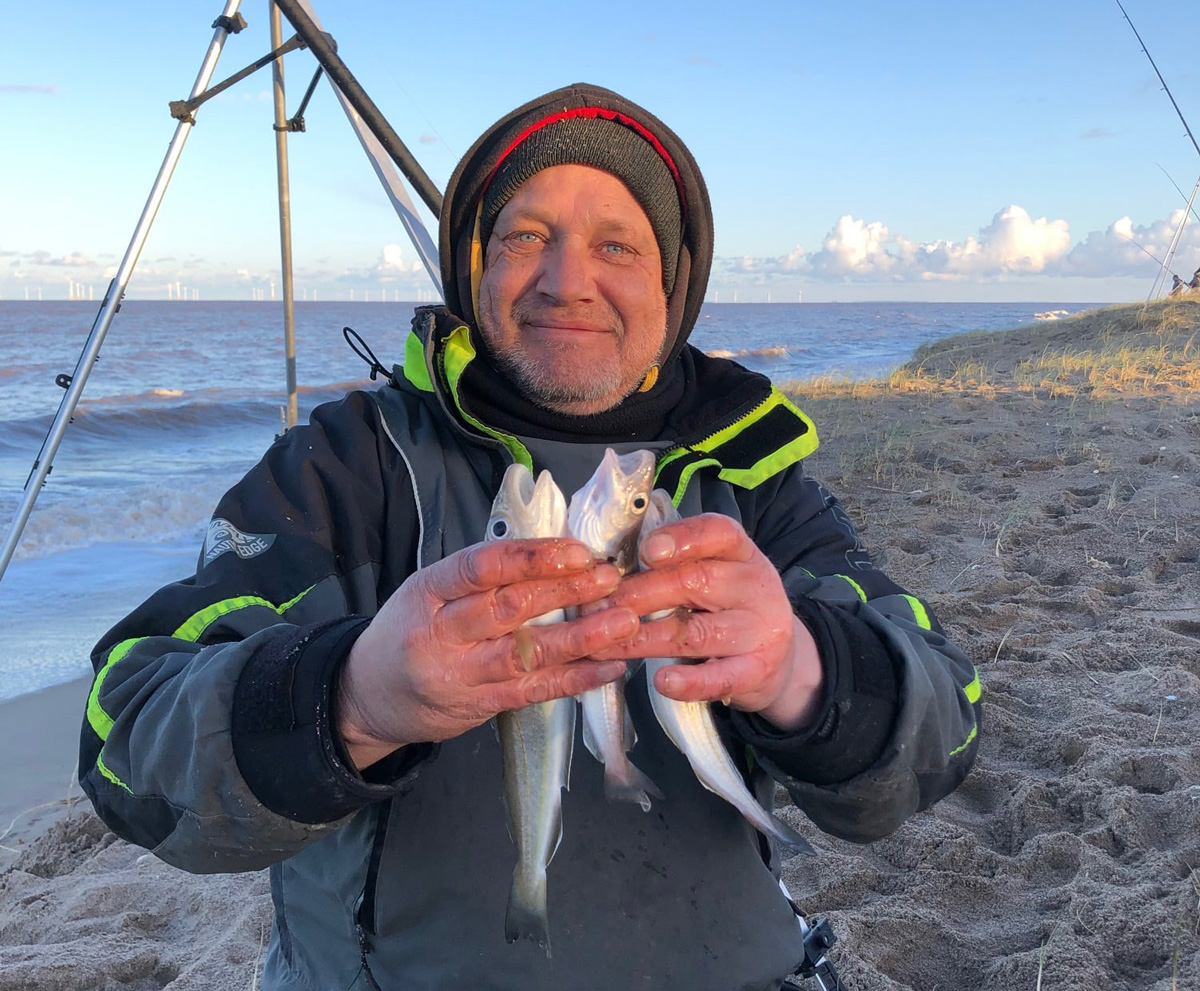 Ian Nelson with a triple shot of whiting

The match was fished to length (cm) with all fish caught and released being measured and recorded towards a total length. The angler with the longest aggregate of fish winning the match and prizes were paid out down to third place.

It was great to meet Kurt Whitelaw at his first match with the club and Andrew who joined the club on Saturday. Welcome along to the club to both of you. Kevin Warner travelled 3hrs from North Yorkshire to fish the match many thanks for your support Kevin and it was very interesting talking with you about arranging possible promotional activities to grow the club attendance at matches. 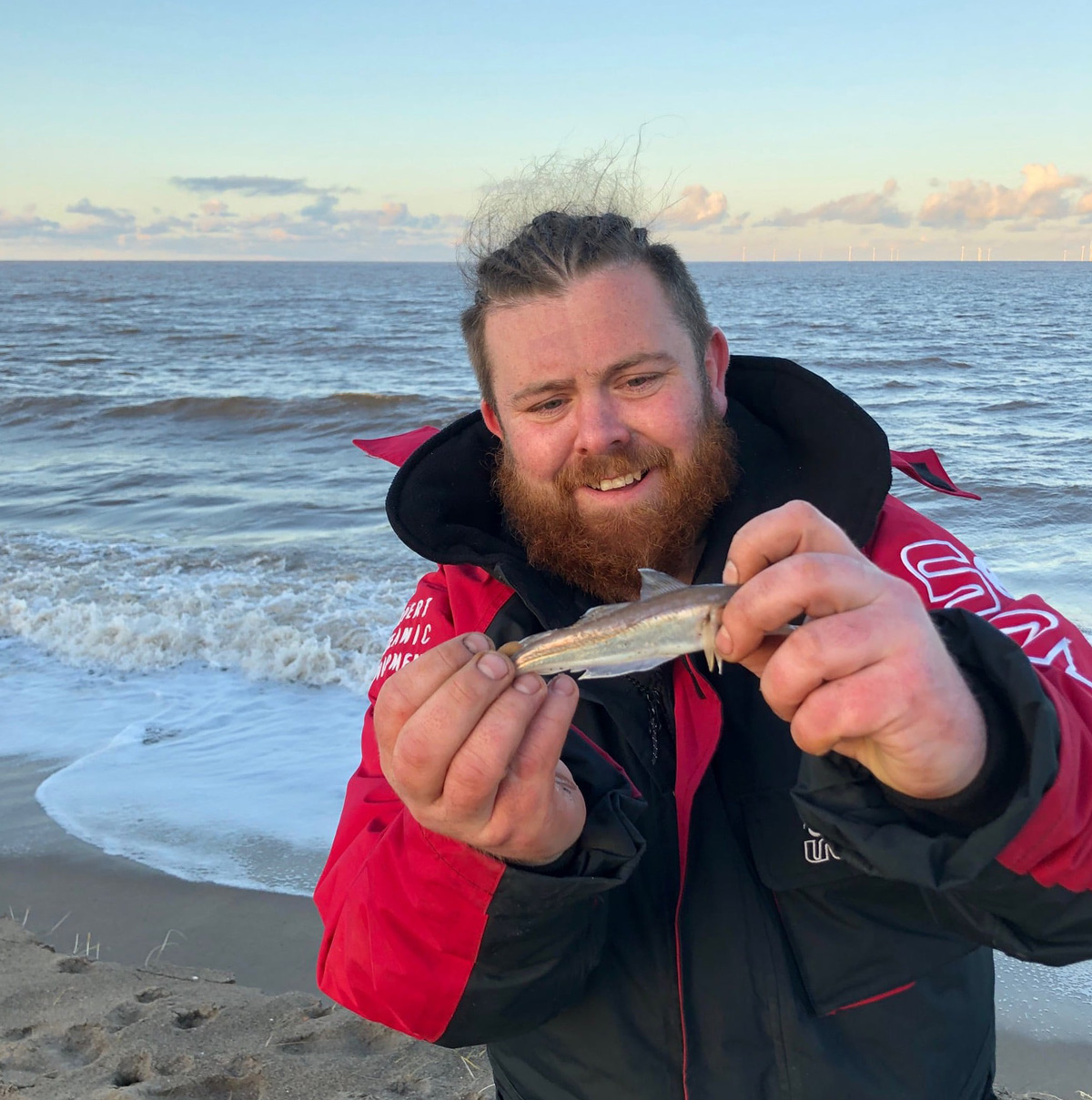 Kurt Whitelaw with a whiting

Also popping over to say hello was old club member Mark Holmes, an exceptional angler and caster nice to see you again Mark. We also had a visit from Craig who organises the RAF fishing team and had come over to have a look at one of the matches having heard a lot of great things about the club.

The rest of the matches for this year will be published after the monthly club meeting taking place this Wednesday where the times and venues are being finalised. I will post them here and the WhatsApp group and those not on either of these we will text directly either Chas or myself. 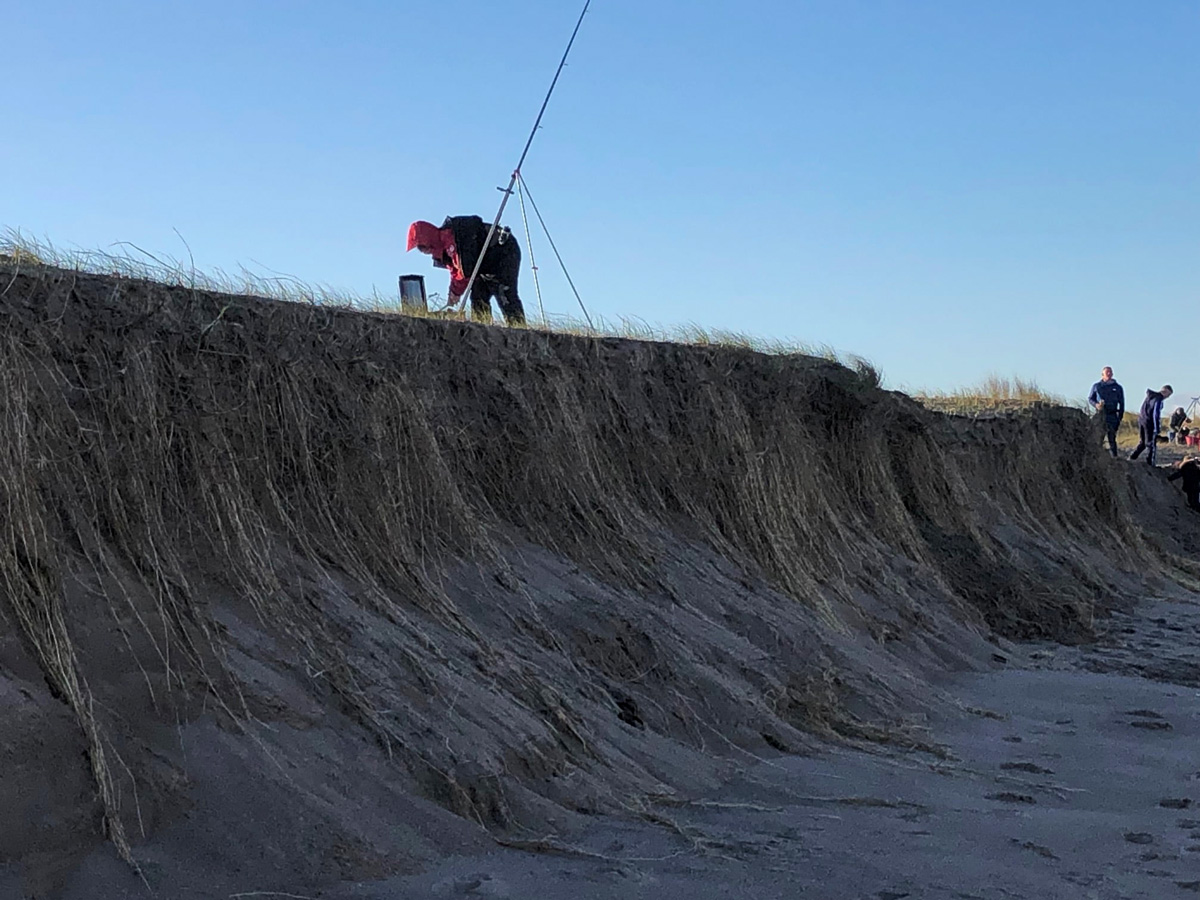 The beach at highwater sand cliff

Many thanks again and look forward to seeing everyone at the next match.