After last week’s poor showing on the sands of Walcott it was hoped that a return to the shingle of Salthouse, last fished January 2022, produce some decent fish. 16 anglers met by the roadside parking allegedly upsetting a few tourists and NT wardens along the way due to the lack of formal parking. The wind was blowing a “hoolie” but it was hoped that the shingle banks would afford some protection, they didn’t! Big thanks for all your birthday wishes, Simon.

Pegs were drawn at 6:00pm with pegs counting down from opposite the car parking area, still tough for the “short walkers.” It’s not an easy fishing beach walking on the expanse of shingle. With a kick off time of 7:00pm everyone made their preparations for a blustery/weedy night.

The tide was to peak at 21:24pm but the sea was racing and expected to be a high one. As the first casts were retrieved it confirmed our earlier thoughts that there would be a lot of frustration with weed, tide pulling to the right coupled with wee whiting. The early retrievers started to pick up the typical 24 – 26cm whiting, a few centimetres more and they could have been carded. 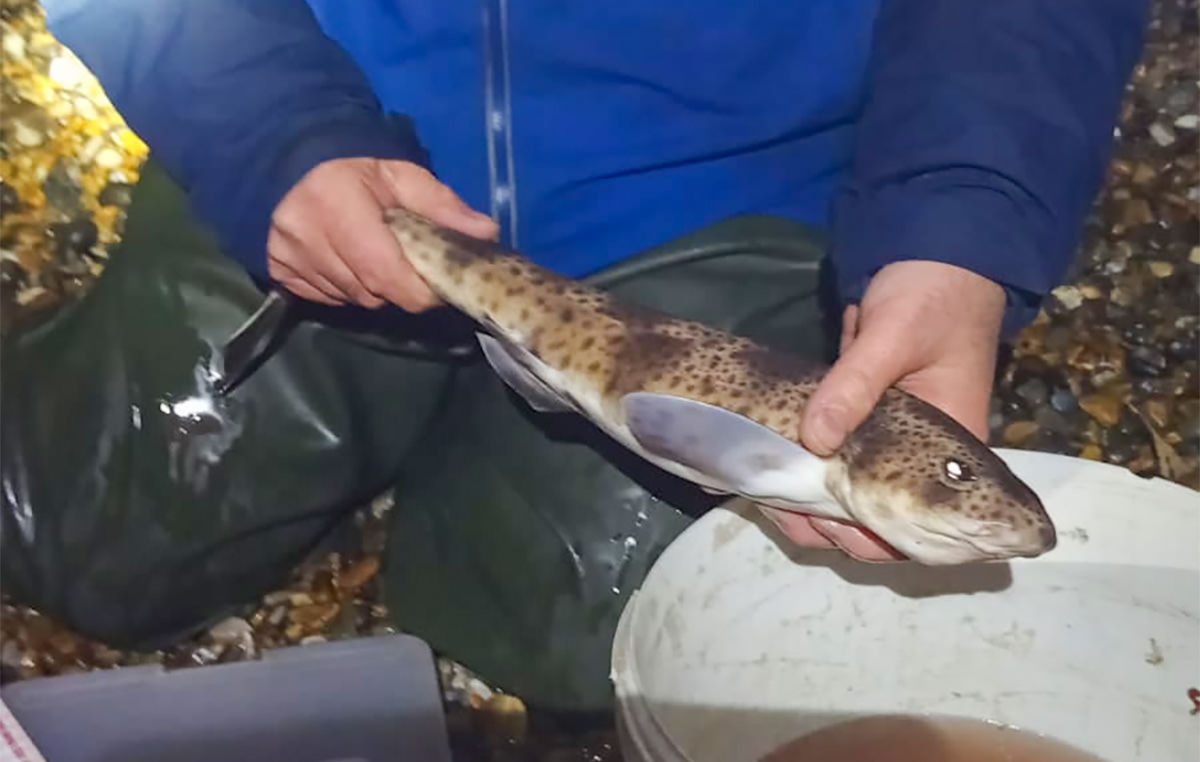 Neil Rowe (peg 1) pulled in the first carded fish, so match on. Despite early catches it was tough in the tide with birthday boy losing two leaders and traces in the surf. Then the wind started to ease a little as the tide came in, and so did the fish.

The move from the sands of Walcott to the shingle of Salthouse proved a wise venue choice with the average number of fish per angler rising from 1.6 average last week to this week’s 4.3 fish average. In total at end of the night 69 fish carded compared to 23 fish last week. Of the 69 fish caught 55 were whiting the biggest being 32cm carded by Leon Smith (peg 5) and Stephen Medlar (peg 12). 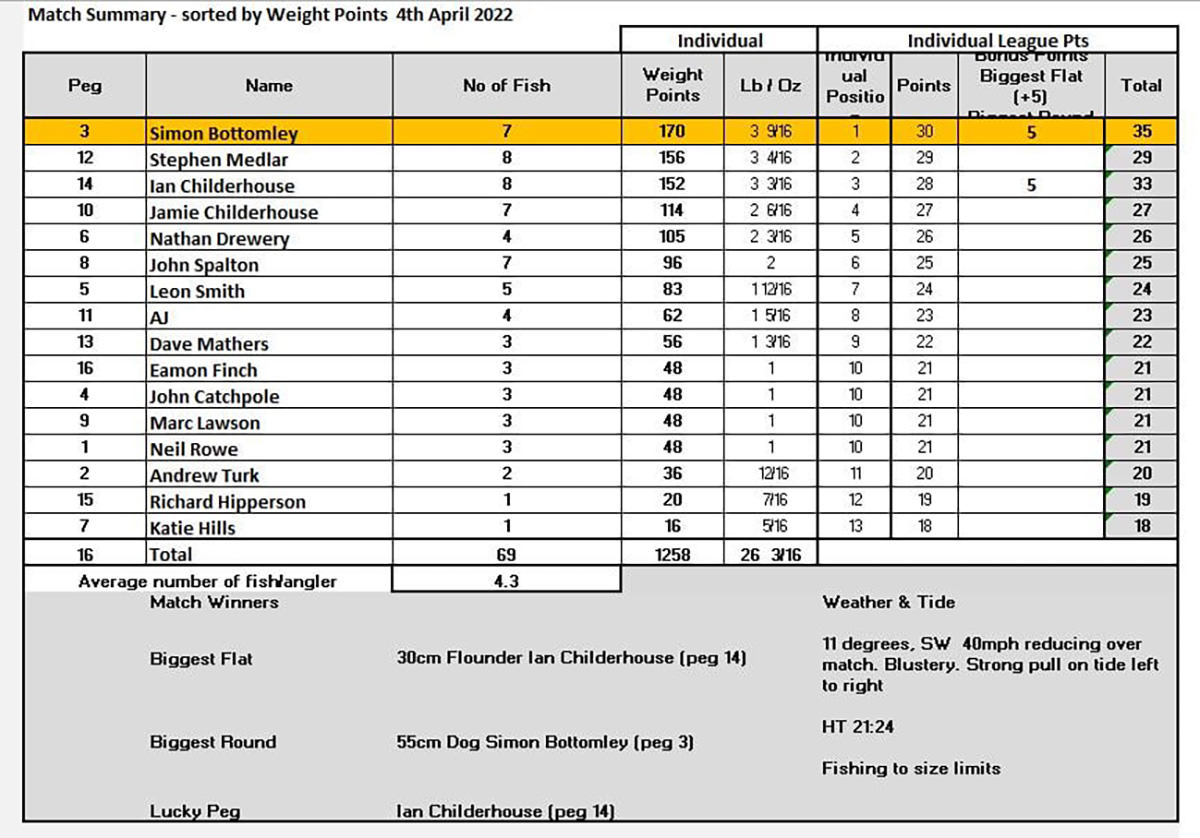 Next week’s match will be on the shingle at Weybourne. HT 15:47 – fishing the flood LT 22:35. Nathan / John S will be the bait/organising committee. See you the following week.