Bright breezy conditions and a large surf greeted the anglers attending the match on Saturday. A stiff easterly wind straight into the beach made fishing uncomfortable, casting any distance was difficult and to make matters worse plenty of weed in the water soon had all anglers struggling to hold bottom with their tackle being dragged to the right and into the beach within minutes of casting out.

The match was held in memory of the club’s former treasurer Bev Faithfull who was treasurer for 43 years and it was great to see Bev’s son James Faithfull present the shield along a bottle of whiskey for the lucky winner. This match is fished every year by the club in memory of Bev. 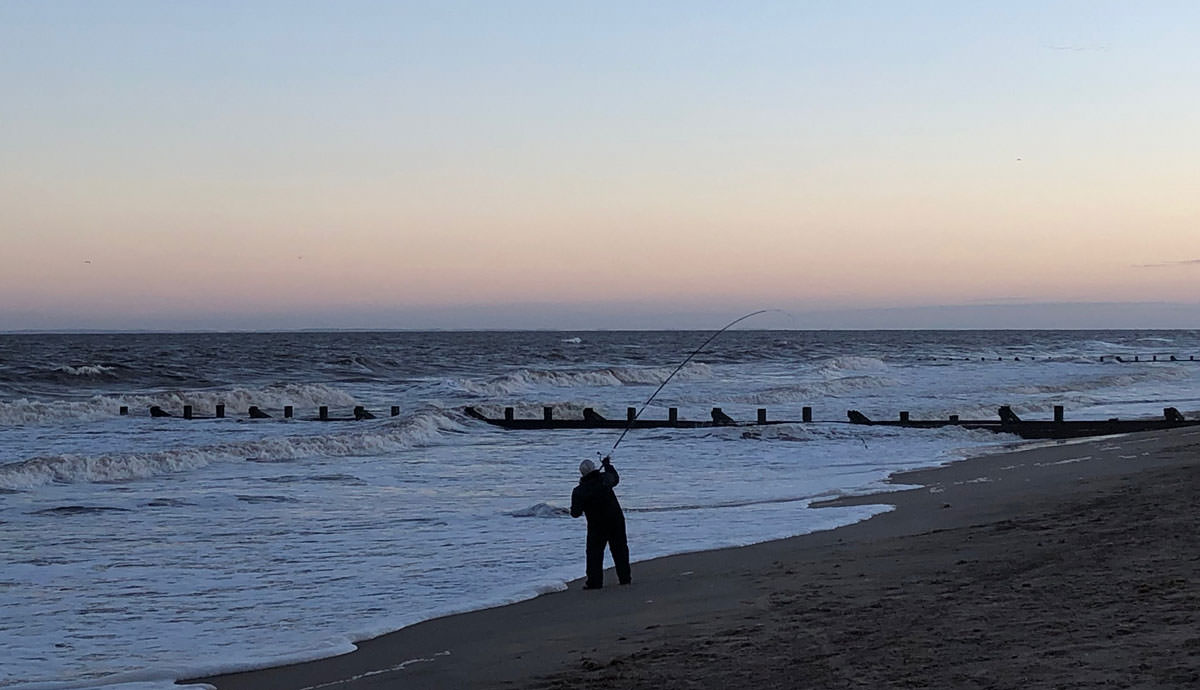 The first hour of the match was slow with Adie Cooper and Dave Shorthouse taking the lead with four whiting each and Adie losing one in the edge and snapping his line due to abrasion on a snag as his gear was washed into a groyne. Russel Parsons and Shaun Bullock had a whiting each and that set the pattern for the rest of the match. Although the fish where there the rough conditions made it exceptionally hard to present a bait well enough to catch them.

Dave alternated between a two-hook clipped down and a three-hook loop rig throughout the match. Firing these out using a flat pendulum swing with his AFAW tourney match and Daiwa SST millionaire he found the fish at long range in the flat water well passed the surf which stretched for around 70-80 meters. He realised that he could extend his fishing time before the weed and waves moved the line into the shallows by using a purpose made 6oz grip lead with thicker wires, this acted like a fixed wire lead and held for a few more vital minutes in the feeding zone than a standard 7oz lead. 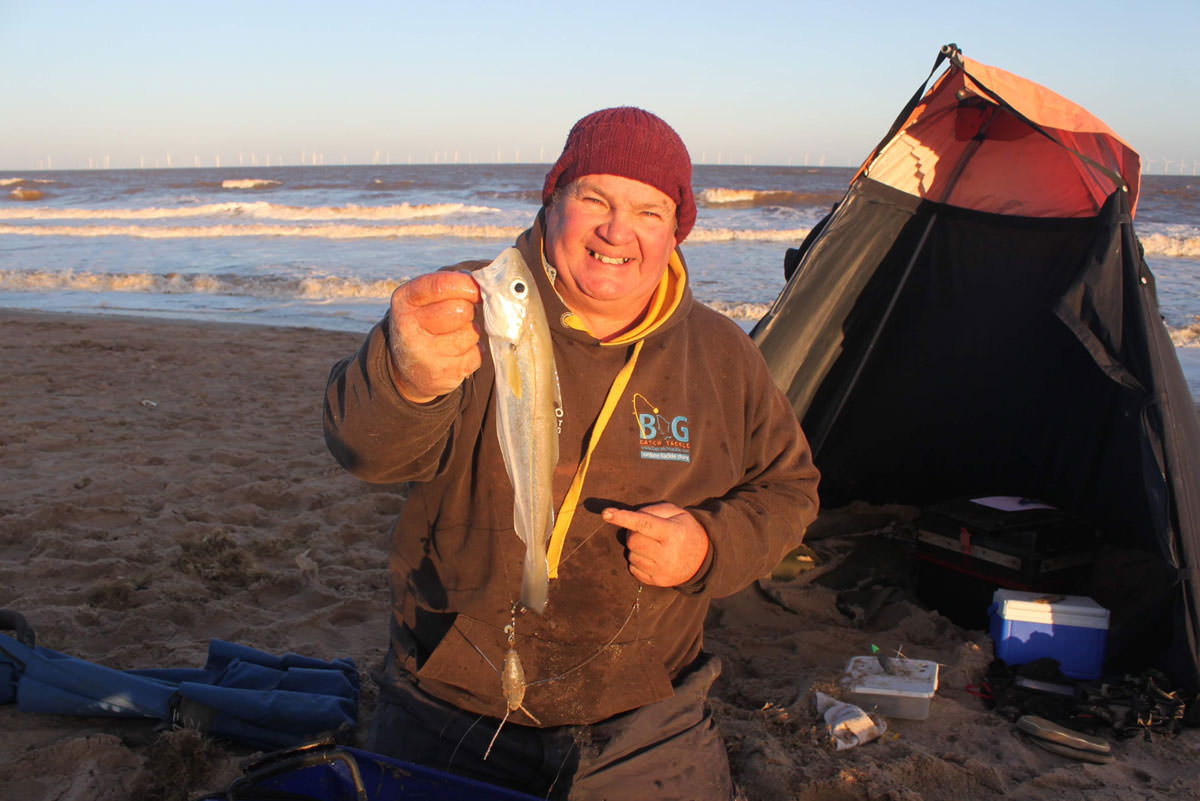 This meant he picked up two fish each cast in this longer window whilst almost everyone else along the match stretch struggled to hold at all and were fishing effective or half the time with only the odd fish. This combined with a finely balanced rigs with light razor-sharp hooks and very good quality frozen lug baits gave him the edge and he built up a winning catch of 501cm of whiting in horrible conditions.

In second place was Adie Cooper who drew a peg in slightly shallower water had his work cut out to reach the feeding fish and then he had to avoid snagging a groyne to his right as the tackle was swept quickly towards it by weed and tide. He pushed the limits of multiplier casting to catch fish, blowing up four reels during the match but by 4:30pm he had dropped back to second and had only five fish carded as well as snagging the groyne several times and losing rigs. 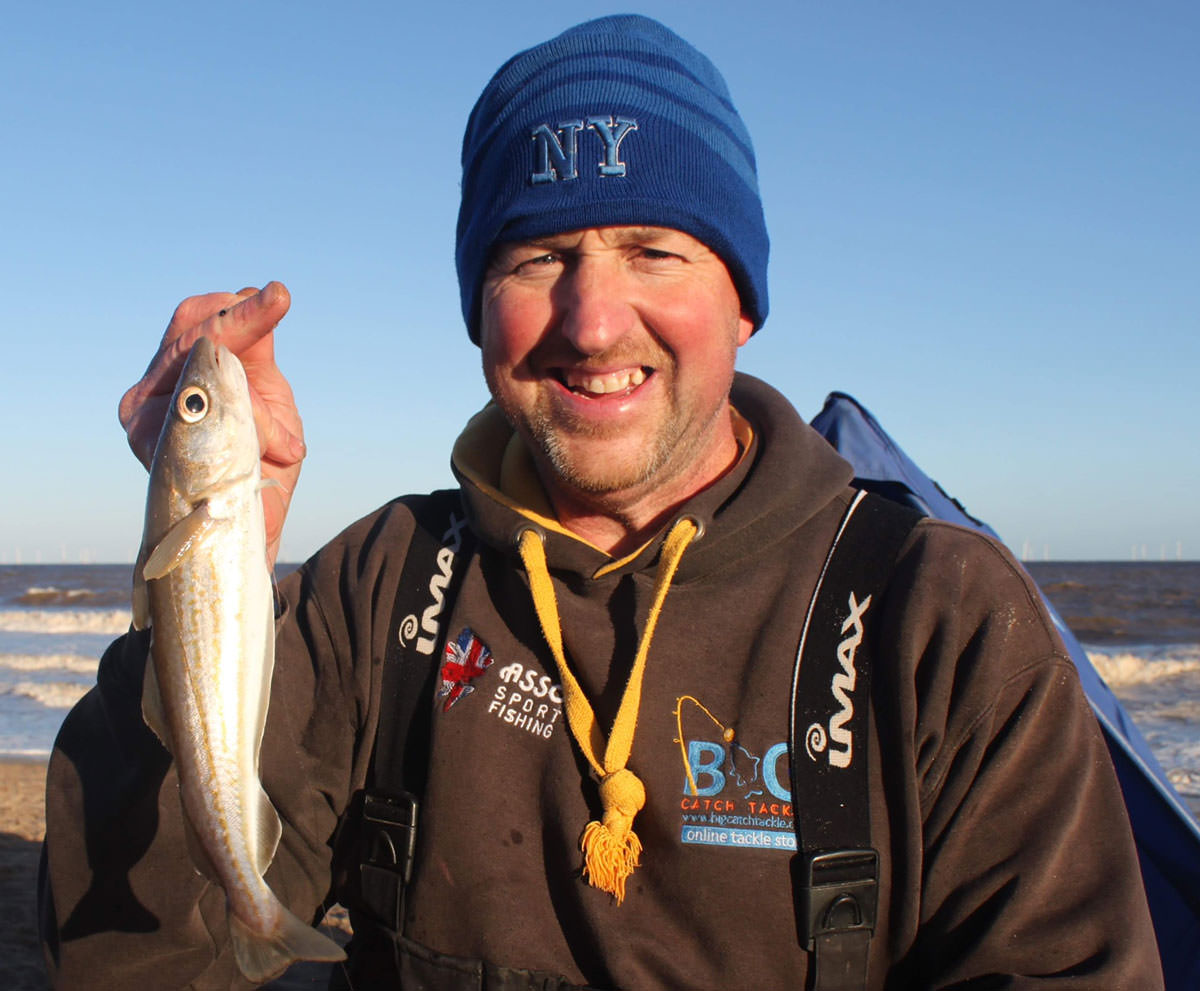 However, as the tide turned and ebbed in the opposite direction, he could at last avoid the groyne and made the most of the last half hour, accelerating his catch rate and carding nine fish with double and treble shots to finish with 14 whiting for 400cm at the whistle.

Shaun Bullock travelled down from Hull to fish with the club. He fished fixed spool and an Akios match rod blasting it out as far as he could. Shaun changed tactics from a two-hook clipped rig to a compact pennel pulley rig to gain extra range and try for a bigger individual fish (flounder bass or codling). 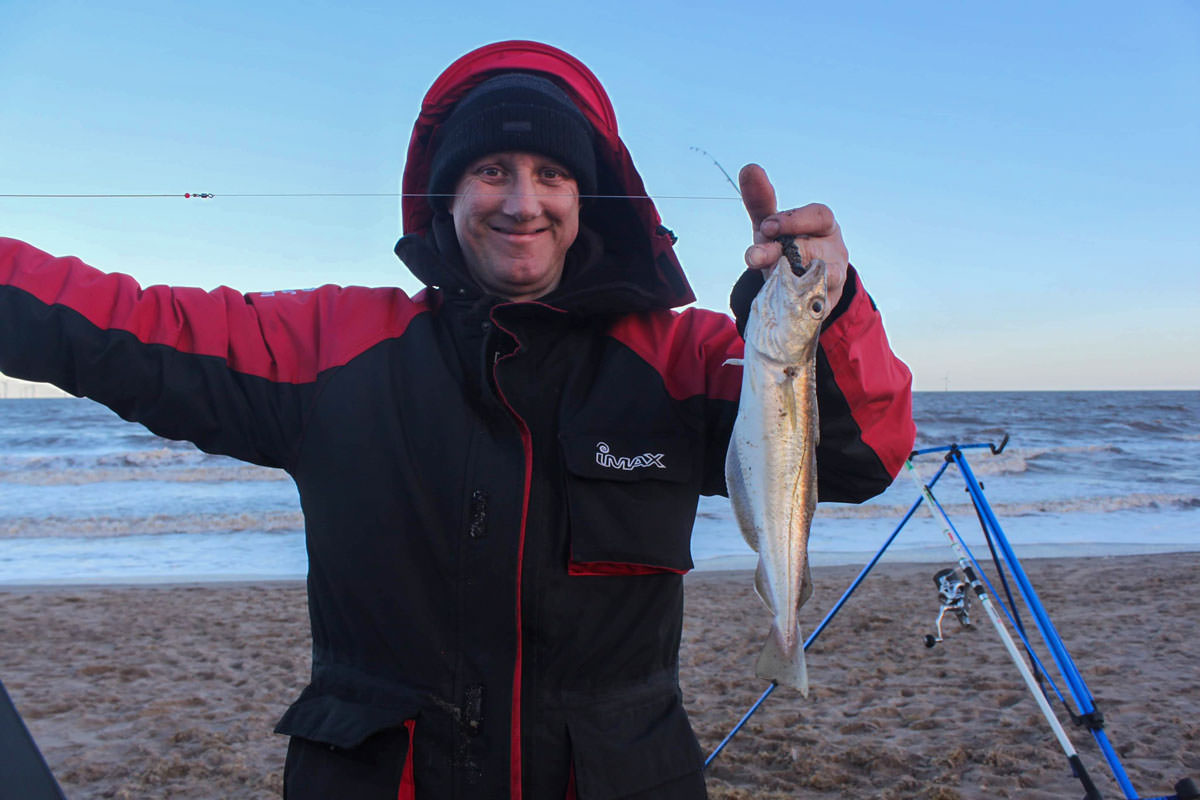 Third place Shaun Bullock with one of his fish

This changed paid off as the three whiting he did catch were decent stamp and together gained him 90cm and third place. Ian Nelson fished similarly to Shaun but his three fish total was 81cm and Russell Parsons had three for 78cm.

Another angler Rick Jarvis missed a chance at a decent fish having a cracking bite on frozen crab just behind the surf and unfortunately the fish got off in the surf as it snagged another anger’s line. Rik won the largest round fish using these tactics with a 35cm whiting. 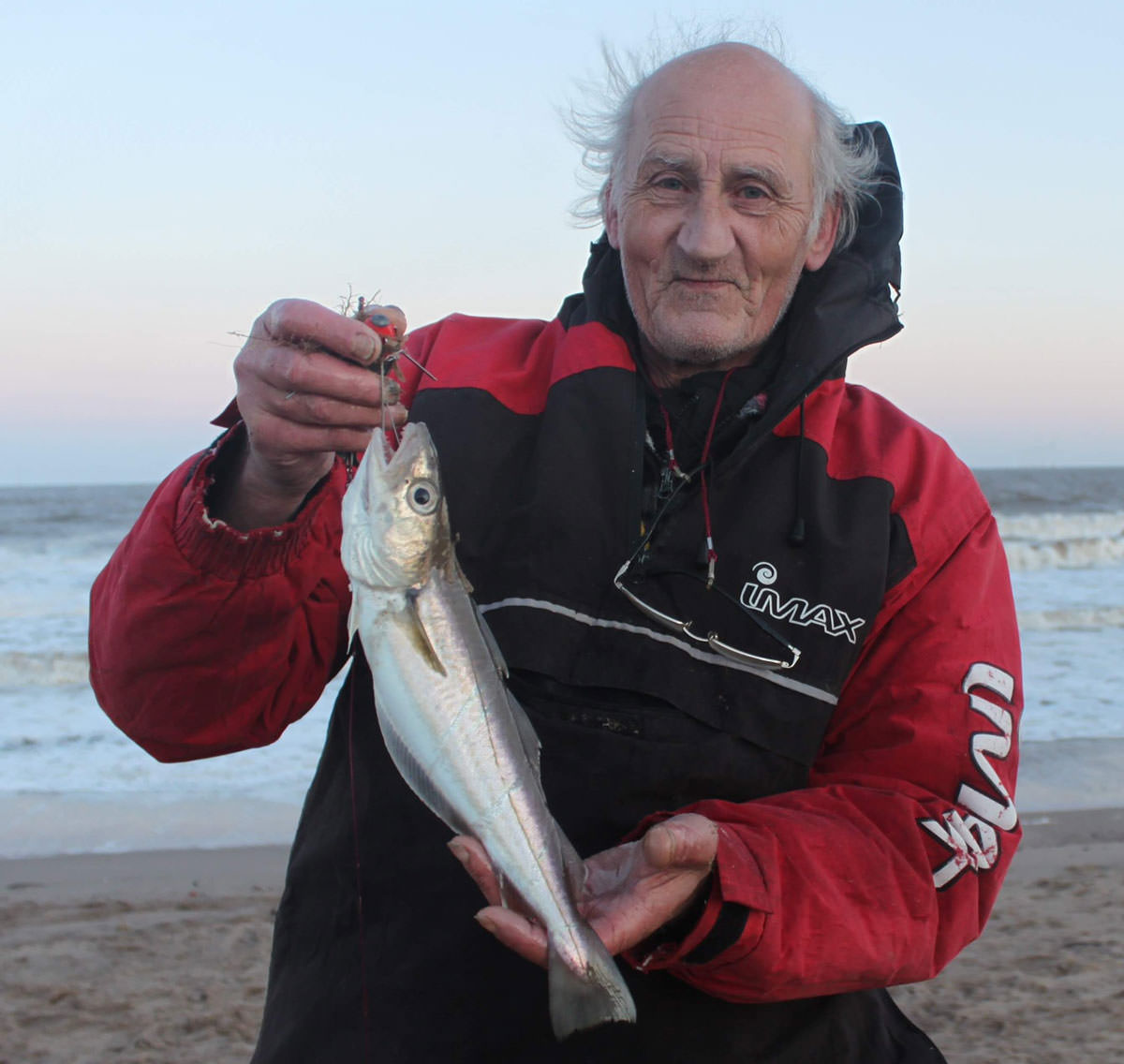 Rik Jarvis with a 35cm whiting for longest fish prize

The rest of the field caught nothing at all or struggled for one or two whiting.

The next match is planned for the biggest fish rover on the 4th of December, and we look forward to seeing you all then.