The Lancashire sea anglers have had some very good fishing with plenty of cod around but the gaps in the strong winds and rain are very short, so as a result there haven’t been many people able to get out to wet a line.

Dave Brown has been leading the way once again with multiple hits of cod from the beach. Dave fished for three hours and had fish every cast except his last cast. He ended up with five codling and five whiting. 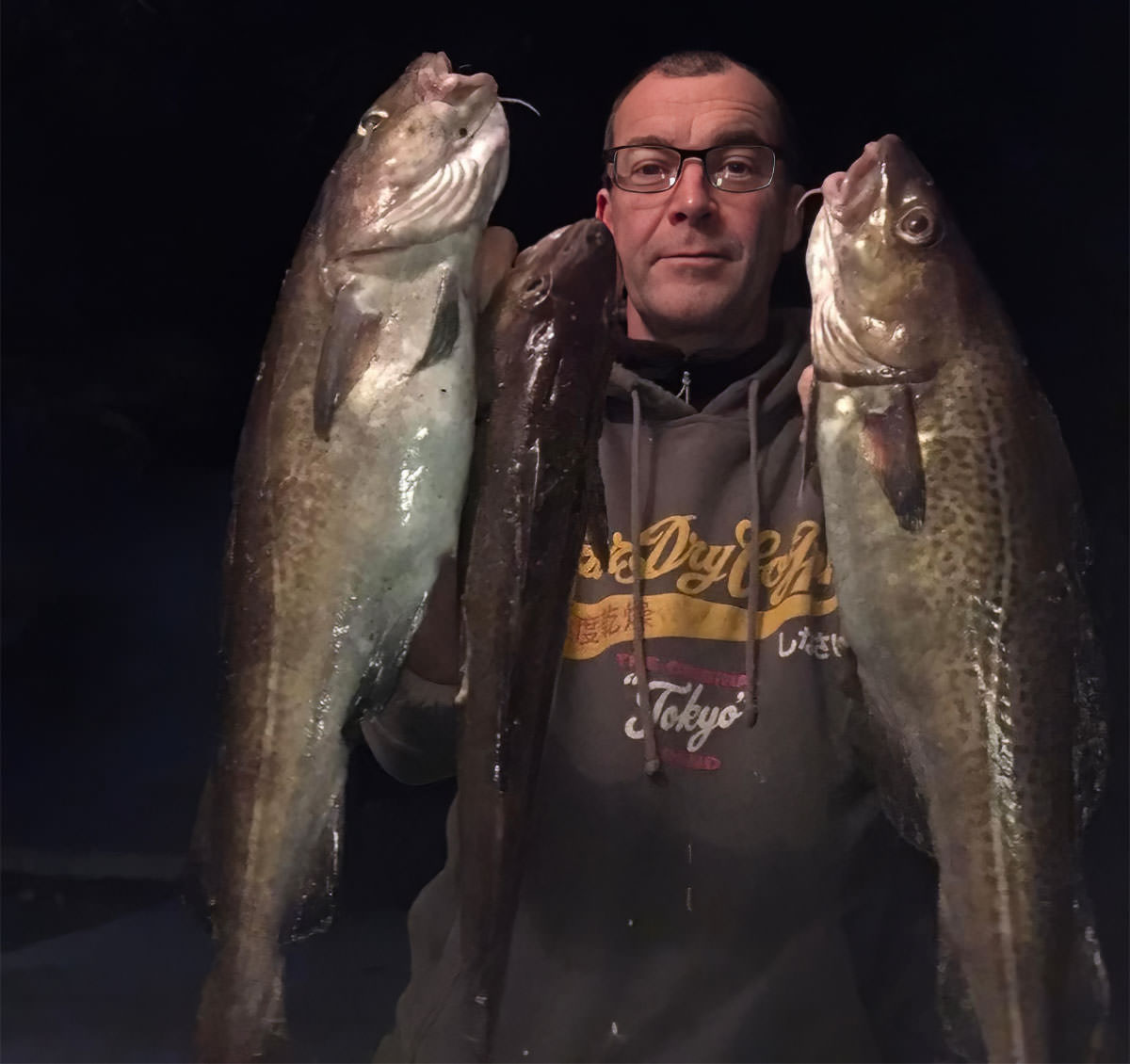 Dave with part of his catch

The weather was good for a whiting fest with a south east wind and a calm sea. There were plenty of whiting but not as many dogs and rays as expected.

Four rays caught and all taken by the money winners. It was a little peggy in parts with some anglers getting very little while a couple of pegs away there seemed to be plenty of fish. In the lower numbered pegs there were fish from the off and it soon became apparent that Andy Whiteside and Dave Hutchinson were catching consistently.

Up in the higher pegs, which seemed to be something of a fish desert, Lee Thornton was doing very well, but still behind Andy and Dave

And so at the end of the match it was a close call, but Andy came out on top with Dave runner-up and Lee a very creditable third.

So congratulations to club champ Andy Whiteside, and also well done to Dave Hutchinson and Lee Thornton for helping to make it an exciting final. All nineteen anglers caught fish.

Next club match is on Saturday Nov 26th at Beach Road with fishing from 10.30am to 1.30pm and the anglers will be fishing for the best cod.

On Sunday Nov 27th it is the Martin Green memorial match run from the Rossall tavern, see Hutch or Tony B for details, I hope as many club members as possible fish it.

Leyland and District Sea Angling Club fished a boat match match on the Mersey aboard “Whitby Crest” with skipper Andrew Armitage. They enjoyed great sport with the rays.

The biggest fish was a 7lb 15oz Ray caught by James Dewhurst.

In total there were over 105 rays and over 575lbs caught by the nine members and a guest fishing the match.

Another great day out on a flat calm River Mersey.