Last week’s spring sunshine saw many club members pleasure fish and get in a bit of practice on the many beaches in north Norfolk hoping for comparable results at tonight’s match at Walcott and back on sand. Expectation was a sunny evening’s fishing with plenty of fish. But what greeted those waiting in Walcott was sea mist/fog with winter like temperatures and a SE breeze.

But despite the inclement weather 14 anglers booked into to fish. At this point it’s worth mentioning those tucked up in their beds with COVID and fishing via WhatsApp messages, virtually – get well soon Jaimee/Marc.

With the tide ebbing (HT 16:46pm) we drew pegs for left and right of the slipway and with everyone ready for a 6:30pm start we hit the beach. The weather hadn’t improved when we set up, but all were still hopeful of good catches. In the gloom we saw Colin Bailey (peg 7) pick up a 50cm+ dogfish, followed fairly quickly by Leon Smith (peg 6) picking up also a dogfish, he went on to catch another 1 cm bigger. 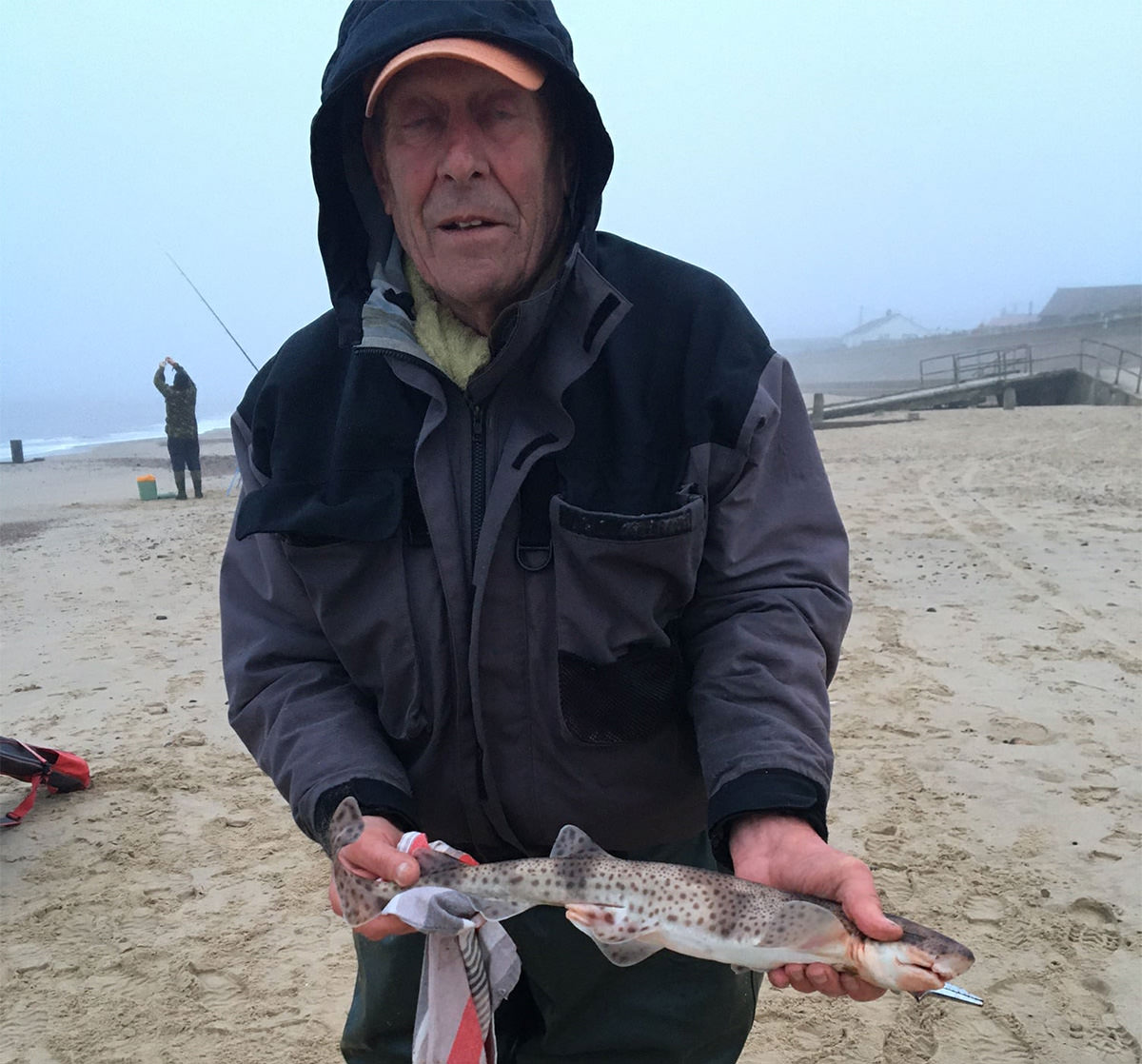 Further down the beach Andrew Turk on lucky for some peg 13 also picking up a 61cm dog, a nice 89 pointer. John Spalton fishing on (peg 1) seems to have had a close encounter of the third kind talking to Walcott’s famous star gazer, must have upset his fishing mojo – see John’s WhatsApp post. In an X File moment, he was mistaken for Patrick Moore. Sad but this was one of the highlights of the evening.

When the final check of the fish haul the numbers were low, 1.6 fish per peg average. In total twenty-three fish carded of which six were dogs with the biggest ones of 61cm shared between Andrew Turk (peg 13) and Simon Bottomley (peg 5), 14 were whiting with the biggest one being 33cm (well done Andrew Turk) and the remaining three rockling. But no flat fish caught. 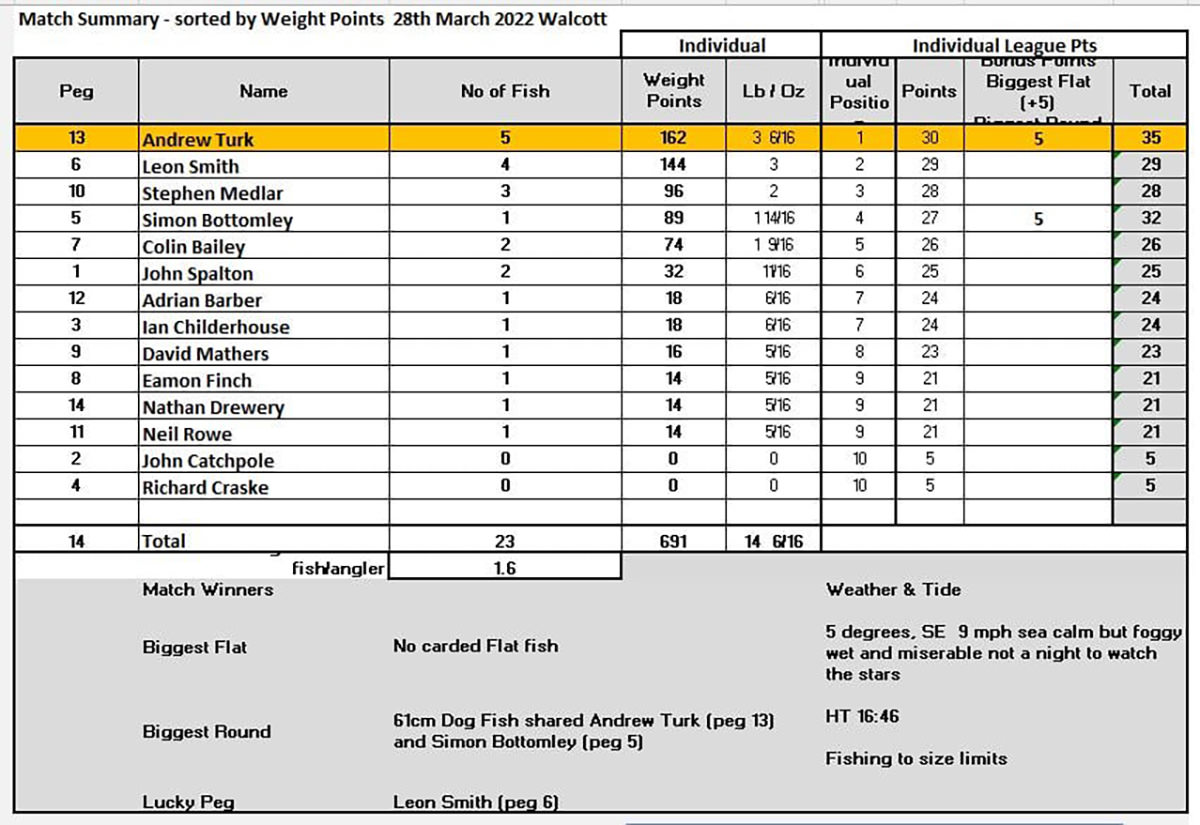 Well done all who fished in not the best conditions (weather and fish). See you next match, fingers crossed.

Next week’s match will be back to the shingle at Salthouse. High tide is at 21:24 so we will be fishing the flood.