After high attendances at Skegness Pier Angling Club (SPAC) matches earlier in the year, unfortunately a run of low numbers in the last couple of matches continued this afternoon,. Only nine anglers turned up to fish for the Dodsworth Cup at Trunch Lane. A “new” format was tried on this occasion, with the match being fished down to low water, instead of the normal timings of 2 hours either side of high water.

The smoothounds have been elusive so far this year; but “hound magnet” Adie Cooper used his prodigious casting skills to find some again, catching three 90cm plus hounds and a tiny sole, to run out easy winner with 288cm. Adie also won the longest round fish prize with his best hound, which hit the measure at 98cm.

Dave Burr also managed to catch a hound, then added a nice bass, to take second place with 123cm. Chapel local Rick Jarvis framed in third place with a couple of flounders for 55cm and also took the longest flatfish prize with his best fish at 32cm. 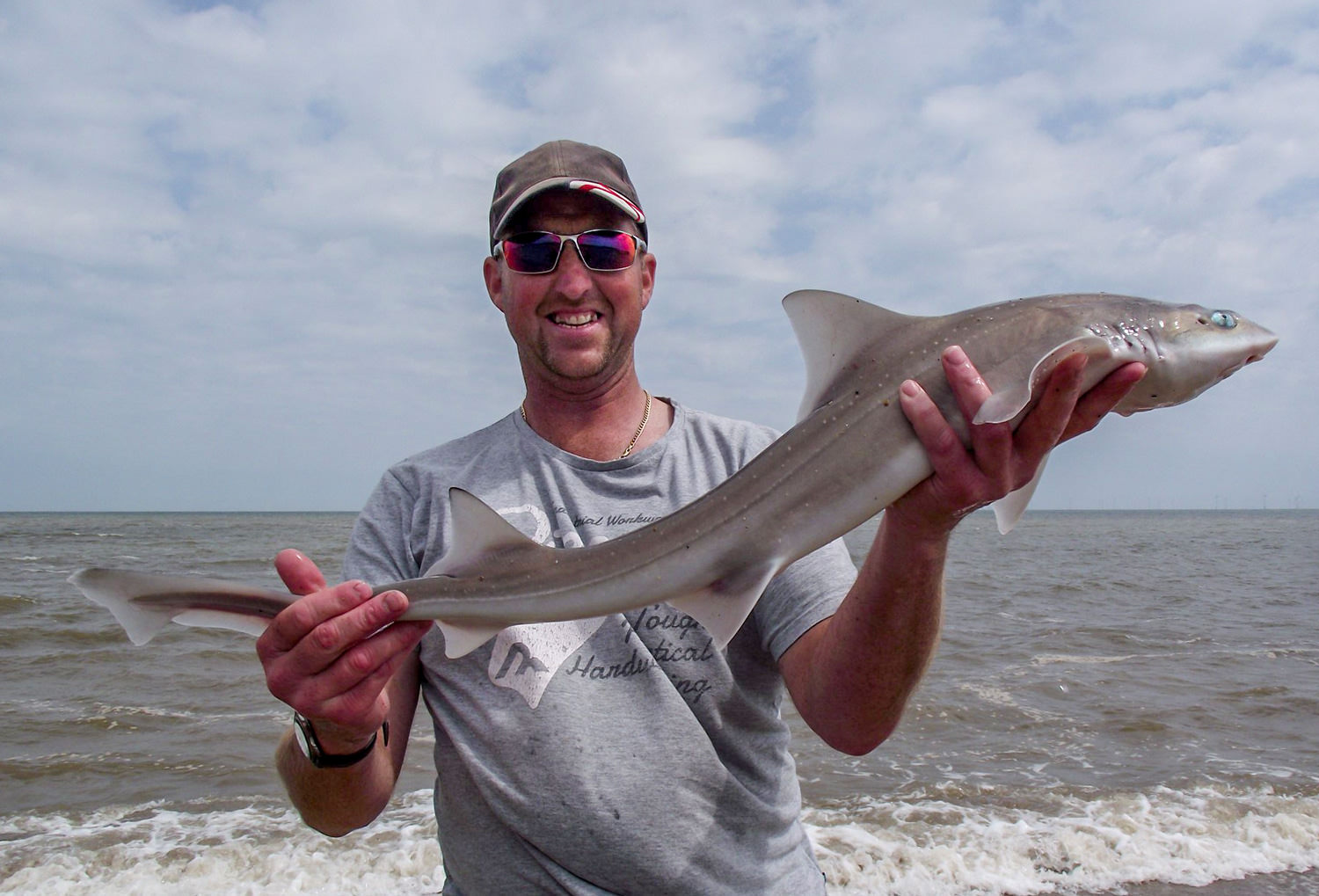 Adie Cooper with one of his hounds

Continuing his recent run of good form was Bob Foster, who was the only other angler to catch a fish, taking fourth place with a 27cm flounder.

Next SPAC match will be held on Sunday 19th August from 3:30 till 7:30pm at Winthorpe Avenue. Hopefully the fishing will have picked up by then! The match is open to all, so why not come along and have a fish with our friendly little club. Please pass on to those not on FB and contact me for further details.